Home » Mac » Where to Find the Best Mac Deals

Where to Find the Best Mac Deals 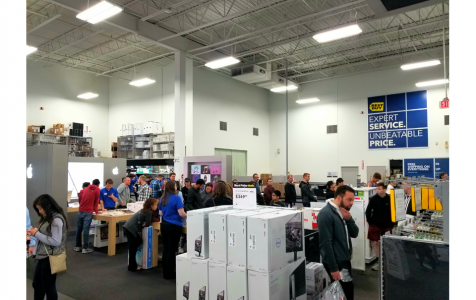 If you’re looking for the best Mac deals in the market, then this article is for you. It is easy to find Apple laptop deals online because most major retail websites sell Macs all the time. However, it is important to compare the price points first so you can be sure that you get the best deal out of every available offer. Whether you want a MacBook, a MacBook Pro, or a MacBook Air, comparing prices from various online retail stores will help you get the best price deal for the device you desire. So where do you find the best Mac deals? Read below to find out. 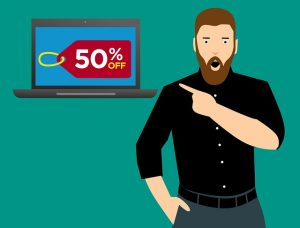 The MacBook Pro’s tagline says A Touch of Genius. And it definitely is. Apple has packed it with an even faster and more powerful machine inside the thin and light unit. MacBook Pro has also upgraded its display capability, featuring a 500-nit Retina display and a powerful Radeon Pro discrete GPU, making it the brightest and the most colorful display ever.

The newest and most prominent feature of the new MacBook Pro is the Touch Bar. It replaced the function keys allowing Mac users to instantly access the tools that they need with a touch. This feature was introduced in 2016 and was replicated in the 2017 models. Some of the features in the Touch Bar include system controls like volume and brightness, answering iPhone or FaceTime calls, selecting colors for certain applications, emojis, and the traditional function keys usually found on the upper part of the keyboard. The MacBook Pro also features a speedy SSD or solid state drive storage that allows you to save and retrieve files in a snap.

With the 2017 update, the MacBook Pro got even more powerful when it comes to streaming and media editing. The new Kaby Lake processors mean smoother real-time performance when rendering 3D graphics, editing high-resolution videos, and top-notch responsive performance for graphics-intensive computer games. Here are the latest deals for MacBook Pro with Touch Bar:

The overall dimensions are the same as that of the MacBook Pro with Touch Bar, which is 1.49 x 21.24 x 30.41cm. The weight and thickness are also the same – 1.49cm thick and 1.37kg in weight. The Touch Bar may be absent, but you can rely on the tried and tested row of function keys to work your way around apps.

The MacBook Air is a classic and sturdy laptop. Although the update was minimal (an upgrade from 1.6GHz to 1.8GHz for the processor and an increase in RAM from 4GB to 8GB), it still remains one of the most affordable and lightweight laptop in the Apple lineup. Nonetheless, if you’re looking for a reliable computer for work or study, then this computer is perfect for you. It still carries the old Intel ‘Broadwell’ processor from the 2015 model and an Intel Core i5 processor which has been upgraded to 8GB. The MacBook Air is fast enough for light computer processes such as browsing and streaming media.

It has been three years now since the relaunched of MacBook in 2015 and it came with a couple of changes. One of the important changes is the enhanced butterfly keyboard. The butterfly keyboard was introduced in the 2015 MacBook model to make way for the slim and compact look. Unfortunately, the keys were highly criticized and it took some time getting used to. The 2017 model introduced the second generation of the butterfly keyboard and it proved to be a huge improvement compared to the first version. Aside from the new butterfly keyboard, upgraded chips were added to the new MacBook. Instead of the old m5 and m7 chips, MacBook 2017 is now available with m3, i5, and i7 chips.

These are the new MacBook 2017 models:

If you’re looking for an ultra-portable laptop with a sleek design but with better performance, then the MacBook 2016 is what you’re looking for. It is an ideal for on-the-go people and the unit doesn’t look much different compared to the 2015 model.

The difference, however, lies inside. Instead of the Broadwell processors, the new MacBook now uses the Skylake processors. MacBook 2016 also comes in two configurations:

The improved MacBook allows you to complete demanding tasks at faster and easier rate. Check out the best MacBook 2016 deals below:

This model came out early 2015 and despite the minimal updates, this MacBook Pro remains one of the top choices for Mac users. The MacBook Pro comes with the new Intel CPUs, faster RAM, longer battery life, and an improved Force Touch trackpad.

The changes have made the MacBook Pro model perfect. With better performance and longer battery life, this is suitable for users who are always on the go. See below for the latest deals on MacBook Pro 13-inch with retina display.

If you’re searching for a bigger-sized laptop within the MacBook makes, then you need to consider the MacBook Pro 15-inch with retina display, which was released last 2015. Even though it’s not as compact as its 13-inch counterpart, this MacBook Pro makes up for it through its impressive specs.

Although this model of MacBook Air won’t win in the beauty department (the design could use some update and it has a lower resolution display compared to its competitors), it is powerful enough to complete your tasks efficiently. This MacBook Air is super-fast with its 5th-generation Core processor and has longer battery life compared to other portable computers out there. Some of the features that make this a good choice include excellent battery life (14 hours), strong overall performance, and comfortable keyboard. It also features an upgraded flash storage which promises more option than its previous predecessor. View the latest MacBook Air 2015 13-inch deals below:

This old-but-not-forgotten laptop was considered 2014’s best MacBook Pro. And It’s still a brilliant laptop even by today’s standards. It has excellent build, great keyboard (for those who prefer the old-style keyboard), and a good battery life. Although it is lacking in the graphics department, its strong performance and endurance are more than enough to make up for minor weaknesses. Check out the latest deals below for MacBook Pro 2014 13-inch with Retina display:

If you’re looking for slim laptops, then this model is the perfect MacBook for you. Weighing just 2lbs, this MacBook delivers a groundbreaking design that screams ‘future’. However, this design comes with a price— it only has a single USB-C port, and this single port is all you have to handle power, data input and output, and accessories and display connections. So, despite being amazingly portable and having a gorgeous display, this laptop may not be for everyone but if you can live with the model’s limitation, then this laptop is a good choice with its 1.1GHz Intel Core M dual-core processor with Turbo Boost to 2.4GHz, 8GB of RAM and 256GB PCIe-based flash storage. View the latest MacBook 2015 deals below:

Armed with a fourth-generation Intel Core i5 processor, the MacBook Air 2013 delivers a decent performance. But that is not the best thing about this MacBook Air model. What really makes this model stand out not only among its competitors but within the Apple laptop products is its battery life. Even with only the Core i5 processor, this MacBook Air can last up to 15 hours. That’s more than 5 hours of the standard battery life among computers of the same generation. It is also lightweight and portable and is less expensive than the previous generation. The downside? The lower screen resolution compared to its competitors and the fan can also get noisy when playing computer games. Check out the best MacBook Air 13-inch deal below:

Once you find the perfect Mac laptop for you, take care of it properly by keeping it clean, installing anti-virus, and cleaning up old files using Outbyte macAries. By having a proper maintenance regimen, you will enjoy your Mac for several years and won’t probably be searching for the best mac deals until then.