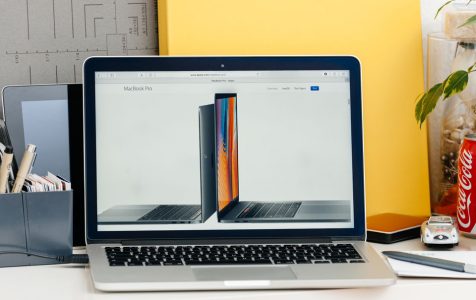 The Mac versus PC debate has been going on for years now. It began because some Mac users don’t like the thought of using Windows computers thinking they are slow and insufficient, and Windows users think that Macs are impractical to use. So, here’s our take on finding out the truth. Are Windows computers really slow or Are Macs too expensive?

11 Factors to Consider When Choosing Between a Mac or PC

In this article, we are going to provide a fair comparison between the two. We will have a closer look at each computer’s technical specifications and evaluate their unique features based on certain factors that include price, security, software, etc. Here are some factors to consider before you choose between a Mac or a PC:

In the early years, Macs were known to have faster boot up times than Windows. But with the rise of Windows 10/11, the boot time of Windows computers have significantly improved, making them faster than macOS X. Just in case you are wondering how boot time is reduced, it is because of the hard drive used. The modern Macs and Windows PCs use SSDs, which are the most recent hard drive technologies.

Apple is working hard to make their Mac computers as compact and sleek as possible. To be able to do that, they try to integrate individual parts to each other, which they manufacture. Therefore, when a Mac needs to be fixed, expect more than one part to be replaced. Windows PCs, on the contrary, can be easily repaired because the parts are readily available in stores. Although the repair costs for the two devices are somewhat similar, Mac is still a bit expensive considering the prices of multiple parts that need to be repaired.

Long ago, Mac had an edge when it comes to drivers because Apple manufactured their own driver. Windows, on the other hand, relied on different interchangeable components, which had to be obtained from external manufacturers. Then again, in the past few years, most devices for Windows no longer require the installation of drivers because they are designed to be simply plugged and played.

Throughout the years, computer game developers have been showing support for Macs. But due to security reasons and the fact that more computers run on Windows, developers are more likely to build games that run on Windows. Except for the most recent Mac models like the Mac Pro, there are no other Mac computers that can keep up with other gaming PCs that have a dedicated graphics card.

If we talk about operating systems, both Macs and Windows are highly capable and fast. So, in this category, the needs of the users, as well as their personal preferences, are to be considered.

It is true that Macs are generally more expensive than Windows PCs. But as they say, you get what you pay for. Apple computers are well-built with advanced components, whereas not all Windows PCs are.

Whether it’s a desktop or a laptop, newer Mac models are known for their high quality. Plus, they’re visually pleasing. Windows computers can be customized, from the internal components and monitors to cases. That only suggests that their build quality varies. Yes, you can find high-quality Windows PCs, but you can also find PCs with poor quality.

Macs are known to have fewer security risks. In fact, the chances of them getting viruses are very low compared to computers running on Windows. Additionally, if we consider the number of individuals using Macs and Windows, it’s quite obvious that many are running their PCs on Windows. So, if you are a hacker, you’d probably want to outsmart the bigger population using Windows PCs, right?

Through the years, the number of available software created for Mac has increased. In fact, they can already be accessed and downloaded with ease online. One of the most popular software for Mac is Mac repair app, which is used to clean and optimize a Mac for optimal performance. However, in the computer software industry, Windows PCs seem to dominate with over 100 free programs available. The reason why Windows PCs win in this category is that developers prefer to create software for Windows devices because they have better chances of getting a positive return on investment.

To date, there is no Mac model with a touchscreen capability. That means Windows PCs have an edge in this category.

Mac versus Windows: Which is Better?

These days, there are lots of computer manufacturers, particularly in the Windows arena. Every one of them offers several dozens of computer models to choose from. So, before you make a purchase, be sure to compare the most recent models that have similar hardware and software components. For instance, take note that a Windows XP is way too outdated. Comparing it to the latest MacBook is like comparing a Volkswagen Beetle Cabriolet to an 812 Superfast Ferrari.

If you think that a Windows computer sounds like the perfect choice for you, take a look at our best picks:

A popular desktop PC, Dell Inspiron 24 3000 offers the perfect blend of desktop productivity and laptop functionality, making it an ideal computer for families. It features a 24″ full HD screen, 500 GB internal hard drive, 8GB RAM, and an Intel Core 2.3 GHz i3 processor. Additionally, it comes with a set of integrated speakers, a webcam, as well as an 802.11 ac wireless, so you need not worry about decluttering several rolls of wires on your desk.

The computers manufactured by Asus stand out because of their unique and sleek designs that resemble Apple computers. However, among the models they released, Asus Zen Z240 has caught the attention of many with its 16 GB RAM and SkyLake Core i7 processor. This model also boasts an incredibly sharp 23″ display, which means watching movies here will make you want to prepare more popcorn and not look away!

Do you always work from home? If that is the case, you might need a reliable desktop like Acer Aspire AIO. Powered by Windows 10/11, this computer is priced reasonably. Its most notable features include the 2.2 GHz Intel Core i5 processor, 8GB RAM, NVIDIA GeForce 940M graphic card, 1 TB hard drive, and 2 GB dedicated video memory.

If you’ve got a taste for Apple, check out these top Mac computers we’ve listed for you:

If you are looking for advanced internal specs and unique body design, the 2017 MacBook Pro with Touch Bar might just please you fastidious taste. This device is a marvel to behold with an upgradable RAM, storage, and processor.

Do you want a Mac with a big screen? There is an iMac that suits you, the 2015 iMac with 5K retina display. This comes with a choice between a Fusion Drive storage or 1 TB HDD, as well as two Intel Core i5 processors. If you are a designer or an illustrator that always deals with pixel-heavy visuals, this iMac’s 5K retina display is something to take advantage of.

Known for its light, thin, and space gray design, the 2016 MacBook Pro is considered one of the most capable MacBooks in the market. Though it’s one of the most expensive MacBooks today, its features will not disappoint. Its CPU is powered by a quad-core Intel Core i7. It also has 16GB RAM and 15.4″ retina display.

Now that you’ve finished reading our article, you should be able to tell which computer suits you best. And don’t worry, it’s already the golden era of computers. Whatever computer make or model you pick, you get your money’s worth.