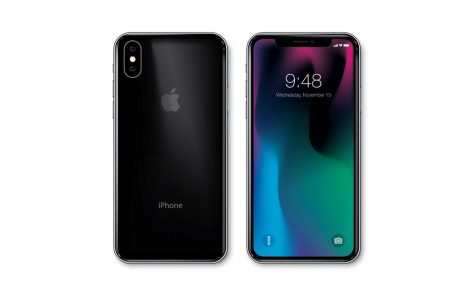 Since the iPhone XS was launched last month, many iPhone experts have conducted their drop tests to see how durable the new iPhone is. The iPhone XS and XS Max are Apple’s newest products, and the company has claimed that these new iPhones are “covered on the front and the back with a new formulation of glass that is the most durable glass ever in a smartphone.”

Many iPhone experts were skeptical about this statement from Phil Schiller, Apple’s marketing chief, because last year’s Apple X didn’t fare well in the drop tests. Drop tests showed that the Apple X would crack at the first drop (from around 3ft high), even with its stainless steel frame on. The phone could handle everyday wear and tear, but dropping it is out of the question because it would only take one drop to break the iPhone X glass.

The iPhone XS drop test, on the other hand, looks more promising. According to drop tests conducted by tech experts, the iPhone XS wouldn’t crack when dropped from various heights.

What is a drop test?

Most smartphones today, whether they’re high-end or mid-range, have glass backs. This is because aside from the aesthetic value of glass, there are other benefits to using this material on smartphones. Aside from looking great and giving a sense of luxury, glass is more compatible with wireless charging, one of the key features of flagship smartphones now. Using glass will also make Wi-Fi, LTE and Bluetooth signals stronger without having to embed chunky antenna lines into the frames.

Here are some of the flagship phones that feature glass backs:

The era of aluminium phones is over as most major phone manufacturers are switching to glass — except for Blackberry.

But there’s one thing we can’t deny—glass is fragile. No matter how glass manufacturers claim that their products are durable, nothing changes the fact that glass breaks after being dropped from a certain height or after applying some pressure.

The drop test measures how durable a phone is and how much damage the phone experiences after being dropped from multiple heights. Some phones break easily, while others work just fine except for a few scratches. The drop test reveals which phones are worth our dime so you can decide which phone to purchase next.

Take note that the drop test only evaluates the hardware of the phone. The software is a different matter which can be tested using other methods.

To make sure you maximize your device’s performance, you can use an app such as Mac repair app to get rid of junk and speed up your device.

Ever since the iPhone XS and XS Max were launched last September, several phone experts have conducted their iPhone XS drop test to check whether Apple is lying or not.

Here are some of the notable iPhone XS drop test results posted online.

Nelson of JerryRigEverything tested not one, but two iPhone XS units —one was a naked iPhone XS while the other one was covered with a cheap $5 case from Amazon. Both phones were dropped from knee, hip and ear height to mimic the most common cases of phone drops.

Theoretically, you would expect the naked iPhone XS to gain some scuff marks when dropped on its corners, or the glass to break if it fell flat on that side. And if you dropped it from your ear, the glass should break.

Whenever you drop your phone, it feels like it is your heart that is actually falling on the floor, especially if you have a really expensive smartphone like the iPhone XS or XS Max. So when Apple claimed that the glass on their newest iPhones is the toughest one on the market, that’s probably the best news every clumsy person has ever heard.

Tom’s Guide recently conducted a drop test for both the iPhone XS and XS Max to see whether Apple’s claim is true or not. Both phones were dropped onto concrete from varying heights on the face, rear and edge of the devices.

The iPhone XS drop test result was pretty much the same with the others. The phones were able to survive an 11-foot fall with no scratch, but increasing the height to 20 feet has destroyed the iPhone XS Max. While both phones endured most of the drops conducted, other tests showed that a six-foot drop can also shatter the glass.

So even though the iPhone XS and XS Max may be tougher than most smartphones out in the market today, it is still practical to invest in a sturdy case and screen protector.

Popular tech website CNET also did its own drop test to see whether the iPhone XS is any different from last year’s iPhone X. CNET wanted to see how much abuse the phone could take before it finally cracks.

The first test was dropping the phone screen-side down from the height of 3 feet, which is the same height as our pockets. The phone took a tumble, but it suffered only a few scuffs on the metal frame, a small dent on the corner, but no cracks. This result is amazing because this same scenario was enough to crack last year’s iPhone X.

The second test was dropping the iPhone XS from the same height, but screen-side up this time. The drop only resulted in a few additional scrapes and dents on the frame. No cracks yet.

For the third test, CNET decided to go even higher — at 5 feet. This is the same height at which the phone would fall if you were texting or taking a picture. Just like the other scenarios, the frame broke and the tiny dents and scratches multiplied, but there is no major damage.

For the final test, the phone was dropped from the same height, but this time with the screen face down. And surprisingly, there is still no major damage.

There have been many iPhone XS drop tests conducted since its release, but the results are pretty much the same. The iPhone XS and XS Max can survive common phone dropping scenarios, but will break when subjected to a very high fall, from 6 feet and up.