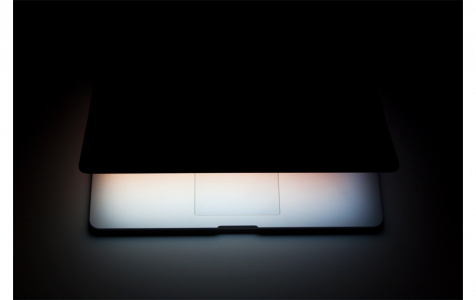 Contents hide
What is the Dark Mode?
So, What Will Change?
A Few Notes to Remember
Quick Fix

It’s no secret that the light emitted by the screen of your electronic devices affects our bodies in a lot of ways. It can cause eyestrain and alter your sleeping pattern, particularly if you continuously use the computer or any mobile device late at night.

But given that people are very dependent on their mobile devices, makers like Apple made sure that people don’t stop using their electronic devices by devising a way to reduce or minimize the negative effects to health due to excessive screen time.

What is the Dark Mode?

Dark Mode is a feature that many devices have. Apple TV, for instance, has a Dark Mode, in which most of the interface colors are changed from white (light) to black (dark). However, if you’re wondering if there’s a Dark Mode on your Mac, you might get a bit disappointed. Macs officially don’t have a dark mode, but it gets something similar, which you can activate by following the simple steps below:

So far, it is not known if you can activate this with the help of Siri, so the only way to turn on this feature is via the System Preferences.

So, What Will Change?

Once you activated Mac’s take on the dark mode, you’ll probably notice that the interface seems different, albeit not drastically. This is because only the menu bar at the top and the Dock at the bottom will be in dark mode. If you can’t see the difference right away, here are some things to observe for:

A Few Notes to Remember

Currently, only the menu bar within Apple apps can use the dark mode. Third party or downloaded apps may not be affected by the change unless the apps themselves have a dark mode feature and you manually activated the mode. It’s also possible for some apps to display a dark menu, but it won’t have the see-through or translucent effect.

Furthermore, you can also change the dominant macOS interface color from blue to graphite, which may give a darker effect as well. This can also be changed by going to the System Preferences > General > Appearance window.

But to make sure that your Mac is always in a great condition capable of performing these tricks, use Mac repair app to scan for any problems and get rid of them with a simple click of a button.