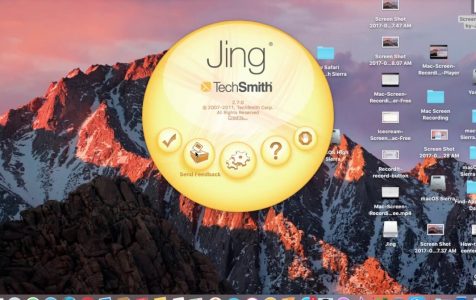 There are many ways to take a screenshot on a Mac. However, the most popular way is to use Jing. This tool captures a photo or takes a video of the computer screen and uploads it online or saves it locally to a user’s Mac. When uploaded online, a URL is created automatically, which can then be used for sharing. What makes this tool even better is that it has basic image editing tools to allow you to add text, add a shape or an arrow, or even highlight an existing text. With Jing, obviously, taking screenshots is easier and quicker.

But then again, it is not all the time when you succeed at using Jing. With the recent macOS Mojave update, some users complained about having issues with using it.

In an effort to help Mac Mojave users with their Jing issues, we created this blog post. Hopefully, we can give solutions to your Jing Mac update errors. Here you go:

Last May, a new update of Jing for Mac was released. Although many were excited about it, others were disappointed because the Check for Updates function is not working. What this means for Jing users on Mac is that they have to manually download and install future updates.

To address the issue, all you have to do is manually download this Jing update here, and you should be all set. Any future Jing updates won’t have any problems.

If you are fond of copying and pasting images, then you have to take note of this Mac Mojave Jing issue. Some users reported that whenever an image is copied and then pasted into the tool, the image becomes washed out.

To fix the problem, you simply have to download the most recent version of Jing here.

Do you have a multiple monitor setup? Are you running Mac Mojave? If your answer to both questions is yes, then you have to know that Jing might not work with your current monitor setup. In some Mac Mojaves, Jing will distort the captured images. Sometimes, it will instantly shut down whenever the Capture button is clicked.

The solution? Well, Mac Mojave users will have to wait a few more months. The issue will be addressed in Jing’s next update. Until the issue is given solution to, try closing and reopening Jing to capture images and videos from multiple monitors.

Another Way to Take a Screenshot on Mac Mojave

When you’ve already done everything, but Jing still does not work, we suggest you try using Mojave’s built-in screen capture controls. Apple has introduced these controls to make it easier to grab and capture images as you work. To use them, you might want to familiarize these controls first:

Here are the tools you can access after executing the ⌘+⇧+5 control:

In general, to use these tools, you have to press the ⌘+⇧+5 keys, press Options to select where to save the image. Finally, tap on any of the image capture options left. It’s as easy as that.

But if you wish to edit the image you captured, continue reading.

Capturing an image is easy, but editing it might be a bit different.

The new process is a bit similar to that when using an iPhone or iPad, where, when you capture a screenshot, a small preview of it will appear in a tiny window, in the lower portion of your screen.

If you ignore it, the screenshot will be saved automatically to the most recent place you saved a screenshot to. Then again, you can also save the image by swiping the image preview to the right. If you want to use it in a document, you simply have to drag and drop the image preview.

Alternatively, you can also enhance and edit the image using Apple’s Preview app. Start by clicking the tiny preview window. It should then expand. In this view, you will have access to the Markup tools that you can find in the Preview app such as editing, text entry, annotation, cropping tools, and object placing and selection. You can even share the image with other people and apps via the Share pane.

Yes, Jing is a great tool for capturing images and videos on Mac Mojave, it’s just that it does not work properly all the time. Since the developers of Jing are still working to fix the issues, we suggest you use Mac Mojave’s built-in screen capture controls. Promise, you’ll find them very handy.

In addition, we also recommend that you install Outbyte Mac Repair on your Mac Mojave. Though it has nothing to do with capturing images on your screen, it does a pretty great job at optimizing your Mac and cleaning junk files to give way to more screenshots.