Home » Mac » How to Resolve Logic Not Detecting Audio in Mojave 10.14

How to Resolve Logic Not Detecting Audio in Mojave 10.14 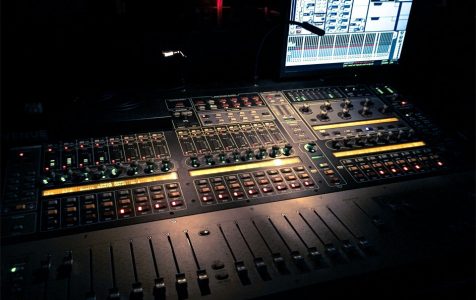 Contents hide
Logic Problem After Mojave Update and Other Issues
How to Fix Logic Audio Problem
Here are some methods on how to fix this Logic problem after the Mojave update:
If you can open Logic Pro, you can disable the plug-ins by following these instructions:
If you can’t open the Logic Pro app, you can try to manually remove the plug-in that you think is causing the problem. Here’s how to do it:
If you want to re-scan all of the plug-ins, follow these steps:
Quick Fix

The newest macOS, Mojave 10.14, introduced amazing features such as the Dark Mode, Dynamic Desktop, Stacks, and Continuity Camera. But along with these great features, Mojave also came with a lot of issues, especially in terms of compatibility with existing apps.

Logic Pro is one of those apps that have experienced compatibility issues after Mojave 10.14 was rolled out. Logic Pro is a complete professional digital recording studio and MIDI sequencer app for Mac. It offers a wide range of features that every musician needs throughout audio production.

Logic Problem After Mojave Update and Other Issues

However, after macOS Mojave was launched, Logic Pro users reported that the app cannot detect and record audio. According to a post by Aaronius in the Logic Pro community:

“EVERYTHING worked fine EXCEPT for actually recording into Logic…..even though the console software shows that I am receiving a signal and I can hear it coming through my monitors, upon arming a track with the selected input it does not register what console is hearing.”

“I can confirm that recording audio into Logic isn’t working for me either with the recent Mojave release. I use an Apollo Twin Duo (TB) primarily, plugins are working and everything. However, I can’t record any audio. I even tried out my Apogee One which IS Mojave supported but it couldn’t record audio either, so I’m convinced that it’s a Mojave thing.

It’s back to my Time Machine High Sierra backup…”

“I can’t say for certain, but since I updated to Mojave yesterday, I cannot get any sound into Logic through my Apogee Duet. The meters on the Duet register a signal, the output works, but neither mic, nor instrument inputs on the Duet will get sound into Logic (or GuitarRig for that matter). I’ve updated firmware and software on my Duet, to the very latest, and no dice.”

User Groeri also experienced the Logic problem after Mojave update and wrote about it in an Apple community thread:

“Everything was OK until upgrade to Mojave.

Output from external USB unit is working both for new projects and finished projects, But no input to track – not on old or new projects..

Tested Icon UMIX 1010 and Scarlett 18i20. Both units appear both in Audio setup and inside Logic Pro X Preferences. Ok to select input for track, but nada on recorded track.

How to Fix Logic Audio Problem

Apple has not released any update yet, but some users have recommended some solutions if Logic is not detecting audio in Mojave 10.14.

But before you try any methods below, make sure that you have followed some basic troubleshooting steps such as restarting your Mac and resetting your PRAM. You should also get rid of junk files by using an app such as Outbyte macAries.

Here are some methods on how to fix this Logic problem after the Mojave update:

If you can open Logic Pro, you can disable the plug-ins by following these instructions:

Check whether the project will work with the plug-in disabled. If the issue has been resolved, check with the manufacturer if there’s an update for the plug-in or try re-installing a fresh version.

If you can’t open the Logic Pro app, you can try to manually remove the plug-in that you think is causing the problem. Here’s how to do it:

If moving or deleting the plug-in files does not work, then the plug-in must be corrupted or incompatible.

If you want to re-scan all of the plug-ins, follow these steps:

All the installed plug-ins will be re-scanned once you open Logic Pro again.

If any of these solutions did not fix your Logic problem after Mojave update, you can either uninstall Logic Pro and install a fresh copy, or roll back your macOS to High Sierra and install a working Logic Pro from your backup. Doing either of these, however, will delete any projects that you’ve worked on or are working on, so think twice before choosing your next step.

3 thoughts on “How to Resolve Logic Not Detecting Audio in Mojave 10.14”
Leave a Reply Cancel reply