How to Fix Teleport Failed: Unknown Exception error in Roblox 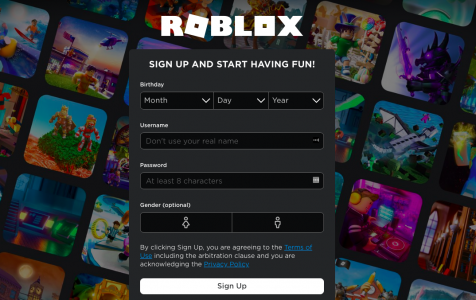 In terms of online games, Roblox is one of the world’s largest interactive platforms. It enables players of different ages to imagine, create, and play immersive games in the Roblox universe. This free-to-play online gaming platform was initially launched in 2005 for PCs, but versions for other platforms and operating systems followed right after. Out of the 199 million Roblox players as of January 2021, 64 million of them play actively every month.

When it comes to online gaming platforms to create your own game and play games created by others, there is nothing better than Roblox right now. Roblox Corporation has done a great job with it and even kids can play huge games on it due to its ESRB E10+ rating. Meanwhile, several players are experiencing the Roblox Error Code 769 which prevents players from enjoying the game.

As per the developers of Roblox, this is an “Imagination Platform” that allows users to play or develop 3D games. This means you and your friends can chat and collaborate on building whatever you have in mind, or even explore what other users have already created.

If you’re one of the victims, make sure to follow this troubleshooting guide. The particular error code 769 can appear due to several reasons but mostly Windows 10 users face account rights issues. Whereas some Roblox players can encounter such an issue due to their network connection. To be very precise, whenever a teleport fails due to an unexpected error, or when a client reconnecting process fails.

Recently, some Roblox players are always getting the error 769 (Teleport Failed: Unknown Exception) when they attempt to teleport to a reserve server using the TeleportToPrivateServer command.

As of writing, it can mean one of two things:

This is displayed when an error occurs when pressing the reconnect button in other client kicks. This can occur if a player tries to reconnect to a game when their internet is out.

What Causes Error Code 769 in Roblox

Now that you are familiar with every culprit that might be responsible for this issue, here’s a list of potential fixes that other affected users have successfully used to get to the bottom of this issue:

How to Fix Error 769 in Roblox (Teleport Failed: Unknown Exception)

As it turns out, the most common scenario that might be the root cause of the Teleport Failed: Unknown Exception error message is a permission issue that prevents the Game Manager from dynamically changing the server connection.

Several affected users that were previously dealing with the same issue have confirmed that they managed to resolve this issue by modifying the default behavior of Game Manager to ensure that it’s always opened with admin access.

If the issue is still not resolved, move down to the next potential fix below. 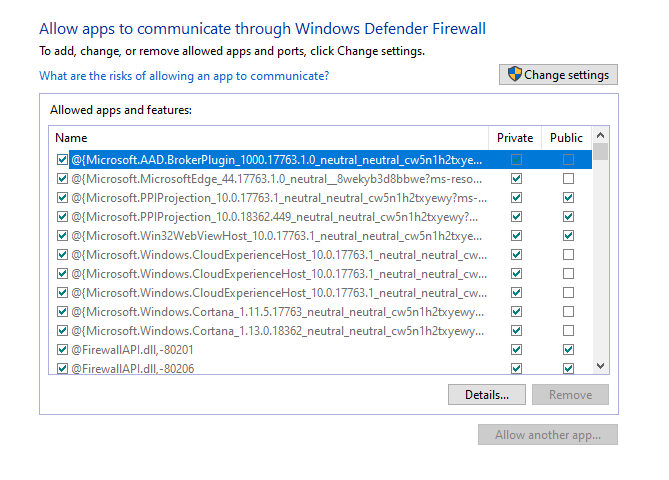 As it turns out, you can also expect to see this error code due to the fact that your active firewall is blocking the connection with the game server because it detects a modified version of Roblox.

This is a fairly common occurrence if you are attempting to run a modified version of Roblox – It’s even more likely if you are getting a security warning that your firewall is blocking the connection.

If this scenario is applicable, you should be able to fix this problem by whitelisting the main Roblox executable from your firewall solution.

Note: If you are using a 3rd party firewall solution, the steps of whitelisting an item will vary a lot, so we can’t provide you with a definitive fix. In this case, the best course of action is to search online for specific instructions on how to whitelist applications inside your security suite.

If you’re encountering this issue while you’re using Windows Firewall, follow the instructions below to whitelist Roblox and every associated dependency inside your firewall settings:

If you’re still dealing with the same error code when attempting to use the TeleportToPrivateServer command, move down to the next potential fix below.

If none of the potential fixes above have worked for you, you should consider the possibility that you might be dealing with a DNS (Domain Name System) issue. Oftentimes, an inconsistent DNS can be the main cause behind your inability to switch freely between Roblox servers.

If this scenario is applicable, the next troubleshooting action you should perform is to clear your current DNS cache and force your router to assign a new address.

Some affected users have confirmed that they managed to fix the Roblox error after they flushed the current DNS cache:

If you’re still dealing with the same 769 error, move down to the next potential fix below.

If a simple DNS flush didn’t work for you, there’s one more thing you need to do before you can exclude your DNS (Domain Name Address) range from the list of potential culprits.

If the error 769 (Teleport Failed: Unknown Exception) ends up occurring due to a bad range, you should be able to resolve this issue by migrating your DNS range to a more stable domain name address – One common choice is Google DNS, but there are other viable alternatives you can go for if you want to avoid Google.

If you haven’t tried this particular fix yet, follow the instructions below to change the DNS on any Windows computer:

In many cases, Roblox error code 769 appears due to a problem with Windows administrative rights. You’ll need access to an administrative account to install the game properly, and you’ll also need to run it as an administrator. Otherwise, something may be preventing the Game Manager client from contacting Roblox servers. In that case, you’ll want to troubleshoot your home network connection.

This particular error code may appear on most Windows PCs that are being used by kids or younger Roblox players. So, if in case, your gaming PC is set up or accessed by your parents, teachers, or other caretakers then make sure to follow the possible steps below:

This method should easily fix the Roblox Error Code 769 without any second thought.

If the above method doesn’t work for you, try disabling the Roblox add-ons or installing mod files temporarily to cross-check the problem whatsoever. Sometimes disabling third-party mods may even cause several issues with the game launching or server connectivity.

It may also be possible that the Roblox servers are either down or going through some maintenance process. We’ll highly recommend checking the Roblox server status before going to any conclusion. Make sure to visit the third-party Down Detector webpage to get all the real-time info.

If there is a server problem, you should wait for a couple of hours until the servers become operational again. Sometimes this process may take longer than expected.

At the time of writing this article, we can see that there is a huge server outage happening with Roblox, and plenty of players are getting affected by it. Most reported problems surfaced related to the server connectivity and website.

If the server is running well that means your network connection is having an issue that should be fixed properly.

If the error persists even after you’ve adjusted your privilege or administrator settings, go ahead and reinstall the Game Manager by following the steps below.

The above solutions should help you to deal with your Roblox Error Code 769. You can try each of the solutions to see which one would work for you. If none of the fixes worked for you, make sure to reach out to the Roblox Developer Forum for further assistance.