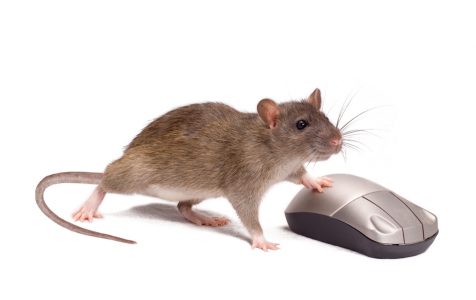 RAT, short for Remote Access Trojan , is a type of computer malware that gives administrator level access to malicious actors remotely. RATs, like other malware entities , can infect a computer through many ways. They can be downloaded as standalone software or as attachments. They can also be installed by clicking on malicious links. Some RATs have to be delivered in person through hard drives and through other portable media devices.

Compared to other Trojans or malware entities in general, RATs are considered far more dangerous and the reason is because they allow administrator level access to a computer. That means the attacker can do anything they want with a user’s computer, including sending emails, stealing contact information, and harvesting passwords.

Attackers can also do any of the following:

As you can probably tell, having your computer infected with a RAT is a nasty business. RATs can be used not just to commandeer personal PCs but things like power stations, corporate networks, nuclear facilities, gas pipelines, and so on. In short, they pose serious security risks to all of us.

Remote Access Trojans have been in existence for a long time (since 2003 according to some reports). They have been deployed by mostly American, Chinese, and Russian hacker groups for cyber warfare. The 2003 and the 2008 US East Coast power shutdowns were even blamed on RATs.

There are many examples of Remote Access Trojans. We shall look at a few of these:

Agent.BTZ, also called Autorun , is one of the most notorious RATs. It is believed to have been developed by the Russian government with the intent of infecting American defense systems. In 2008, the worm caused an extensive attack on US military computers.

Agent.BTZ is a DLL file that spreads by creating an AUTORUN.INF file to the root of all drives with a DLL file library. It scans the target computer for data, opens backdoors, and sends the same data to a remote command and control server.

Following the 2008 AGENT.BTZ infection, the Pentagon banned the use of USB drives and other removable media devices on the Defense department’s computers. It is reported that the Pentagon spent 14 months in a cleanup effort to remove Autorun.

DarkComet was developed as a Remote Access Trojan in France by a fellow named Jean-Pierre Lesuer in 2008. DarkComet came to the world’s attention during the Syrian Civil war when the government used the program to spy on activists. DarkComet can be used to take screenshots, steal passwords, and for key-logging. The program was responsible for many arrests during the conflict and was soon discontinued.

Havex is also known as Backdoor.Oldrea. It was discovered in 2013 and is attributed to the Russian ATP group. The malware mainly targeted industrial systems in the US and in Europe. It is capable of searching and identifying industrial devices in a network and giving remote control to some hacker or hacker group somewhere.

How to Remove a RAT Software

How do you remove a RAT? Removing RAT is no easy task. Remember that the US military took 14 months to clear their computers of a RAT. Even more difficult is the detection of a RAT.

RATS, especially well-designed RATs , have many ways of evading detection. Some only become active when the user is not logged in. Others send data to a remote server so slowly that you will not detect any change in your internet speed. Some RATs may even become inactive for long periods of time that they can go undetected for years on end. And still, there are some that will trick you into believing that they are genuine software.

So how do you remove RATS? First, you’ve got to trust that your anti-malware program is working because otherwise, there will be no reprieve for you. But as the many cases we have illustrated have shown, you can’t always trust an anti-malware program to remove a RAT for you.

That is why we recommend that you also install a PC repair tool. PC repair tools such as Outbyte PC Repair work differently from your typical antivirus program because they monitor the health of your computer. This means that if the RAM is being overloaded by some suspicious activities, the repair tool will tell you which activity it is. They can also be used to clean junk files and clear the spaces that RATs and other malware entities are likely to use for hiding.

So, to keep your computer free from RATs, you will have to rely on both programs. But that is not all that you need to do. RATs still manage to infiltrate some of the most secure computer systems on earth, so what about your personal computer?

You will also need to take some precautions. Here are few of the most important.

The most popular way of spreading malware is through email phishing campaigns. To not fall victim, be careful what files you open and send to others.

Buying your software products minimizes the chance that you will download a file in which a malware entity is embedded.

If you ever suspect that something is not right with your computer, don’t hesitate to check what processes and programs are using up the available computing resources. It could be a RAT.

You must be ready to wipe your computer clean in case of an infection and the only way you get the courage to do that is if you have a backup somewhere.

Lastly, you need to keep your computer updated because that way, you will always be running the latest version of software i.e. with lesser zero-day exploits.

If you have anything to add or say about RATs or malware in general, feel free to do in the comment section below.

If you’re running into errors and your system is suspiciously slow, your computer needs some maintenance work. Download Outbyte PC Repair for Windows or Outbyte Antivirus for Windows to resolve common computer performance issues.Fix computer troubles by downloading the compatible tool for your device.
See more information about Outbyte and uninstall instructions. Please review EULA and Privacy Policy.
Mac Repair
10 Ways to Fix Netflix Flickering on Safari
Mac 2 weeks ago
7 Ways to Fix “Time Machine snapshot could not be created for the disk “%@”” Error
Mac 3 weeks ago
What to Do If You Cannot Add Your Google Account to MacOS Mojave?
Mac 3 weeks ago
How to Fix Mission Control That is Not Working in Mojave?
Mac 3 weeks ago
PC Repair
Error Copying File or Folder: The Requested Value Cannot Be Determined
PC Repair Windows 16 hours ago
What to Do When a Deleted User Still Appears on the Windows 10/11 Login Screen?
PC Repair Windows 3 days ago
Minecraft Is Currently Not Available in Your Account
PC Repair Windows 6 days ago
8 Easy Ways to Fix the 0xc000007b Error on Windows 10/11
PC Repair Windows 1 week ago
1720-Smart Drive Detects Imminent Failure Error at Bootup? Here Are 6 Must-Try Fixes
PC Repair Windows 1 week ago
Categories