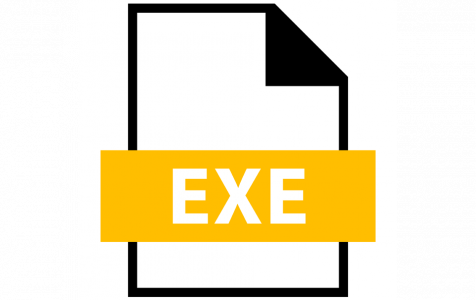 When you download a software or a program from the internet, you often get a file with an .exe extension. This is an example of an EXE file. You double-click on the file to open it, and the program is installed on your computer.

However, some EXE files can be dangerous. Malware often disguise themselves as legitimate EXE files and infect computers. So before you click any EXE file, you first need to determine whether it is legitimate or malicious. Accidentally executing a malware-ridden EXE file can lead to dire consequences.

But how do you determine whether an EXE file is legitimate or not? This guide will discuss what an EXE file is, what it does, how to open it, and which file extensions are considered executable. We will also expound on the dangers of malware posing as EXE files and how to figure out whether your EXE file is dangerous.

What is an EXE File?

EXE stands for executable, which means that the file can be executed or run as a program using your computer’s operating program. For most Windows users, EXE files are often associated with Windows programs, making .exe one of the most popular file extensions.

An executable file is usually designed to run an automatic task. So when you launch an EXE file, your system, even without your permission, will automatically run one or more tasks programmed into that executable file.

A binary machine code compiled from the source code is stored within EXE files. This code is stored so that it can be initiated directly by the CPU, thereby running the program. EXE files might also include resources, including graphics assets for the interface, the icon associated with the program, and other resources that might be needed when executing the file.

EXE files can be run by specific programs in Microsoft DOS or Windows operating system. The user just needs to double-click the executable file or use a command to open it. However, non-Windows machines, such as Mac and Linux computers, cannot execute EXE files. For example, macOS uses .app files to install or open apps. But executing an EXE file on a non-Windows platform is not impossible. You just need to use a virtual machine to run Windows programs on a non-Windows environment.

However, not all EXE files are legitimate executable files. Some of them are malware disguising themselves to avoid detection and removal.

What is an Executable File Virus?

Different types of malicious software are distributed by way of executable files, most of them are hidden within a program that seems to be safe. This occurs when the program you think is legitimate launches a string of damaging code that operates without your permission or knowledge. There are instances when the program is authentic, just that there’s a malware hidden somewhere within the executable file. It is also possible that the software might be entirely bogus, posing under a familiar, non-threatening filename.

So, whenever you download an executable file from the internet or you receive one by email, be extra careful and vigilant. Some browsers have built-in scanners that warn you when the file you are downloading is malicious. Email providers also have this feature that scans all attachments for possible executable file virus. So, make sure to check all attachments, even if you know the sender.

Users should also keep in mind that EXE files are created to launch an application or a program. If you downloaded a music file, but the extension is .exe or other executable formats, delete the file immediately because that is malware. This goes the same for all other files that you download from the internet. Hence, it is important to be familiar with the various file formats so you know when you’re downloading a file EXE virus or a legitimate file.

Let us look at some of the common executable file extensions and what they are used for:

How to Open EXE Files

Most EXE files don’t need a third-party program to open, unless the EXE file was for a specific program. The operating system knows how to automatically handle EXE files by default. For example, a file with a .cmd extension can be opened directly by the Windows OS. But when you open a file with a .pptm extension, Windows will automatically launch Microsoft Powerpoint to open the file.

To open EXE files, you just need to double-click on it and provide the necessary permissions. Once launched, the installer or the software will run by itself according to operations included in the file.

If you’re using MS-DOS or other command line operating systems, just type in the name of the executable file, then press Enter to execute it. For example, ChromeSetup.exe can be launched by typing ChromeSetup in the command prompt window. For Linux or Unix systems, you might need to add a period and forward slash before the filename to execute it. In this case, you need to type ./ChromeSetup to execute the Chrome installer.

How to Open EXE Files on macOS

EXE files can’t be directly opened on macOS though. So if you have an EXE file that you want to run on a Mac, your first option should be to find a Mac version of the installer or software, then run that macOS-compatible version instead.

If a Mac version of the program is not available, you can use a Windows emulator or virtual machine to launch the EXE file. A Windows emulator emulates a Windows computer, which allows you to install and run Windows-based software. Parallels Desktop and VMware Fusion are the most popular Windows emulators in the market today.

Executable files or EXE files are designed to perform various operations on a computer. The most common executable file extension is .exe, which is used by Windows installers or programs. macOS on the other hand, uses the .dmg and .app extensions for its installer files. Aside from these popular extensions, there are still hundreds of other executable files, each with their own purpose.

Double-clicking the executable file is the easiest way to open it, but you can also use commands to run it. However, you need to be careful when opening EXE files from unknown sources because they might contain an executable file virus, which can be damaging for your computer.