What is K7 Antivirus Premium? 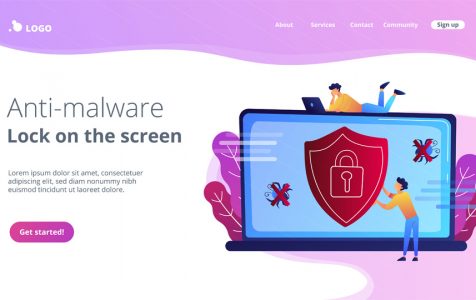 Why do you need antivirus protection? People, whether hardened cybercriminals or mischievous college students seeking a thrill, are always seeking to cause widespread damage, exploit billion-dollar companies, and commit fraud. Some want to simply experience the rush of breaking into a computer. An antivirus like K7 Premium can protect you from that and prevent intrusion into your computer.

K7 Antivirus Premium is a product of K7 Computing, an India-based antivirus software company. It works on Windows PCs and has familiar features and functions. It is an all-round safety and security tool for PCs, which detects threats in real-time. With a vulnerability scan, a solid firewall, and other bonus features, K7 antivirus goes beyond the basics of ordinary antivirus programs.

K7 Computing doesn’t have the profile of big-name companies. However, it has more to offer than meets the eye. Competing with big-name companies in the cybersecurity industry for 25+ years cannot be taken lightly. The company has partnered with OPSWAT and VirusTotal to offer a range of business and home products. It now has 25+ million users worldwide.

Even with its many features, K7 Antivirus Premium has a notable omission. It lacks a URL filtering function that can expose users to dubious, phishing, and malicious links and websites. This feature is only available on higher suit-level plans. Still, this product offers way beyond the minimum compared to similar products from other companies, which makes it superior.

K7 Antivirus Premium is available for Windows only. Other plans from the company, such as K7 Total, and K7 Ultimate Security, support platforms such as:

Single user pricing of the K7 Antivirus Premium makes it more affordable. The package costs a mere $24.99 for a single device for one year. If you double that to $49.99, you protect three devices, and a five-user license costs 69.99, which is way cheaper. Compared to the most common price point for single license competing products which is under $40, K7 is more competitive.

For example, Kaspersky, which doesn’t have all the features, costs $32.50 for a single device, and a license for one year. Three licenses cost $59.99. McAfee and BullGuard cost almost the same as Kaspersky for similar products.

The installation of the K7 Antivirus Premium is quick and simple. You should download it (or buy) from the manufacturer’s website, and with just a click of a button, you accept the EULA and launch the K7’s installation. Once the installation is complete, K7 will prompt you for product activation. You can either choose a 30-day free trial or enter your serial number for product activation. The product will then initiate an update of virus definitions, and once this process is complete, you’re good to go.

One important point is that any antivirus needs to protect itself from malware attacks, which the K7 Antivirus Premium excels in. K7 shields important services and processes from attacks and malicious files can be easily deleted. This is why malware cannot easily disable K7’s protection.

Additionally, the K7 Antivirus Premium has a unique, intuitive interface that focuses more on a user’s protection status. It has a large panel which highlights protection details such as:

The interface has few action buttons – settings, scan, and tools – that are tucked at the edge of the interface window, but are easily accessible. The scan tool, for instance, offers a familiar set of scan types including:

TechRadar reports that Quick Scan takes a little under a minute, which may translate to less efficiency in malware scans. Other packages take a little over two, three, four or more minutes, and are considerably more thorough. The firewall is reported to be more robust and intelligent to automate scan and allow procedures with an option to customize.

The K7 AntiVirus Premium is designed as a Windows PC, home-user friendly antivirus security software. It features a USB scan and protection against viruses, malware, Trojans, and spyware. It is doing well so far, but it doesn’t come without a few shortcomings. Here are its pros and cons:

How to Use the K7 Antivirus Premium

Ensure you download the antivirus from its official website and follow the installation instructions. Once the installation is completed, conduct a product activation where you can either opt for a 30-day free trial or enter your serial number to activate it. After that, K7 will update virus definitions, and that’s all.

You can then navigate the tools and conduct a quick virus scan to test the product and ensure your PC is virus-free. If you need support, you can access help using the live chat feature on their website.

The K7 Antivirus Premium is a small-company product with powerful features such as smart firewall and device control. However, it lacks a filter for malicious URLs and websites that can expose users to threats. If you throw in the few false positives, then we recommend improvements to its structure. If you need basic virus protection at a cheaper cost, this is your product. You will get more antivirus features compared to other programs.