Home » Malware » What is a Computer Worm?

What is a Computer Worm? 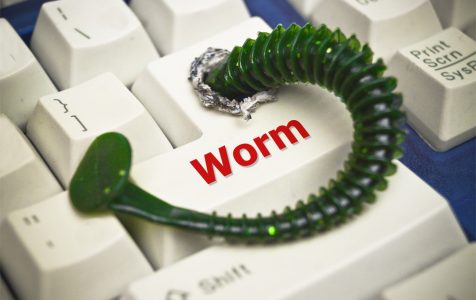 A computer worm is a special kind of malware that is able to spread through replication. Often, computer worms attack entire networks because they can spread rapidly by copying themselves from computer to computer.

How Do Worms Work?

The most common way that worms are able to spread is by taking advantage of software vulnerabilities. But apart from that, they can also be downloaded from attachments that are part of phishing campaigns. Sometimes, the worms can also come from files that are downloaded on sites, such as the Pirate Bay. When software programs from these sites are downloaded, the malware is activated during the installation process. From there, it then spreads to all other computers that are part of a network.

What Can a Computer Worm Do on Your Computer?

Like all other malware entities, computer worms are created so that they can achieve specific goals. There are worms that cripple entire networks. Some modify or delete files, while others open backdoors for other malware to infect your computer.

By far , the most famous computer worm is Stuxnet that was first uncovered by cyber-security researchers in 2010. Stuxnet was reportedly developed by American and Israeli spy agencies with the goal of crippling the Iranian nuclear program. It was created to target programmable logic controllers that are responsible for the automation of electromechanical processes, such as the ones that are used in gas centrifuges for separating nuclear material. Stuxnet was able to successfully carry out its mission of slowing down the creation of fissionable nuclear material by way of exploiting vulnerabilities in Windows. In all, the worm infected an estimated 200,000 computers, while physically degrading 1000 machines.

Computer worms such as Stuxnet come in many shapes and forms. Here are few of them:

Internet worms mostly target popular websites with insufficient security. If their infiltration attempts are successful, they infect the site and any other computer that is used to access the site in question. Once inside a computer, they can then spread to other devices in the local area network.

Email worms are a special type of malware that are spread through phishing campaigns. The victim will receive what looks like a legitimate email but has compromised attachments. The attachments normally have executable files that are cleverly named such that they can easily be confused with media files. When a user clicks on the attachment, a copy of the malware is instantly downloaded on the computer. The same email is also sent to all the addresses in a user’s email.

While attachments are the most common method to spread email worms, they are not the only way. Links within emails also play a critical role in the spread of email worms. Users are often enticed to click on emails that feature amazing deals, mouthwatering stories, and so on. Clicking on the links leads the user to an infected site or instantly downloads the malware on their computer.

File-sharing worms are spread through torrent sites, such as The Pirate Bay when an unsuspecting user downloads an infected file. They install the file on their computer and seed the same, thus spreading the malware further. Malware that is spread that way is normally very hard to detect because it is craftily embedded in the downloaded files.

Instant messaging worms are distributed through messaging apps, such as WhatsApp and Facebook Messenger. Just like in phishing campaigns, the worms are masked as attachments or some exciting link that users need to click on.

When you click on an infected link, it is not only downloaded on your device, but the original message is sent to all of your contacts.

How to Remove Computer Worms

How do you remove computer worms? The most effective way of removing computer worms is to use a computer repair tool, such as Outbyte Anti-Malware. The tool will scan your computer for any performance limiting issues and take steps to remedy the problem.

A repair tool will tell you when a worm is taking too much bandwidth or when valuable resources such as processing power is directed elsewhere. Your typical antimalware program might miss such information.

But that doesn’t mean that you should not have an antimalware program installed on your computer. Let’s just say that the two programs have their own strength and weaknesses.

How to Prevent Computer Worms

Is there anything that one can do to prevent computer worms from infecting their computer? You can certainly take several protective measures to keep your computer safe from worms. Here are some of the most important:

We recommend that you always take your time to read an email from an unfamiliar source before downloading any attachments or clicking on links. That way, you will never fall victim to a phishing campaign.

Stay away from unsafe sites.

If you are not sure about the security of a site, stay away from it if you can. Some browsers will even warn you if you are visiting a site that is compromised. It is always good to heed the warning.

Did your computer slow down unexpectedly? You will never know what is going on unless you look at which processes are taking too much computing power. It could be that a worm is using your computer’s resources to send your private information over the internet.

During the replication process, worms are likely to take up a sizable amount of the available space on your computer. By monitoring changes in your system’s available space, you can then easily tell when something is up.

Use an antimalware program.

It goes without a saying that your computer needs to have a warning and defense system against computer worms. The best that we have so far is an antimalware program. Have it on your computer and all will be well.

If you have anything to add, or suggest, feel free to do in the comment section below.