Home » Mac » Everything You Need to Know About macOS Big Sur

Everything You Need to Know About macOS Big Sur 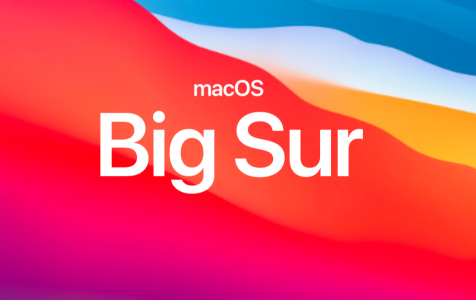 It has been almost a year after macOS Catalina was launched in October 2019. And while several Mac users are still getting the hang of the latest macOS version, Apple is already cooking another upgrade for Mac’s operating system.

macOS 11 Big Sur was unveiled during the 2020 Apple Worldwide Developers Conference last June. During the live stream, Apple revealed what people can expect from the new operating system and how it is better compared to macOS Catalina.

macOS Big Sur is the next biggest overhaul since the release of macOS X, redesigning almost every aspect of Mac’s operating system, from the corners of the window to colors, and dock icons. The new look is both refreshing and familiar at the same time, with Apple making sure that the improvements adhere to Apple’s signature minimalist look.

When you open your Mac, the first thing you’ll notice is the lighter and cleaner appearance of the Desktop. The additional translucency and new rounded edges of the screen, plus the more translucent Dock contribute to the modern minimalist design that is quite different from Catalina. Instead of the usual square shape, the app icons also have a more rounded shape, congruent with the rounded corners of the screen.

The menu bars in apps have also been revamped in order to make them less obtrusive and blend better with the content. The system sounds have been completely overhauled and you’ll notice new symbols in the toolbars, sidebars, and controls that would help provide clarity and consistency across applications.

macOS Big Sur seems to be adapting the iOS/iPadOS look, especially with the addition of the Control Center feature. The buttons are customizable and you can control when apps appear and disappear so you can focus more on content. The Control Center allows you to quickly manage your Wi-Fi connection, AirDrop controls, Bluetooth, keyboard brightness, Dark Mode, Do Not Disturb mode, sound level, and other features.

The Notification Center has also been restructured, grouping interactive notifications by the app for less clutter. The iOS-style widgets can also be customized in three various sizes. The new design for core apps enables Mac users to organize multiple open windows and facilitates smooth interaction with the apps.

Aside from design, another big improvement comes with Safari. It has become a lot faster and battery efficient when working with the new macOS Big Sur. You can personalize the homepage with your preferred wallpaper and add new sections, such as a Reading List and iCloud tabs. Another big change for Safari is the introduction of extensions, a feature that has made Safari users long envious of Chrome and Firefox users. With the new Safari, you easily can look for your favorite Chrome and Firefox extensions from the Mac App Store.

If there’s been a data breach in the iCloud Keychain, the password monitoring feature alerts you immediately so you can take the necessary steps. It is also equipped with strong auto-generated passwords and other password tools.

The Messages app has been improved in Big Sur, making it closely resemble the Messages app that we know on iOS, including many of the same features that we love, such as pinned conversations, inline replies, and mentions. You can now add Message effects, Memoji creation, and Memoji stickers. It is a lot easier now to search for links, photos, and matching words in the Messages app.

Apple has also revamped the Maps app for the latest macOS, equipping it with the new Look Around feature, indoor maps, and Guides. Guides are lists of notable landmarks, attractions, restaurants, and other places on the area created by trusted sources. The brand new Maps app for macOS is now able to generate cycling and other trips that you can forward to your iOS device. You can also view any shared ETA updates on your Mac.

The Photos app also has its share of upgrades. The app has improved editing capabilities, thanks to the new Retouch feature powered by machine learning. Apple Music has also been upgraded with a new Listen Now section highlighting the latest releases, artist interviews, and customized playlists.

macOS Big Sur has also made it easier and faster to install updates in the background. This change has made it easier to keep your macOS and applications updated. Plus, the new cryptographically signed system volume protects your Mac against tampering.

Other new changes include Family Sharing support for apps with subscriptions, battery history usage for the previous days, improved search and quick style editing in Notes, the capability to assign reminders to people via the Reminders app, Spotlight’s improved performance, and almost real-time precipitation reports in Weather.

Let’s take a deeper look at some of the biggest changes that come with macOS Big Sur:

Introduced last year, Catalyst was initially introduced last year and it allows developers to migrate their iOS apps to Mac. In this macOS version, Catalyst has been updated so iOS-native apps can benefit from Mac display’s native resolution. Developers will also get access to new menus and keyboard APIs.

Although Catalyst is mostly a developer’s tool, regular Mac users can also benefit from it. For instance, you can now use your favorite iOS apps on your Mac.

Most macOS versions look the same, but macOS Big Sur is probably the biggest design revamp that Apple has made. One of the first things you’ll notice is the taller and extra translucent menu bar, making your screen extend from edge to edge. The color of the text automatically adjusts according to your background picture and the pull-down menus are much easier to read. Aside from the menu bar, the Dock has also become more translucent as well, allowing your desktop background to be more prominent.

You’ll also notice the new design of the app icons, which is very striking if you’re used to the previous square design. The rounded edges of the apps and the corners of the Desktop creates a cohesive look that is difficult not to like. macOS Big Sur also comes with all-new system sounds.

If you loved the Control Center on your iPhone or iPad, then you’ll also appreciate the new Control Center for Mac. It gathers all your favorite menu items in one place so you can quickly access the controls that you use more often. You no longer need to open System Preferences just to adjust your Wi-Fi, configure Bluetooth, or turn on/off other settings. You can even expand the menu to access more options, such as Dark Mode, True Tone, AirPlay, etc.

You can easily customize Control Center by adding the apps and features you use the most. Or you can drag them to the top of the menu bar for easier access.

Say goodbye to messy and unorganized notifications with macOS Big Sur. Instead of listing your notifications and widgets as they come, the items will be grouped by thread or app so you can easily classify each notification. You can also customize the widgets in the Notification Center, as well as the size and amount of information you want to see.

For some apps, such as Mail, Podcasts, Calendar, and others, you can directly take action from the Notification Center. Just click and hold the notification to get more details or take action, including replying to an email, listening to the podcast, or viewing events on your Calendar.

Aside from design, Safari also underwent a major overhaul in macOS Big Sur. Here are some of the changes to Safari that Mac users are looking forward to:

When Will Big Sur be Released?

When Apple revealed macOS Big Sur during the Developer’s Conference, it announced that the first public beta would be released in July. Unfortunately, because of the pandemic that’s happening around the world right now, the release was delayed and the public beta was made available in the first week of August 2020.

To access the preview, you first need to enroll with Apple’s beta program using your Apple ID, then install the upgrade by navigating to Apple menu > About this Mac > Software Update.

Based on Apple’s timeline, the final beta release usually happens 88 days after the first public beta, so we can expect the final version to be launched in November. Apple, however, did not announce a specific release date for macOS Big Sure, only announcing that the latest macOS will hit the Mac App Store sometime in the fall.