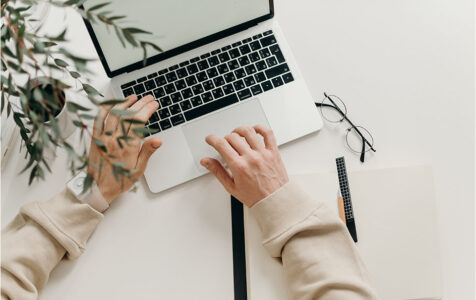 It might not seem too long ago when we asked whether a macOS Mojave upgrade was necessary or not. But time flies so fast. In the next couple of months, Mac users might have to make another important decision.

Last month, Apple revealed a new major version of the macOS. It’s called macOS Catalina. You know what this means? Yes, we might soon have to say goodbye to Mojave to give way to this new OS version.

MacOS Catalina should then be available through the Mac App Store. Since it will probably be a few gigabytes in size, we suggest that you have access to a stable internet connection when downloading it. Also, be prepared not to be able to use your Mac for anything else as the installation might take a couple of minutes.

What Mac Models Are Compatible with MacOS Catalina?

MacOS Catalina is compatible only with the following Mac models:

If your Mac model is not listed above, you can continue running macOS Mojave, Sierra, or High Sierra.

What is New in MacOS Catalina?

According to Apple, the new macOS version has more new features than the previous OS versions. While some are genuinely useful, others are simply fun and exciting as they change the way we use our Macs. Apple added that Catalina also comes with a couple of new apps and some other apps with major UI revisions and new features.

To get you all excited, here’s the first look at macOS Catalina and its features:

Compared to the multi-window support of Windows, that of Macs seems less impressive. However, with macOS Catalina, a user’s ability to organize and open tabs has significantly improved. In Catalina, if you click and hold down on the full-screen button of any app, a dropdown menu with an option to resize the window will pop up.

This may appear like a small change, but it actually helps Mac users organize their desktop workflow and somehow improve productivity.

Reminders has got a complete overhaul as it now resembles a vibrant digital planner with customized list appearances, Siri functionality, color-coating options, and integration with Messages.

This is good news for individuals who use Reminders to plan their daily activities. But it might take time for them to get used to it, especially if they have loved the current minimalist look of the app.

Apple originally introduced Screen Time to iOS 12 with the aim of helping people monitor their device usage. This year, it has finally arrived to macOS. It’s really a handy tool for users who want to cut down the use of addictive apps.

One of the most powerful new features in macOS Catalina is Voice Control. As the name of the feature suggests, it literally allows you to control different aspects of your Mac using your voice.

The Voice Control feature is built on the Siri speech recognition technology. This means all the latest machine learning advances and technologies that Apple has used for its virtual assistant will soon be available in Catalina.

For instance, while using your voice to jot down notes, you can also use voice commands to edit the text. You can replace whole lines or edit selected text. You can also add uppercase and lowercase letters. And unlike other voice-to-text apps that upload recordings to the cloud, this feature does all the audio processing on your Mac. This gives users the assurance that their personal data remains private.

In addition, Voice Control is clever enough to distinguish dictations and commands. If you open the Messages app and say “See you around. Click send,” only the “See you around” text will be typed and it will then be sent.

With Voice Control, we can really say that Apple has done a pretty great job at boosting the accessibility tools of Catalina. So, Mac users will soon be able to comfortably use their devices.

5. The Music and TV Apps

In the past few weeks, reports surfaced that Apple was killing off iTunes in Catalina. They said it will be replaced with four new apps: Music, Podcasts, TV, and Books. Although many did not mourn about the loss of iTunes, people were left wondering if the replacement apps would be successful and if having four separate apps would make life easier or more complicated.

Regardless of whether the apps will be patronized by Mac users or not, the good news is that they will benefit from their predecessor. The Music app, one of the four, will have an interface that is similar to iTunes. But unlike in iTunes, buying and streaming music will be so much easier. The Now Playing section will also show the lyrics of the song that is playing.

The TV app, on the other hand, will allow you to buy and rent the latest movies and TV shows. There will be exclusive Apple TV channels as well, which include Showtime, Starz, and HBO. There’s also a dedicated Kids section, which shows the contents that have been carefully curated to offer the best shows and movies for kids.

iPad apps are probably among the best new features to come with Catalina. This is mainly because the App Store on iOS houses some of the best and most brilliant apps. With the App Store for iOS made accessible to Catalina, Macs should be able to support iOS apps.

What this means for Catalina users is that they could soon use their favorite iOS apps on macOS. The apps will run natively on their Macs and won’t behave like an emulated app that is forced to open on a huge screen.

Sidecar may be in the last part of the list, but that does not mean it’s of no use. This new Catalina feature allows a user to connect an iPad to a Mac and use it as a second display.

With this new Sidecar feature, users can have an extended desktop and a bigger workspace. They can drag the cursor between screens and open multiple programs at the same time on both screens.

If you own an Apple Pencil stylus, you may use your iPad as a sketch pad as well. This allows you to sketch or draw in an app and show your work on your Mac. To do this, select Insert from iPad and click Add Sketch. A window should then appear on your iPad. Write in that or draw anything you want. Once you are done, hit Done. Your work should automatically show on your Mac.

Best of all, this feature works whether your iPad is connected wirelessly or via cable. As long as you are within 10 meters from your Mac, then it should work just fine.

There are lots of new features that are coming to macOS Catalina, including Voice Control and Sidecar. Since they haven’t officially rolled out the new OS version, all we can do is wait.

In preparation for Catalina, make sure your Mac is compatible with the new operating system and has gigabytes of free space to make way for the update.

To clear valuable system space on your Mac, we suggest that you use a Mac repair tool like Mac repair app. With this tool, you can automate the process and free up system space in just a few clicks.

Let us know what makes you excited about macOS Catalina. Comment on it below!