Have you attempted to upgrade your device from Windows 7 to Windows 10/11? Or are you updating from an older version of Windows 10/11 to a newer version?

You may have observed that the Windows Update process occasionally stops at roughly 20% – 50% and displays the error code 0x80070003.

You don’t need to be concerned because after reading this post, you’ll understand how to successfully resolve issue 0x80070003 in Windows 10/11 and earlier versions. 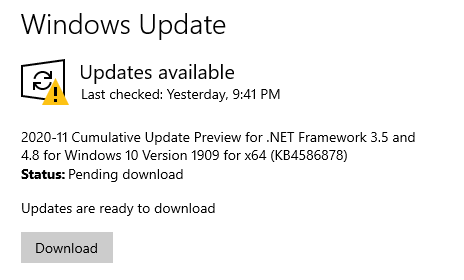 Other updates fix various bugs and issues. Despite the fact that these problems are not responsible for security flaws, they may have an impact on the stability of your operating system and can be bothersome.

However, there are instances when problems, such as error code 0x80070003, might prevent you from updating Windows to the latest version. This error indicates that some updated files are missing or have become unusable. For example, if the files got corrupted, your computer won’t be able to access and read them.

Error code: (0x80070003) thus refers to a problem with Windows Update that prevents it from installing updates. It may also display a warning stating that the BITS (Background Intelligent Transfer Service) has halted. The issue, however, is with Windows Update.

When trying to install various Windows 10/11 updates, such as KB3200970, you might run into this problem. The update will begin to download, but as soon as it reaches the point where it should be installed, it will either fail and uninstall itself, or reboot your computer and then fail and uninstall itself. Some users reported getting this error when running the Windows Hyper-V server.

In any scenario, you will be unable to install the update(s). Manual download and installation will also fail.

When your Windows update files are incorrect or corrupted, error 0x80070003 appears. This can occur when a Windows update clashes with another program running on your computer. Some files may be corrupted as a result of this.

Knowing the cause behind the Windows 10/11 update error 0x80070003 is half the solution. This would give you an idea on where to focus your troubleshooting efforts so you don’t waste your time. But if you can’t pinpoint the root of the issue, the troubleshooting guide below should be a great help. Make sure to follow the solutions according to the sequence outlined here.

The simplest Windows Update Error 0x80070003 fix and the first thing you should try while troubleshooting this error is to restart your computer. To avoid losing any progress, close all the programs and documents you’re working on. Restart your computer, then try to install the update once again.

You should also examine your internet connection. Your network connection may be interfering with the update’s download, resulting in this error. If you’re using Wi-Fi, try switching to a LAN connection, or vice versa. After that, download and install the update once more.

You should also consider temporarily disabling your firewall and antivirus, as these are the main offenders in blocking Windows Update. The simplest approach to fix this mistake is to turn off any antivirus software you have installed and see whether the problem persists. If it doesn’t, uninstall the third-party security suite and replace it with a trustworthy, trusted anti-malware program, such as Outbyte AVarmor.

If the remedies above don’t work, try the following suggestions:

Simply follow the steps below to launch the Windows Update troubleshooter:

Check to see if the Windows Update troubleshooter was able to resolve the problem. If that doesn’t work, move on to the next step listed below.

To see if the problem persists, perform a Windows update.

Restart your computer to determine whether the Windows Update problem 0x80070003 has been fixed. If the issue persists, try the next solution.

The spupdsvc.exe file is a Windows 10/11 OS software component that may be found in the C:\Windows\System32 folder. Spupdsvc.exe is a process file that updates the Windows operating system as needed. If you can’t get Windows Update to work, try replacing the old Spupdsvc.exe file with a new one. Here’s how you can do it:

Run a Windows update to determine if the problem has been resolved. If that doesn’t work, move on to the next step below.

The System File Checker scan will begin and may take up to 15 minutes to complete. When the scanning procedure is finished, run a Windows update to see whether the Windows Update problem 0x80070003 reappears.

The Windows Update Assistant is a useful utility that you can manually download from the official Microsoft website. It automates the process of updating or upgrading your computer.

Keep in mind that in order to work, you’ll need a reliable Internet connection, as well as the ability to restart your computer when prompted.

If none of the solutions above helped you address Windows Update Error 0x80070003, you can manually download and install updates from the Microsoft Update Catalog:

Hopefully, after reading this article, the Windows Update error 0x80070003 has been resolved. If you have any recommendations that are effective in fixing this error, let us know in the comments below.