Home » Windows » How to Deal With DRIVER_POWER_STATE_FAILURE Error on Windows 10

How to Deal With DRIVER_POWER_STATE_FAILURE Error on Windows 10 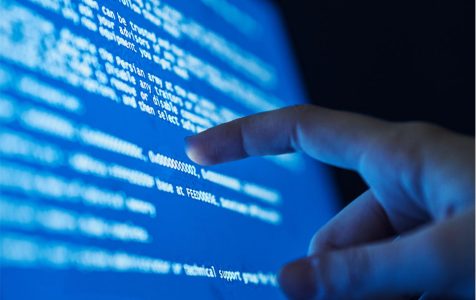 Getting a Blue Screen of Death (BSoD) error can drive any user into panic. But getting a BSoD error without being able to save hours of labor can be even more frustrating. Most BSoD errors occur out of the blue, and you will seldom encounter BSoDs that would warn you first before showing up.

Imagine working on your graphic design project for hours and then getting the DRIVER_POWER_STATE_FAILURE error while using Photoshop. Or maybe you’re writing a very long article, only to be interrupted by a BSoD error. Some programs may auto-save files being edited, but others don’t. So, if you’re unlucky to have all your efforts wasted, you can only blame the error.

DRIVER_POWER_STATE_FAILURE is one of the most common bug checks or BSoD errors Windows users encounter. It forces one’s computer to reboot, and all unsaved data are lost.

What Is the Blue Screen Error DRIVER_POWER_STATE_FAILURE?

The DRIVER_POWER_STATE_FAILURE error has a stop code value of 0x0000009F. The error message differs depending on the cause of the error, but the most common one looks like this:

A problem has been detected and Windows has been shut down to prevent damage to your computer.

Users who encountered this error reported that there had been nothing unusual going on before the blue screen had popped up. However, once the DRIVER_POWER_STATE_FAILURE appeared, their system became sluggish and less responsive. The blue screen also kept appearing and wouldn’t go away no matter what they did.

The main reason why the DRIVER_POWER_STATE_FAILURE error happens has something to do with a particular driver on your computer. It could be an incompatible driver or one that is in an invalid power state. The incompatibility between your computer’s power management features and one of your drivers can also lead to this BSoD error.

The problem is usually triggered by power state transitions, such as:

If you were lucky enough to read the entire message when your computer had a blue screen error, you can find out which driver caused the issue because The cause of a particular BSoD is usually listed on the screen. Otherwise, you’ll have to try and guess which driver is the culprit.

Aside from an incompatible driver, it is also possible for other factors to cause the DRIVER_POWER_STATE_FAILURE error. Corrupted system files, problematic third-party software, or a glitch in the operating system can also result in this BSoD error.

How to Fix DRIVER_POWER_STATE_FAILURE Error

Fixing the DRIVER_POWER_STATE_FAILURE error can be tricky, especially if you have no idea which driver is causing it. Before you begin troubleshooting this BSoD error, it is best to clean up your computer first with Outbyte PC Repair to prevent further errors.

If you have antivirus software installed, disable it temporarily while you’re applying the fixes here. You might also need to run the sfc /scannow command to repair corrupted system files.

Once you’ve gone through all these steps, restart your computer and try each of the methods below.

If the error started after you plugged in a new piece of hardware, such as a camera, speaker, or printer, disconnect it from your computer and see if the BSoD message still appears. If the problem has been resolved after doing this, you might need to update or roll back that hardware’s driver. See the next step for instructions.

Fix #2: Update or Roll Back Your Drivers.

As mentioned earlier, the primary cause of the DRIVER_POWER_STATE_FAILURE error is an incompatible driver. If you know the specific driver that’s causing the error, updating that driver or rolling it back to its previous version should fix the issue once and for all.

If you’re not sure which driver is causing havoc, try updating your network card, video card, and wireless card drivers. These three are the most common troublemakers, so start with them.

If your computer failed to find the latest version of the driver, check the manufacturer’s website and download it from there.

If you need to roll back your device driver to its previous version instead, follow the instructions below:

Once the procedure is completed, restart your computer and observe whether the DRIVER_POWER_STATE_FAILURE error has been resolved.

The Driver Verifier Manager is a Windows built-in tool designed to identify faulty drivers on your computer. It can identify, troubleshoot, and repair common device driver problems.

To run this utility:

You will then see a list of all unsigned drivers on your computer. If you don’t know which driver is causing the issue, this list should narrow down your choices. You can then update, roll back, or uninstall the driver.

If the BSoD error appears whenever you open a particular program, then there must be something wrong with it. Uninstall the program first, then install a fresh copy from the Windows Store or the developer’s website.

Not many users may know it, but Microsoft has included a Blue Screen troubleshooter in the Windows operating system. This tool helps deal with common blue screen errors, such as DRIVER_POWER_STATE_FAILURE.

To run the troubleshooter:

Once the scan has been completed, you will see a list of errors that may cause a blue screen on your computer, along with instructions on how to fix them.

Running into a critical BSoD error such as DRIVER_POWER_STATE_FAILURE can be nerve-wracking. But BSoD errors aren’t as scary as they seem if you know what caused them. You just need to deal with the root cause of the problem, and everything will be back to normal.