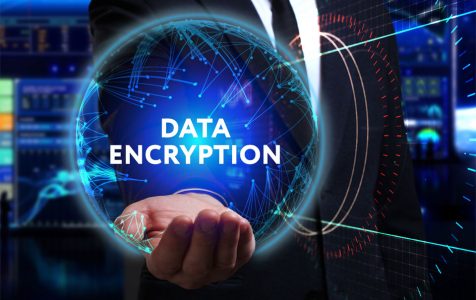 Most data breaches are preventable if only the right data-protection measures were put in place. That is why encryption software programs were developed. However, encryption software isn’t only useful for big businesses. Individuals, too, need the technology to encrypt important files, in case they lose their laptop or if they accidentally leave it logged in.

By encryption, we mean that the data is encoded so that other people don’t understand it. In the past, the cipher that was used to encode messages was easy to break, but cracking today’s encryption algorithms would take an impossibly long time.

Getting Started with Cypherix SecureIT

Cypherix SecureIT is a very easy-to-use program that handles the task of encryption and decryption of files as well as folders. This program also creates self-decrypting executable files.

When users want to lock down files, they can choose from two secure encryption algorithms. The documents are unblocked quickly when the password is entered, and the fact that it allows users to create self-decrypting executables means that the recipient doesn’t need to install the program for them to gain access to the sent files. Overall, this program offers a good encryption/decryption solution for people who want a hassle-free process.

How to Use Cypherix SecureIT

The Cypherix SecureIT installation process is quite simple and fast. The user interface features a dated look which, although not as retro-looking as Advanced Encryption Package, is still reminiscent of the interfaces from earlier days. Its interface is similar to Windows Explorer, so most people don’t have a hard time trying to find out how to encrypt, decrypt, and destroy files. On the main window, there is a folder tree down the left side and a file list adjacent.

At the top of the window, there is a toolbar that gives users access to important information while the menu above the toolbar allows them to access all program features. Users have the choice of selecting between:

What makes the program different from Windows Explorer is that the modern “Tiles View” as well as the Medium Icons and Extra Large Icons are missing.

Cypherix SecureIT adds items to the right-click context menu for files and folders, so that the user can encrypt and decrypt files without having to launch the program.

Just like most software tested encryption products, this program offers its users a 30-day free trial period, after which they’re supposed to pay a subscription fee.

Some of Cypherix SecureIT key features include:

The program offers very high compression as well as 448-bit encryption that allows users to encrypt files, folders, and any other type of data from unauthorized access.

To encrypt the files, select whichever file you wish to encrypt in the program’s display and click on the big Encrypt button. Alternatively, you could select the file on Windows Explorer and use the right-click menu to start encrypting.

Whichever password you use during the encryption process, you must remember it. If the password is lost, there’s no way of recovering the encrypted data. The good thing is that there is a “password hint” feature that enables users to refresh their memory. As you type your password, the program rates the password strength and tells you if it’s strong enough.

When you cleanup your junk files and folders, they’re not completely erased from the hard disk. This means that it’s still possible to recover these files. The integrated shredder removes all traces of the data after deletion. Cypherix SecureIT overwrites file data thrice before deleting the files.

Cypherix SecureIT uses a non-propriety, open-source, public domain encryption algorithm known as Blowfish. This is one of the best cryptographic algorithms around.

This program features powerful processors that enable encryption and compression at the request of the user. There’s a series of commands that are sent either as one or more files.

This feature allows users to create self-extracting encrypted files. This means that the person on the receiving end doesn’t need to have the program installed to view the files. All they need is the password.

Cypherix SecureIT is a good program as it handles all the basic encryption and decryption tasks. It also includes a secure deletion tool for extra security. However, it lacks important advanced features that are offered by its competitors. Its interface is dated, too.