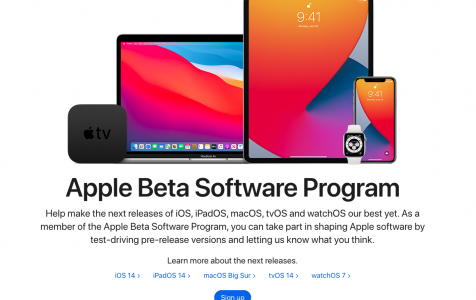 macOS has recently released the latest operating system for Macs, which is Big Sur, last November 2020. But did you know that the Beta version of macOS 11 has been available to developers and users enrolled in the Beta program for a few months before it was rolled out to the public. This means that the beta testers had the opportunity to try out the new features of the OS before it was released to the public. Cool, right?

What is the Apple Beta Software Program?

The Apple Beta Software Program allows Apple users to test out pre-release software. As a tester, you provide feedback on the quality and usability of the software that helps Apple identify issues, fix them, and make the software even better.

The public beta program is actually a recent development for Apple, with a pre-release of macOS first becoming available in 2014 with Yosemite, and the first iOS public beta, iOS 9, a year later in 2015.

Since then, Apple has of course long offered pre-release software to app developers who need to create software in compatibility with Apple’s newest features. The offer has also expanded to include anybody who wanted to participate in the beta testing.

How to Enroll to Apple Beta Software Program?

It is quite easy to enroll in the Beta Program. All you need to do is sign up here and enroll your devices. You can enroll your Mac, iPhone, iPad, Apple TV, or any Apple device to get access to the beta software.

If you enroll your Mac to the Beta Program, you will get access to the latest public betas, and other subsequent updates, directly from the Mac App Store. A lot of users enroll in this program to experience the pre-release versions of macOS to know the latest features and the improvements to the new software. It is recommended that you optimize your Mac first using Outbyte macAries before installing any beta software as preparation.

But Beta software comes with its own set of challenges. Since the software is far from perfect and has not yet been commercially released by Apple, the Beta users may experience varying degrees of errors, inaccuracies, or performance issues. This is why Apple recommends Beta users to backup their data and install the Beta software in non-production devices, secondary systems or devices, or on a separate partition on your Mac.

This is the reason why you might want to unenroll your Mac from receiving beta versions of macOS.

How to Stop Receiving Beta Versions of macOS

Whether you’re sick of the update notifications or you simply want to go back to using the stable versions of macOS, unenrolling your device from the Beta program is the wise decision. Take note, however, that unenrolling your device doesn’t mean that you are out of the program. This only means that the device you unenrolled, say, your Mac, will no longer be able to receive the beta updates, but all the other devices you enrolled will still get them. You need to leave the program if you want to totally quit receiving beta updates.

To unenroll your Mac from the public beta, follow the instructions below:

This removes your Mac from the Apple Beta Software Program. If you had a pending beta update during this process, you’ll notice that the notification goes away once you complete the final step. This is because your Mac has deleted the beta configuration profile that you installed when you were trying to access the beta for the first time.

To go back to a stable release of macOS, you can try restoring your Mac from the Time Machine backup created before the installation of the public beta.

If you don’t have a Time Machine backup created prior to the beta, you can create a USB installer of the current stable version of the operating system via the Mac App Store and perform a clean install. Unfortunately, you will lose your data by doing this, so make a backup of your important files to an external drive before installation.

How to Leave the Apple Beta Problem?

To completely get out of the program, you need to remove your Apple ID that you used to sign up with. First sign into the Apple Beta Software Program, then click the Leave Program link. Once you leave, you will no longer receive emails about the program and will not be able to submit feedback using the Feedback Assistant.

The Apple Beta Software Program lets Apple users enroll their devices and get access to pre-release software. Beta testers get to try out the latest features and updates that are not yet available to the public. However, in most cases, these pieces of pre-released software are full of bugs and defects, leading to various errors and performance issues. There have also been reports of beta programs causing damage to devices, and even bricking Macs.

If you’re tired of these errors and you want to opt out of the beta program, you can follow the instructions above to unenroll your Mac from receiving beta versions of macOS or to leave the program completely.