Home » Anti-Malware » What is the Zeus Malware?

What is the Zeus Malware? 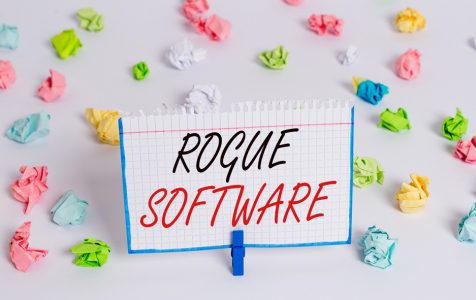 Contents hide
Zeus Malware History
What Does Zeus Malware do to Computers?
Zeus Malware Detection
How to Keep your Computer Safe from the Zeus Malware
· Verify the authenticity of email attachments
· Update your Windows OS
· Install a premium anti-malware
· Use System Restore
· Back up
Remove Now

Zeus, also known as Zbot, is a Trojan horse malware that runs on different versions of the Windows OS. Creators of Zeus intended to use it to steal banking information through keystroke logging and form grabbing, but the malware has now come to be increasingly associated with the CryptoLocker malware.

The primary means through which Zeus is used to infect computers is through phishing campaigns and drive-by downloads.

Early in its history, the malware was used to steal sensitive information from the US Department of Transportation before it become a widely distributed malware across the internet. This was in 2007 and it was not until 2009 that cybersecurity researchers realized the full-scale of infestation by which time, the malware had already infected an estimated 74,000 computers in organizations, such as NASA, Oracle, Play.com, Cisco, Amazon, Bank of America, BusinessWeek, and ABC.

In 2010, the FBI led an international crackdown of the Eastern European hackers that were believed to be behind the Zeus malware attack. The campaign led to the arrests of more than a 100 cybercriminals, 90 in the US, and the rest in the UK and Ukraine. Before their arrests, members of the cybercrime ring behind the malware had managed to steal some $70 million.

Three years after the initial arrests, a notorious hacker by the name Hamza Bendelladj was arrested in Bangkok. It is believed that he was the original creator of the Zeus malware.

Some cybersecurity teams believe that prior to his arrest, Hamza had sold all the rights, including the Zeus source code, to his primary competitor, the creator of the SpyEye Trojan.

What Does Zeus Malware do to Computers?

Once it has infected a computer, Zeus can do a number of things. It can steal information, recruit computers to further its malicious activities, or become a malware loader.

Its primary purpose, however, is to create a botnet or a network of infected computers that act as a group under the command of the malware creators. Such infected computers can then be used to launch attacks on other networks. They can also be used to gather information on organizations or to commit corporate espionage.

Although Zbot has evolved from its origins as a banking Trojan, it is still used to gather sensitive financial information about its victims. When a person visits a banking site, for instance, the malware will record the keystrokes that are used to login.

How do you detect that your computer has been infected by the Zeus malware? With a premium anti-malware solution such as Outbyte Antivirus, it is actually very easy to detect the presence of Zeus on your computer. This is so because Zeus has been known to cybersecurity experts for a considerable amount of time now (since 2007) and this has given anti-malware solutions a lot of experience in dealing with this notorious botnet.

How to Keep your Computer Safe from the Zeus Malware

Keeping your computer safe the Zeus malware is easy. It just involves following basic safety procedures. Here are a few of them:

· Verify the authenticity of email attachments

The Zeus malware is spread through phishing campaigns that trick users into clicking links or into downloading attachments that are laden with malware. Don’t allow yourself to fall victim to this trick; take the time to verify the authenticity of the email sender and its contents, especially if the email contents make outrageous claims.

Are you running the latest version of the Windows OS? If not, you should make the necessary updates as soon as possible, given that malware entities such as Zeus like to exploit vulnerabilities in older versions of the Windows OS. You also need to update the drivers on your computer. For this, you can rely on a driver updater as it is easier to make the updates with the utility tool.

It is likely that you already have an anti-malware solution on your computer, but is it a premium version? Compared to free versions, premium anti-malware tools are more effective at dealing with various malware threats. They also come with some level of technical support from the vendor that you always turn to when in doubt about something.

System Restore is a Windows recovery option that lets you undo any updates, software installations, or changes in system files that make your computer slow, unresponsive, or exposed to malware attack. Because you never know when any of these things might happen, you need a restore point that you can use any time. It is better safe than sorry.

Finally, you need a physical backup of your files because if you think about it, what is the worst that a malware can do except corrupt your files or encrypt them? If you have a backup of them, then it won’t matter that some cybercriminals has encrypted them.

If you have any questions regarding the Zeus malware, feel free to raise them in the comment section below.