Home » Anti-Malware » What is CryptoLocker Ransomware?

What is CryptoLocker Ransomware? 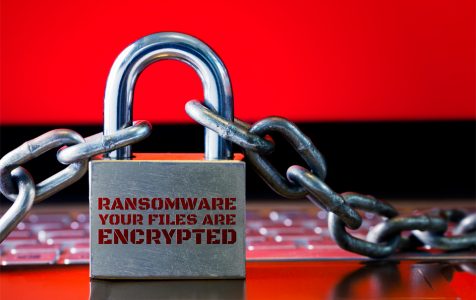 In recent years, CrytoLocker has spawned a few clones, including Cryptowall, CryptoLocker, and TorrentLocker. They all use similar methods for infection.

What Does CryptoLocker Ransomware Do?

Once it successfully infects your computer, the malware will look for files and folders to encrypt with asymmetric encryption, an encryption technique that relies on two keys, one private and the other public. To decrypt the data, a user has to have the private key. Some of the file types that are encrypted by the ransomware include:

CryptoLocker uses social engineering to infect computers. The victim usually receives an email with an attachment that comes with a password. When the user opens the attachment with the assigned password, the malware quickly and discretely installs itself by taking advantage of the Windows default behavior of hiding the .exe from file names. Once the malware has infected your computer, it takes the following steps:

How to Remove CryptoLocker

Luckily for you, CryptoLocker is no longer a major ransomware threat because it has been long dealt with by the likes of the FBI and the NSA. Even so, it can still infect your computer if you are using a really old Windows version such as Windows XP or some Windows 7 version that has not been updated for a really long time.

To remove malware like CryptoLocker from your computer, you will need in the least a powerful anti-malware solution such as Outbyte Antivirus.

The anti-malware solution will scan your PC and remove all bits of the dangerous program. It will also provide protection against any future attacks by similar malware.

Safe Mode with Networking will allow you to access network resources that can be used to download anti-malware or seek additional help on a Windows blog like this one. Be warned, however, that there is no way to recover your files once they have been encrypted by the ransomware. And while you might be tempted to pay the ransomware amount to the criminal networks behind the ransomware, please don’t. It will only embolden them to create even more serious threats in the future.

If Safe Mode with Networking fails to remedy your situation, you can use the System Restore option to return Windows to an earlier working state.

When using the System Restore option to make changes to your computer, you will always be informed of the programs and settings that will no longer be available when the process is complete.

Supposing that you have done all the above and more and you still cannot get rid of the CryptoLocker ransomware, what do you do next?

Remember that you still have the nuclear option of resetting your computer or installing a fresh new version of the Windows OS.

Protect your Computer from CryptoLocker Ransomware

How do you protect your computer from ransomware such as CryptoLocker? Here are a few strategies that might prove helpful: