Home » Windows » What Is MoUSOCoreWorker.exe? 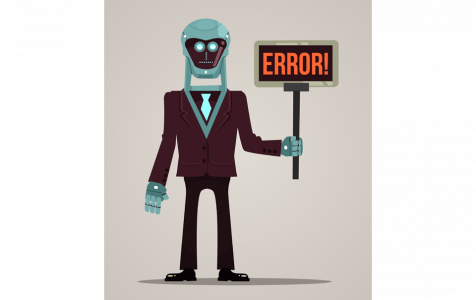 MoUSOCoreWorker.exe is a Microsoft executable file associated with Windows Update. If your system consistently wakes from sleep without your input, then this file is the possible culprit. Apart from that, there are other similar programs linked to this file, such as USOClient.exe and USOCoreWorker.exe.

MoUSOCoreWorker.exe features in Windows 10 as a replacement program for the wuauclt.exe command. The main function of this program is to continuously check for system updates in the background. Due to its functionality, it is also referred to as the Windows Update AutoUpdate Client.

Since MoUSOCoreWorker.exe is a new program not familiar with most of the security suites, it can trigger an alert as it tries to connect to foreign servers. So, it’s important to whitelist the program on your Windows Security or with the antivirus software.

Update Session Orchestrator (USO) appears in the task manager each WU scan for updates. The program appears as the MoUsoCoreWorker.exe or USOCoreWorker.exe. under the Task Manager list.

Why Does MoUSOCoreWorker.exe Keep Restarting and Waking the PC from Sleep Mode?

A system that keeps on waking up during sleep mode can be annoying and disruptive, to say the least. Once this issue occurs, it needs to be dealt with. Fortunately, we have a possible fix for it. Note that despite the issue having a reasonable cause, it can somehow be linked to a virus infection. Malicious software has the tendency of tampering with sacred system files which leads to errors, crashes, and malfunction of vital programs. So, whenever there is a glitch, an error, or funny behavior such as your computer automatically waking from sleep, you mustn’t write-off the possibility of a virus infection.

With that said, the first approach to fixing this issue is to perform a full system infection scan using a strong antimalware security suite. Although USOClient.exe is a safe program, malicious programs can clone it to deceive the user into thinking it’s the legit one.

Once you have completed a full system scan and removed any suspicious programs, you may then proceed to restart Windows Update Service. To do so, follow the instructions below:

It is possible to disable the process but we don’t recommend doing so as it can leave your system vulnerable. Doing so can hinder any future update that may be containing vital security patches. To top that, disabling system processes may cause instability issues. If you think the process is energy consuming, restart the system or Windows Update Service instead. You can also keep your computer’s performance levels high by using some of the best PC repair utilities out there. With a competent repairs utility tool, you don’t have to worry about fixing system issues every other day.

If you’re running into errors and your system is suspiciously slow, your computer needs some maintenance work. Download Outbyte PC Repair for Windows, Outbyte Antivirus for Windows, or Outbyte MacRepair for macOS to resolve common computer performance issues. Fix computer troubles by downloading the compatible tool for your device.
See more information about Outbyte and uninstall instructions. Please review EULA and Privacy Policy.