How to Fix Accuracy Issues with the Surface Pro Pen 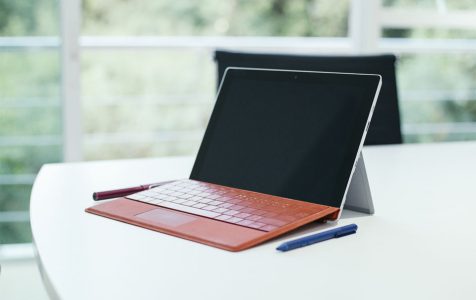 Microsoft Surface Pro was released alongside the Surface Pen, a handy tool that allowed owners of tablets to sketch, and draw on the screen without the need for third-party options. At the time of its release, Microsoft claimed that it was the “fastest in the world.” The latest generation of the Surface Pen is also more pressure sensitive with lower latency. It is, in other words, what most Surface Pro users dreamed of except that it is also affected by an unexpected bug.

Accuracy issues with the Surface Pro Pen are widespread, and as the following user reported, recalibrating the pen does nothing to resolve the issue.

“I have a brand new pen/surface pro 2017. If my hand is not on the screen, the pen is perfectly accurate, even at an angle. About 50% of the time, if I begin a stroke with my hand already resting on the screen, there is a significant offset of the pen line to the actual tip position. This makes hand-writing nigh impossible. Calibrating is useless, since if I calibrate to correct the offset, then 50% of the time it is now offset in the other direction.”

Microsoft commented on the issue, noting that it was widespread. They also promised to resolve the malfunction as soon as possible.

What Causes Intermittent Pen Inaccuracies with the Surface Pro?

How to Fix the Accuracy Issues with Surface Pro Pen

Before proceeding to fix the Surface Pro Pen issues, we recommend that you first clean your device with a premium utility software, such as Outbyte PC Repair. The reason you would want to do this is that cleaning your computer makes it easier to troubleshoot issues. At the same time, the PC cleaner will make tweaks that will save on battery, while boosting the overall performance of your device.

Affected Surface Pro users will be happy to know that unlike previous bugs and malfunctions, the accuracy issues with the Surface Pro Pen are easily solved with a software update. Here are some essential tips that will help make the update successful:

If you rather not go through the trouble of manually updating your Surface Pro, then you can choose to install a utility software, such as Auslogics Driver Updater. This tool will make all the necessary Surface Pro updates for you and across your other Windows devices.

Users who have made the updates recommended by Microsoft have reported they have completely solved the accuracy issues with the Surface Pro Pen.

If you are experiencing any more Surface Pro issues, such as unresponsive screen, please let us know in the comment section below.

Jesse
Leave a Reply Cancel reply
Featured Stories
Outbyte, Auslogics & CCleaner – The Top 3 PC Optimizers in 2021
PC Repair Windows 10 months ago
Best Choice for Updating PC Drivers
PC Repair Windows 3 years ago
More Stories
How to fix “We could not complete the install because an update service was shutting down”
Windows 5 days ago
7 Ways to Fix Error 0x80070091: The directory is not empty
Windows 5 days ago
Step-by-Step Guide to Fixing Error 0x80070003
Windows 6 days ago
How to Fix Issues When You Use Scanpst.exe?
Windows 7 days ago
How to get rid of “The digital signature for this file couldn’t be verified” error?
Windows 1 week ago
How to Get Rid of the 0xc00d36c4 Video Error Code
Windows 1 week ago
How to Deal With Windows Update or Firewall Error 0x8007042c
PC Repair Windows 2 weeks ago
DOWNLOAD OUTBYTE PC REPAIR NOW!