What is BullGuard Internet Security? 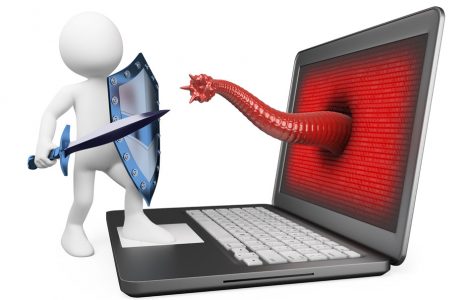 BullGuard Internet Security is a solid, resilient, and advanced antivirus and internet security tool. It delivers an all-round internet protection, thanks to its constant innovation and updates.

This simple antivirus and internet security product has features like real-time virus protection, anti-malware protection, and malicious URL filtering. Surprisingly, it also has a performance booster for games and high-resource demanding applications.

Among its competitors, BullGuard is a multi-award-winning antivirus, offering triple-layered anti-malware protection. It has a custom-built secure browser to protect online user’s identity and information as well.

Above all, BullGuard Internet Security offers a 30-day free trial option before you get to pay for the services of the antivirus and internet security protection.

On face value, BullGuard Internet Security has a simple, yet intuitive interface with a nice set of features. You’d think it has nothing special to offer other than basic antivirus. However, it is a solid contender among top antivirus tools in the market today.

BullGuard’s main screen menu features seven protection categories. But the free trial version only enables the first three categories — “antivirus,” “vulnerabilities” and “game booster” requiring that you upgrade to access the other features.

BullGuard’s ‘Game Booster’ feature has caused the antivirus to earn a name and reputation as one of the best antivirus tools for PC gamers. Its gaming mode is phenomenal. Surprisingly, security and boost tests indicate that it beats other ‘best’ antivirus tools in the market when it comes to game boosting.

The BullGuard Internet Security antivirus software is compatible with all devices, such as:

It has a feature that doesn’t exist in its sister package BullGuard Antivirus. This comes at a small additional cost.

The premium version of BullGuard Internet Security allows you to connect up to 10 devices for a small additional cost. This gives you the complete protection that can cater for a household with three or more people, each with a computer and phone.

Overall, BullGuard Internet Security is a decent online privacy and security tool that you can depend on.

BullGuard Internet Security is an interesting antivirus. Not only is iteasy to configure and use, it also has an unusual extra in its Game Booster. However, it has security issues of concern. even though they’re easily fixed. Here are its pros and cons:

BullGuard Internet Security isn’t so popular, but it rates almost equally with the top-rated cybersecurity market players. But this has benefits to a user.

The benefit of using such a lesser-known internet security product is avoiding the radar of hackers. Cybercriminals and hackers are less likely to target lesser-known antivirus, and their malicious codes will always target popular antivirus tolls such as Avast, Norton, Avira, or Kaspersky, among others.

Is BullGuard a Free Antivirus?

BullGuard is not a free antivirus and doesn’t have a free version either. However, it has a free 30-day trial version with a money-back guarantee. Once the trial period ends, you’ll be required to pay for the service to upgrade the service to the package that suits you.

Additionally, BullGuard Internet Security’s mobile version offers free Android antiviruses and one of the best in the market. You get powerful protections for free, and if you upgrade, you can access additional features such as parental controls.

We recommend that you avoid free antivirus offers as they aren’t often effective.

Furthermore, avoid patch or torrent antivirus files because they’re often infected with malware, usually ransomware and sometimes Trojans or crypto miners. Hackers know why you’re searching for antivirus, and since you are exposed without protection, the patched files easily infiltrate your devices.

BullGuard Internet Security is a lightweight, configurable antivirus with a surprising extra in its Game Booster. It is an antivirus you can rely on with highly-regarded self-protection vulnerabilities. With BullGuard, you can boost your system’s performance, especially if you’re a streamer or a PC gamer. However, BullGuard lacks some important extra features such as password manager and cloud backup.