Home » Mac » How to Play MapleStory on Mac

How to Play MapleStory on Mac 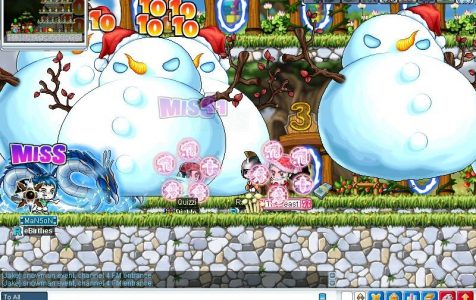 It was in the year 2000 when the game MapleStory was first introduced and released. People loved it back then, until it suddenly went quiet for some time. Even so, it had built a huge fan base.

This 2D massively multiplayer online (MMO) takes players to the entirely different and fascinating Maple World, where they defeat monsters, develop their characters’ skills and abilities, and even engage in chatting and trading.

Doesn’t it all sound exciting? Unfortunately, Mac users wouldn’t feel the excitement as the game is not officially supported by macOS.

Now if you are a Mac gamer, do not feel disheartened because there is actually a way to play MapleStory on Mac. We’ll teach you how below:

The easiest and best way to play MapleStory on a Mac is by using NVIDIA’s newest cloud-based streaming service: GeForce NOW for Mac. As of this writing, the service is currently available in beta in select countries in Europe and the United States.

With GeForce NOW for Mac, Mac gamers can play any games from Battle.net or Steam, including MapleStory and MapleStory 2. And regardless of what Mac version they are using, they can run any graphic-demanding game if they want to. So how is this possible?

No, this isn’t any form of witchcraft or sorcery. It’s made possible by the NVIDIA server sites spread across the United States and Europe, where these sites are responsible for handling the processes required by these games.

Once you select a certain game that you want to play on your Mac, the impressive servers of NVIDIA will help you run the game remotely before sending the game to your Mac computer via the internet.

The best part about this service is that every game available on GeForce NOW for Mac has been optimized for streaming. That means Mac gamers can enjoy the best quality possible without having to experience any problems or tweak the graphics settings.

In addition, NVIDIA stores a cached version of each game available on Battle.net and Steam on their different servers, which means there’ll be minimal waiting time while the game downloads. After clicking the Play button, you should already be playing the game.

Then again, take note that the performance of the game will depend on your current internet speed and your distance to their servers. For example, if you have a high-speed internet and you live within 10 miles from a server site, then you will experience a better response than someone with a slow internet connection who is living in a remote area.

As of now, while the service is still in Beta mode, Mac gamers are already responding positively, despite internet speeds in most parts of the United Kingdom only reaching up to 200MB.

But due to the high levels of interest in NVIDIA’s service, interested Mac gamers will have to join a waiting list first to be able to test out GeForce NOW for Mac. As soon as they get access, they can easily sign into their Steam account, select MapleStory or MapleStory 2, and then hit that Play button. That’s it!

What if you don’t have a reliable or a high-speed internet connection to avail NVIDIA’s streaming service? There is still a way to play MapleStory on your Mac. However, it comes at a cost and it will also take a toll on your Mac’s performance and storage space.

But before you try this option, take note that this hasn’t been tested properly for MapleStory, hence you’ll mostly try it at your own risk.

If you want to give this option a go, you need to split your Mac hard drive so you can run Windows 10 on another partition using Apple’s Boot Camp software. You have to semi-permanently partition your hard disk drive and allocate a huge chunk of your Mac’s storage space to let this option work.

To ensure your success with this option, it is best that you provide the Boot Camp partition with as much storage space as possible because the game and the operating system will need it. MapleStory will require about 14GB of storage space, while Windows 10 will need around 20GB.

Of course, you can make changes in the size of the partition as soon as you have installed Windows 10, but be forewarned that doing so might trigger issues.

If you wish to proceed with this option so you can play MapleStory, you need to run Windows 10 on a Mac using Apple’s Boot Camp. Once installed, download and install Steam and MapleStory. After this, game on!

If the first two options don’t work or aren’t feasible for you, try using VirtualBox. Here’s what you should do:

For quite a long time, Mac users were unable to play games like MapleStory. But thanks to the three options above, Mac users can finally participate in the action and enjoy all the games they want.

Before you go on and try any of these options, we suggest that you download and install Outbyte macAries first. This amazing tool will help clear valuable space and improve your Mac’s performance so you can enjoy playing MapleStory any time you want without experiencing lags or other speed-related issues.

Do you know other ways to play MapleStory on Mac? We’d like to know. Share them with us in the comments section below.