Everything You Need to Know About the New Microsoft Edge Browser 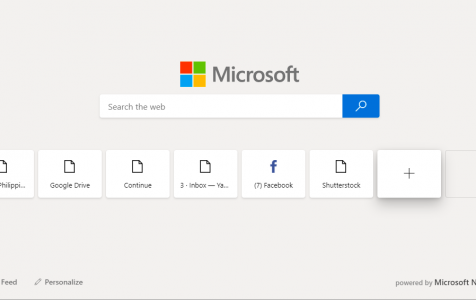 Microsoft launched the Chromium-based version of its Edge browser last month. If you’ve ever used a computer running Windows 10/11 before, then you’re probably familiar with the new browser’s cousin, the built-in Microsoft Edge. The two browsers have the same name, but that’s where their similarities stop.

This article will show what the new Microsoft Edge is like, what its features are, and some tips on how to personalize the browser according to your taste and needs.

Microsoft Edge, with the codename Spartan, is the default browser of the Windows 10/11 OS. Which means that when you buy a Windows 10/11 device, Edge is already pre-installed on your system. Microsoft Edge was designed in congruence with the Microsoft Store. It was developed as a metro or modern app, just like all other apps from the Windows Store. The Edge browser was based on EdgeHTML and Chakra rendering engines, which sets it apart from other popular browsers.

Microsoft Edge was initially launched as an exclusive Windows 10/11 feature. Devices running different operating systems, including other Windows versions, are not able to use it.

How to Install Microsoft Edge Chromium?

The new Edge browser is not yet available in the Windows Store, so you’re going to have to download the installer from the Microsoft Edge Insider website. It will automatically detect your operating system and offer you the compatible version of the installer. The browser is available in Beta, Dev, and Canary channels, with different schedules of releases and improvements.

Tip: Before installation, optimize your system first using an app such as Outbyte PC Repair. This tool removes junk files from your computer, allowing for smoother and faster installations.

Once you have downloaded the installer, install it just like other apps. You can choose whether you want to use your old profile based on the built-in Microsoft Edge browser or start from scratch. You’ll also be asked what layout to use. After you’ve set this up, you’re good to go.

When you launch the new Edge browser, the first thing you’ll notice is that it looks similar to Chrome and Firefox. Some of the new features include:

Because it is still in the development stage, most of the current Microsoft Edge features are not available in the new version. One of the most expected features is the sidebar, just like in the existing Microsoft Edge version.

What Is the Microsoft Edge Sidebar?

A lot of users have been asking how to create a sidebar in the new Microsoft Edge; however, this feature seems to be missing in the current insider build of the new browser and there is no update whether this will be included in the upcoming builds.

Right now, the only available shortcut on the new Edge interface is the Favourites, which is located right below the search box. You can add to your Favourites by clicking the (+) button in the toolbar or clicking the star or pushpin button in the address bar when you open the site.

The Favourites toolbar is launched every time you open the browser or open the new tab, making your favorite websites easily accessible all the time.

How to Open Sidebar in New Microsoft Edge

As of now, there is no way to launch the sidebar in the new Microsoft Edge browser. But this doesn’t mean that the items included in the sidebar are also missing. These items are just hidden in the browser menu, and you can access them by clicking the three-dot icon next to the address bar.

You can also use shortcuts to access these sidebar items:

You just need to memorize these keyboard shortcuts so you can use them to quickly open these sidebar items. It is a bit inconvenient compared to just clicking from the sidebar, but there’s nothing much we can do but hope that this will be included in the next build.

The recently released Chromium-based Microsoft Edge is faster and more efficient than the original Windows 10/11 built-in version. The new Edge browser, which is available for Insiders and Developers, was optimized for fast and smart browsing and already includes some handy features such as dark mode, extensions, and syncing.

However, users noted that the new Microsoft Edge has no sidebar, a feature that’s a crowd favorite among old Edge users. The items exist, though, under the Edge settings menu. As a workaround, you can use their dedicated shortcuts listed above if you need to access them.