Home » Mac » How to Handle Node-Gyp Rebuild Failing on Mac

How to Handle Node-Gyp Rebuild Failing on Mac 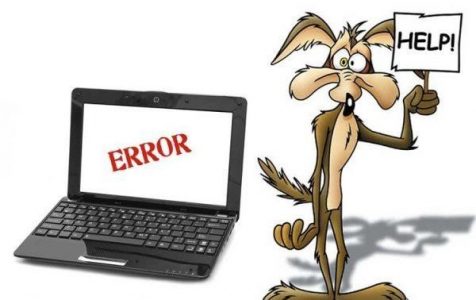 node-gyp is a nifty tool that allows developers to compile native Node add-on modules in multiple platforms. It is very popular and widely used today, so it is often included as a dependency for most NPM packages.

On most operating systems, node-gyp doesn’t cause any issue. Installing node-gyp and the rest of the NPM packages usually work smoothly and efficiently. However, this is not the case for all users. Some developers reported having trouble rebuilding the node-gyp on macOS, resulting in a less-than-stellar experience for the affected developers. This error also leads to a multitude of pitfalls and allowing many ways for things to go wrong.

This problem is not something new. Developers who are using older versions of the macOS have encountered this error before. With the release of macOS Catalina, several developers also reported getting node-gyp rebuild fails on Mac after upgrading to the new macOS version. This error has prevented developers from installing the node-gyp packages that they need.

node-gyp is a tool used to compile Node.js Addons, which are native Node.js Modules written in C or C++. These modules need to be compiled on your machine using a tool like node-gyp. Node-gyp works on Windows, macOS, and Linux.

Node-gyp is generally easy to use because of its consistent interface. You can also use the same commands to build or rebuild your module on different platforms. Node-gyp also supports multiple target versions of Node.

If you’re getting an npm gyp error on Mojave or earlier versions of macOS, you need to double-check the requirements for node-gyp to work.

Here are the requirements you need to install for node-gyp to work on macOS:

You also need to install the correct version of the Xcode Command Line Tools, which are part of the XCode’s suite of software development tools and libraries.

To install the Xcode Command Line Tools, follow the instructions below:

If you’re running macOS Catalina, you can download the appropriate version of the Command Line Tools for Xcode for your version of Catalina from here. For macOS 10.15.3, the filename should be Command_Line_Tools_for_Xcode_11.3.1.dmg. Once you have installed the correct components, you should be able to build using node-gyp successfully. If you get a node-gyp rebuild failing on Mac, you need to review these components to find out what went wrong.

How to Solve the Node-gyp Rebuild Error

Installing a node module is an easy process. You just need to run specific commands and you should be good to go. If you encounter node-gyp rebuild Fails on Mac, you need to step back to figure out what happened.

But before you do, here are some basic troubleshooting steps you should try:

If you’re still getting a node-gyp rebuilding error, take a look at the solutions below and see which one works for you.

The first thing you need to do when you get an npm gyp error on Mojave or other macOS version is to double-check the node-gyp’s installation requirements. As mentioned in the section above, you need three components for it to work, namely:

Don’t forget to install the C and C++ languages, which will be needed to compile the modules. If any of these is missing or is not working, you’ll definitely get the rebuild fail error. Reinstalling the missing or faulty component should help fix the issue.

Sometimes installing these components is not enough. You need to make sure you’re using the correct version for your macOS. You can choose between Python v2.7, v3.5, v3.6, or v3.7, depending on which version works for you. For the Xcode, you can download it from this link. You also need to install the latest version of node-gyp just in case.

You can check whether the Xcode Command Line Tools on your computer is installed properly and will work with node-gyp, you can run an acid test by following these steps:

A lot of affected developers noted that changing the version of Python used for the active environment helped fix the issue for them. This has something to do with the compatibility between the macOS version, the Node version, and the Python version you are using. Some users found that older versions of Python, such as v2.7, are more stable than the newer ones. Experiment with different versions and see which one works for you.

Getting node-gyp rebuild fails on Mac can be a hassle and figuring out what went wrong can be a huge waste of time. So if you encounter this error, refer to the guide above so you know exactly what to do to fix the error.