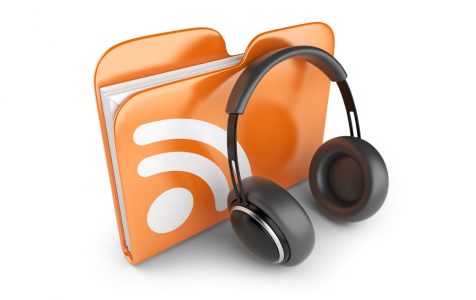 Various files have different extensions, depending on the software used to create them. For example, documents that are created with the Microsoft Word program have the .doc or .docx extensions while audio files usually come in the .mp3 format. There are hundreds of file extensions that we know about, but there are more that we are not familiar with.

For example, have you encountered a file on your Mac with Gen 669 format? If you downloaded a file from the internet with the file format as xxxx.669, you’re probably at a loss on how to open it or what kind of a file it is. The Mac Gen 669 format is just one of those formats that we do not encounter every day so most users are not aware of what it is and what it is used for.

This guide will give you a quick rundown on what the Mac Gen 669 format is and what applications you can use to open this type of file.

Mac Gen 669 format refers to Music mod files with the .669 file extension. It is an audio file that is related to various programs. It can be a UNIS Composer 669 Module or an 8 Channels MOD 669 Module, depending on the software used to generate this file. Generally, Gen 669 files are 8 channel tracker modules that are similar to .MOD files in a sense that they also use sound samples for instruments.

But the Mac Gen 669 format is mostly associated with the discontinued UNIS Composer 669 Module. This app refers to an eight-channel tracker module that utilizes sound samples of instruments. Files with the .669 file extension are closely related to MOD files or Multichannel Tracker.

The .669 file extension was the first module formats designed for computers. They may not have a wide range of effects, but they are able to support up to 32 channels. The Composer 669 was designed by Tran of Renaissance, aka Tomasz Pytel and was launched almost three decades ago.. Unis 669 Composer, on the other hand, was written by Jason Nunn and launched two years after the Composer 669 was released. Both the Composer and UNIS Composer 669 used an eight-channel tracker, but Composer 669 utilized text mode layout and DOS tracks.

Aside from Mac, 669 files can also be opened using Android, Linux, and Windows devices. If you cannot open files in Gen 669 format, then it means that your device does not have the required application to open this type of file.

How to Open Files in Gen 669 Format

It can be quite a challenge to try and open a 669 file since the programs used to create them are now obsolete. The easiest thing to do is find an alternative file with a more popular file extension. Since 669 files are audio files, you can try looking for the same file in the .mp3 or .wav format. These file extensions are more general and most audio players will be able to open them.

But if the data that you need can be found in that file alone, then you have no other option but to try and open it.

The first thing you do is double-click on the file to open it. Your operating system should automatically find the most suitable program to open this certain type of file. But if you get a message that says there is no program suited to open the 669 file on your Mac, you need to install one that would be able to open it for you. You can check out the list below to find the best app to open this kind of file.

After this, any time you try to open a file with the 669 file extension, Finder will automatically load it with the app that you have just configured as the default.

Here’s a list of some of the programs that are able to open the 669 format, not only for Mac, but for other operating systems as well.

Tip: Before installing any of these apps, make a general sweep of your Mac to resolve issues and prevent installation errors from happening. You can use Mac repair app to clean up your Mac in one go.

This 8-channel digital audio tracker for PC has been discontinued long ago, but you can still run this app on any device with a DOSBox, FreeDOS, or MSDOS from 3.0 to higher.

This improved version of the Composer 669 can also be run using the DOS environment.

This open-source media player can open just about any audio file type on any device, including Macs, PCs, Linux devices, and smartphones.

This player allows you to open multimedia content, such as audio and video on Windows computers.

Open ModPlug Tracker is an open-source audio module tracker designed for Windows, which can be considered as the modern version of Composer and UNIS 669.

This is the free and open-source clone of Impulse tracker, an application used for creating high-quality music without the need for sophisticated and expensive equipment. Schism Tracker runs on Windows, macOS, and Linux devices.

This audio module player is free for macOS and is capable of playing several audio formats, including 669 files.

This multi-purpose audio tool can read a veritable range of audio file formats from different platforms, trackers, and synthesizers. Awave Studio is only compatible with Windows devices.

Trying to open a file with a Mac Gen 669 format can be troublesome because you need to first install a program that is capable of opening it. If you can find an alternative file, that would be ideal. But if it is the only available copy and you need it badly, you can choose from the list of apps above to open the file for you.