Home » Mac » What to Do About Carbon Copy Cloner Compatibility Issues with Big Sur?

What to Do About Carbon Copy Cloner Compatibility Issues with Big Sur? 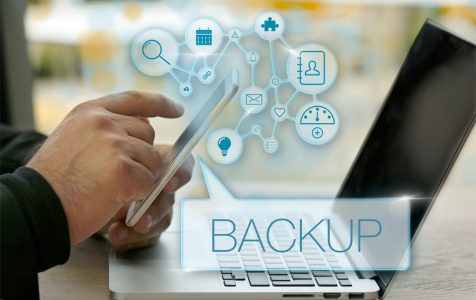 Creating a backup of your important files can be a lifesaver. Whenever you encounter an error, file corruption, or any problem that prevents you from accessing your files, you can always rely on your backup to avoid data loss. Among the many backup tools available for Mac, Carbon Copy Cloner or CCC is one of the most reliable.

What Is Carbon Copy Cloner?

Aside from being used to create file backups, Carbon Copy Cloner can also make complete images of your computer or clone your hard drives. This tool is quite flexible because you can either back up the whole disk or just a part of it to your external hard drive. It is capable of creating bootable backups and booting from your backup if a disaster strikes your hard disk.

You have the option to choose what time you want the backup to be processed — hourly, daily, weekly, monthly, and others.

CCC is equipped with a smart update function, which prevents you from copying all the files every time the backup is initiated. This means that the app will only update the newly added or modified files. You can also use Carbon Copy Cloner to create bootable backups. In case your hard disk fails or becomes inaccessible, you can boot from your bootable backup in no time.

Tip: Avoid copying unnecessary files to your backup drive and save some storage space by regularly cleaning your computer using a Mac optimizer tool. It also prevents potential issues and keeps macOS performing at its best.

With the upcoming public release of macOS Big Sur, Bombich Software, the developers behind Carbon Copy Cloner warns of compatibility issues with macOS Big Sur. CCC has reported these issues to Apple and they are still waiting for an official response. Let’s look at some of the known issues and what you can do about them.

There are three main issues that users have to be aware of when using CCC 5 on macOS Big Sur. Let’s discuss them one by one and the workarounds offered by CCC.

With CCC, users are able to create advanced backups of your hard drive while keeping it functional and bootable. This ensures that you never lose your data if an accident ever occurs. But with Big Sur, the Apple Software Restore does not have the capability to close the Big Sur startup disk because of a broken seal. Apple’s Signed System Volume, which is very proprietary in nature, is preventing ordinary system calls and copy software from cloning the macOS System volume.

The Signed System Volume has been implemented starting macOS 10.15.5, but CCC was able to work around this restriction by using Apple’s APFS replication software. But with Big Sur, ASR no longer creates a bootable copy of the macOS System volume.

Fix: Apple has recently released the macOS 11.0.1 which resolves some of the issues with Apple Software Restore or ASR utility. However, CCC is still testing whether this patch has resolved all errors and if CCC is now able to create bootable backups.

If installing this update does not fix the problem for you, you can try the workaround suggested by CCC. Make your backup drive bootable by directly installing Big Sur onto the backup disk. You can also employ the help of Migration Assistant to restore all of your data and files to a clean installation, without having the need to install macOS on your backup drive.

With the release of macOS Big Sur, the system is now located on a cryptographically sealed “Signed System Volume”. And this seal is applied by Apple itself. This means that when you clone the System volume, they are not bootable copies because they do not have Apple’s seal. To create a bootable macOS 11 System volume, CCC uses the ASR tool mentioned above. Unfortunately, the ASR only copies entire volume groups, which includes System and Data, not just the System volume. Because of this, CCC has to erase the whole destination volume, including the existing snapshots on that volume, whenever a macOS update is released, in order to update the system on the destination.

Fix: CCC has reached out to Apple to request that the ASR be allowed to clone the System volume only. CCC is only waiting for the implementation from Apple. While the fix is not rolled out yet, CCC recommends erasing the destination only when you establish the initial backup, then use the built-in file copier to maintain your backup of user data, applications, and system settings. If you wish to update the macOS on the backup drive, boot your Mac from the backup drive and install any updates using Software Update in the System Preferences app.

Fix: If you want to boot from the cloned volume, reboot your Mac while pressing the Option key, then choose the cloned volume found in the Startup Manager. Then, you can set the startup disk to the current startup volume.

Although Carbon Copy Cloner has released a version that works with macOS Big Sur, the developers are aware of the compatibility issues and limitations of the backup tool. It is working together with Apple to address these issues and hopefully iron everything out when Big Sur is finally released to the public. For now, we hope that the suggested workarounds above should help.