Home » Mac » 5 Ways to Stop iMac From Overheating While Gaming

5 Ways to Stop iMac From Overheating While Gaming 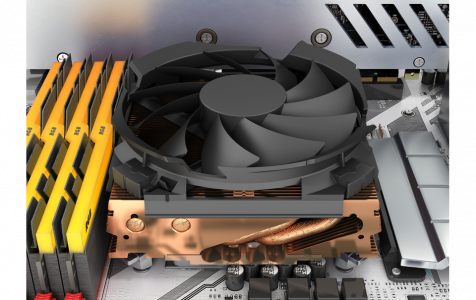 Contents hide
What would cause the Mac to overheat?
What to do if the iMac suddenly gets hot
1. Launch Activity Monitor
2. Boost your Mac’s performance with a Mac Repair tool
3. Clean your PC
4. Replace your fan
5. How hot is your environment?
Quick Fix

If your Mac overheats every time you play a game or when you least expect it to, then you have come to the right place. Here we shall not only discuss some of the reasons why your Mac might be overheating but also explore proven ways of keeping your Mac at a temperature range that you are most comfortable with.

What would cause the Mac to overheat?

Technically speaking, overheating refers to the fan inside the Mac being unable to dissipate the heat generated by the processor quickly enough. It is either a sign of a machine that is working too hard or an indication of a faulty fan – it can also be both of these things at the same time. Solutions to these two scenarios are explored in this article so that next time gaming causes iMac to heat, you will know what to do.

What to do if the iMac suddenly gets hot

The first course of action that you should take if your iMac gets suddenly hot when gaming is to look at the various applications that are open. Some applications consume more computing power than others, and considering that they are open when the Mac is already intensively engaged – gaming normally requires a lot of computing power too – you will have to stop them.

You can also access the Activity Monitor in the following way:

Now that you have the Activity Monitor open, you will be able to see the following five tabs: CPU, Memory, Energy, Disk, and Network. Each of these tabs presents data on these five aspects of your PC, and analyzing this data will help identify the processes that affect your Mac’s performance and possibly the reason it is overheating.

The following is a small breakdown of what each of the tabs represents.

Usually, the app that uses the most resources will appear at the top, which makes it very easy to identify the ones that you need to quit. To stop an app from running on Activity Monitor, you only need to do the following:

While using the Activity Monitor to quit various apps, you should be on the lookout for browsers such as Google Chrome and apps such as Adobe Acrobat as these consume a lot of computing power and maybe to blame for the extra workload that is causing your Mac to overheat.

2. Boost your Mac’s performance with a Mac Repair tool

After using your computer for an extended period of time, it can experience a significant drop in performance for a number of reasons. Some of these reasons include accumulation of junk files, missing updates, corrupt and invalid entries, malware infection, and old versions of software. These can greatly affect your Mac’s function to the extent of causing it to overheat where it shouldn’t. A Mac repair tool such as Mac repair app will diagnose all of these problems and boost your Mac’s performance in the process.

It is likely that the reason why you report “iMac suddenly getting hot while gaming” is because your Mac has accumulated dust over the years or months and the dust is interfering with the normal function of the fan. When the fan can’t speed up in response to increased CPU activity, your Mac will definitely overheat and your gaming experience will not be as pleasant as you expect it to be.

To remedy the situation, open the screws that hold your Mac together and with the help of a blower, clear all the dust from the hardware.

Before you consider replacing your fan, first make sure that it is faulty. There are a lot of online tools that can help you identify problems with your fan, and some can even remedy them. You can also launch Apple Diagnostics on your Mac, which will test your Mac for hardware issues and offer various suggestions.

5. How hot is your environment?

To keep your Mac from overheating, the fan creates cool circulating air over the processor. If the processor is already in a hot environment, say outdoors where the sun is already burning everything up, there is little chance that the fan will do its work effectively. Apple recommends that you keep your Mac in an environment that’s between 50 and 95 degrees Fahrenheit (10-35 degrees Celsius).

In summary, when the Mac gets hot during gaming, first look for the apps that are using too much computing power and quit them with the help of the Activity Monitor. Secondly, consider boosting your Mac’s performance with a Mac repair tool. If this doesn’t help, blow the dust off your fan and in the process, check to see if it’s faulty and needs to be replaced. And finally, consider that your environment might be too hot for the fan to perform its duties effectively.