Home » Anti-Malware » What is Hacktool:win32/keygen? 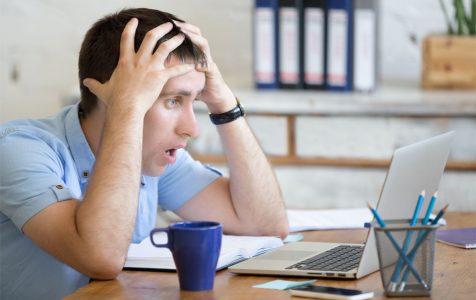 There are some applications that users can use to illegally register various software programs. What these apps do is that they forge the activation key or license file to trick certain programs to believe that they have already been activated. These rogue activities associated with pirating software result in diminished revenue for the software developers.

Hacktool:win32/keygen is an illegal tool that is designed for software-cracking purposes and is closely associated with severe malware infections. This rogue program can generate fake activation keys and licenses for different software.

Most times, users download the Hacktool:win32/keygen tool as they try to bypass restrictions of trial periods for certain apps or when they’re trying to use a paid program for free. Remember that not all cracks are harmful, but they can easily be bundled with different types of malware such as viruses, Trojans, ransomware, worms, etc.

For example, there are some infections that may:

All these actions happen in the background, and no symptoms are shown. So, by the time users realize it, the infection has already created a mess. the consequences of the infection are dire. While some of the users get their account hacked, others lose their money or have their identity stolen. There’s also the possibility of losing all their stored data.

Here are some of the possible ways in which Hacktool:win32/keygen may manifest on your computer:

This is probably the most frustrating malware entity since it locks all the users’ data and demands payment for them to get a decryption key. The ransom is often paid in Bitcoin.

They allow attackers to perform various web injects and other tactics that enable them to steal financial and other sensitive information from the computer.

These are some of the highest levels of violation of privacy on users. They’re also quite difficult to get rid of, but in most cases, they’re almost impossible to eliminate.

These are very resource-intensive entities and use up more than 90% of the processing power to mine cryptocurrency. As a result, users encounter crashes, errors, and ridiculously high electric bills.

These can keep a record of all the details that you type onto your keyboard and use the information collected for purposes that harm the user.

How to Protect Yourself from Hacktool:win32/keygen

It’s clear that the threats brought about by Hacktool:win32/keygen can leave you devastated. The fact that these malicious programs are designed in such a way that they remain unnoticed for long, only puts you at a greater risk.

To protect your computer from malware infection, you should avoid downloading software cracks and hack tools. This does not only put you at risk, but it also goes against intellectual property laws. Cracked sites have become a hub for malware distribution since they’re barely regulated.

Once you realize that your system has been infected, you should act fast to eliminate the infection. If possible, follow proper Hacktool:win32/keygen removal instructions. While the manual removal process is still doable, it’s quite lengthy and complex for the ordinary computer user. That is why we suggest to opt for the automatic removal option. If you still wish to remove the malware manually, the first thing you need to do is identify the name of the malware you wish to remove, so that you don’t eliminate the wrong program.

It is advised to scan your system as well using a robust antivirus program. This will eliminate all the threats present in your system. If the scanning process isn’t successful, you may run your computer in “Safe Mode with Networking” and perform a full system scan in this mode. However, with modern security tools, you shouldn’t have any problem removing the Hacktool:win32/keygen tool.

When you’re done with the removal of the malware, you should also fix the damage it caused using a reputable repair tool. After the computer has been infected, it can’t run at its optimum level anymore. This explains why you keep experiencing problems even after you have already terminated Hacktool:win32/keygen.

Hacktool:win32/keygen is a potentially malicious app associated with a variety of malware infections. Even though the behavior of this rogue tool differs, it’s obvious that the motive remains the same. The threats are intended to violate your privacy as well as the safety of the system. Next time you click on a crack, remember that the result can be a severe computer infection.

Lastly, you need to keep in mind that using Hacktool:win32/keygen or any other third-party tool to bypass software activation is illegal and isn’t encouraged. Piracy is a serious crime that can cause result in prosecution.