Home » Anti-Malware » How to Remove the GraceWire Trojan

How to Remove the GraceWire Trojan 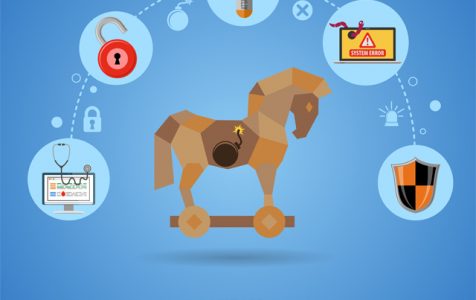 Malicious programs in the Trojan horse family pose a great threat to computer users. Trojans are generally associated with terrible actions such as:

These are just but a few of the possible harmful effects associated with these widespread malicious computer programs. To learn how to protect yourself from these threats, you need to fully understand what they’re capable of, as well as the tactics they use to spread and infect computers.

In this post, we’re going to explain in detail how to detect and get rid of Gracewire Trojan.

Gracewire Trojan is a sneaky threat that infiltrates your computer and starts performing different detrimental processes without you realizing it. This malicious program is an information-stealing Trojan that not only targets a wide variety of data but also causes severe issues. The GraceWire Trojan can easily take over your computer’s full control process.

The information that these Trojans steal is either used to blackmail people or spread more phishing emails.

What Can the GraceWire Trojan Do?

The main purpose of these secretive intruders is to gain control over your computer and gather as much information as possible. Their presence also makes it easy for other malware entities to infiltrate your computer. The most noticeable consequences of such an infection range anywhere from performance issues to failure to run a program and use certain features.

There are several actions that the GraceWire Trojan can do on the infected computer. Hackers have the luxury of choosing from the list of functionalities which one they would like to run depending on their goal. Some of these functions include:

This Trojan runs commands that the hackers have programmed it to.

The malicious program collects data belonging to the user. It also steals stored files and other details from the browsers.

The hackers can easily take over the infected computer and do whatever they wish.

When your computer gets infected with such a threat, random virus files get dropped into the system without your consent once it’s running in the background.

The system’s settings get manipulated in the way the attackers want. Often, the computer user will notice repetitive system crashes, software errors, serious system slowdowns, and screen freezes. These signs mostly occur when the GraceWire Trojan assumes control of your computer to complete various tasks such as Bitcoin mining.

GraceWire has the potential of permanently damaging your computer and leaving you with a machine that is of no use to you. You could also experience privacy issues or become the target of a more personalized attack.

How Does the GraceWire Trojan Infect Computers?

The GraceWire Trojan is distributed through a dubious site that asks its visitors to complete “CAPTCHA” to verify that they’re not robots. When the user completes this request, a malicious Excel document gets downloaded, and once the user opens it, the GraceWire Trojan infection process starts.

GraceWire Trojan is a secretive program that can run for quite a while before users can realize that their computers have been infected. Once you notice that your computer has been compromised, you need to act quickly to remove the threat following proper GraceWire Trojan removal instructions. This Trojan may either be removed automatically or manually.

The removal process is a complex one and gets more difficult if the malware has run for longer in the background. This further shows you that you need to terminate the intruder as soon as possible.

Such threats are highly likely to re-install themselves repeatedly if you don’t get rid of their core files. To be on the safe side, it’s advised that you download and install a robust anti-malware tool to automatically detect and remove all its malicious software components. This method is efficient and also cuts down your time significantly.

Step 1: Click on the “Start” button on Window’s lower-left corner.

Note that this process is not guaranteed to fully get rid of GraceWire.

As we had mentioned earlier on, it takes a while before you can realize that a Trojan-based infection like GraceWire is in your system. It is also not mandatory for any visible symptoms to show. So, if you suspect that your computer has been attacked by GraceWire, you need to run a scan using a reliable security tool.