Home » Android » Anubis: An Android Banking Malware to Watch Out For

Anubis: An Android Banking Malware to Watch Out For 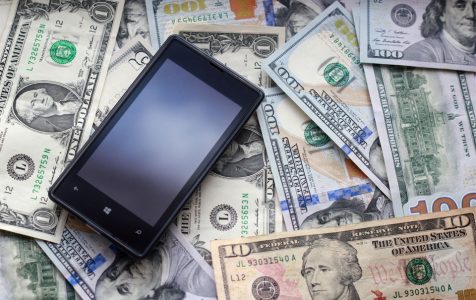 Contents hide
How to Protect Yourself from the Anubis Android Malware
1. Use Your Device’s Advanced Security Features.
2. Encrypt Your Data.
3. Back Up Your Device’s Data.
4. Avoid the Installation of Third-Party Apps.
5. Use Public WiFi Carefully.
6. Update Your Android Operating System Regularly.
7. Download an Antivirus App for Your Device.
Other Android Banking Malware and Trojans
1. Gustuff
2. MysteryBot and LokiBot
3. Exobot
Anubis Is Back: Are You Ready?
Remove Now

Last year, a banking Trojan called Anubis made headlines. It made its way to Android devices via infected downloads and apps from the Google Play Store. The malware would ask permission to use a device’s accessibility service, and then it would steal login credentials to payment cards, e-wallets, and banking apps.

After a few months of hiatus, the Android malware is making its way back into smartphones. It still targets banking apps, stealing passwords for them. But the good news is you can protect yourself from this Android malware.

How to Protect Yourself from the Anubis Android Malware

So, how can Android users protect themselves against the Anubis Android banking malware? Here are a few ways:

1. Use Your Device’s Advanced Security Features.

If your smartphone supports password or fingerprint recognition, then enable it. These features are very handy, especially if you accidentally leave your phone on the counter at a café or if it gets stolen. Cybercriminals would not be able to penetrate through your first line of defense.

Have you already set your smartphone to encrypt your data? If not, now is the time to do so. Encrypting your data is very useful when it comes to protecting sensitive information, be it business emails or banking credentials.

3. Back Up Your Device’s Data.

It would be great if you connect your smartphone to its assigned cloud service. This way, you can easily and conveniently back up your data. But if you don’t trust the cloud, make sure that you connect your device to your computer to regularly sync data and preserve important files and documents.

4. Avoid the Installation of Third-Party Apps.

If you are using an iPhone, then you don’t usually have enough choices. However, Android users do. They can get any app they want, regardless of whether it’s from Google Play or from an external source. To ensure you don’t download a malicious app, make it a habit to read reviews. Also, if an app asks for access to your personal data, do not consider downloading it.

We understand that you don’t want to use up all your data. But it is worth noting that public WiFi networks lack security and encryption features. So, if you ever connect to one, try not to transmit sensitive data or make financial transactions.

As soon as you get a notification that an Android update is available, do not ignore it. Instead, charge your phone, get rid of unwanted files, and install the update as soon as possible. An update often comes with security patches and features that can keep your smartphone protected against prying eyes.

If possible, download an antivirus app for your Android device. This way, once a malicious app successfully gets into your device, the antivirus app can prevent the infection. An antivirus app that we highly recommend is Android cleaning tool. This app checks all downloaded and installed apps. It also prevents malware and viruses from getting access to your private data, particularly your saved credit and debit card information.

Other Android Banking Malware and Trojans

Aside from Anubis, there are other Android banking malware and Trojans that exist today. What’s more alarming is that they often come bundled with other apps. We’ve listed them down below just so you have an idea.

Gustuff is a banking Trojan that is ill-famed for targeting the Australian market. According to research, the Gustoff bot offers to provide cybercriminals with the chance to lure online customers from the following banks: CBA, Citibank Australia, Bankwest, St. George, NAB, and the Bank of Melbourne.

Once the malicious app is installed, the affected device begins sending messages with a URL to the victim’s contact list. If anyone clicks on the link, a remote server will assess whether the device is suitable for delivering the real banking malware.

According to reports, the malware uses disability assistance features, including Android’s Accessibility Service, to implement an Automatic Transfer System (ATS). This ATS allows hackers and cybercriminals to transfer funds from a victim’s account to their own without leaving any trace.

While MysteryBot has the most generic Android banking malware functionalities, it seems to be aiming to surpass the average. Reports say that the malware sends data to the server used by LokiBot, another banking Trojan, clearly suggesting that these two are being developed and controlled by the same group.

The reason that the LokiBot group developed MysteryBot remains unknown, but people are speculating that it’s probably because LokiBot’s source code leaked online a few years ago.

For those who are new to using Android devices, MysteryBot is banking malware that shows overlay screens on Android 7 and 8. These fake login screens usually appear on top of legitimate apps. But because of the security features added by Google engineers on Android 7 and 8, no malware has been able to display overlay screens in a consistent fashion.

Here is one creepy thing that may happen to you while using your Android device: You switch on your phone and open your banking app. While you think you have entered your login information safely, a malicious and invisible app has already stolen your username and password and has sent them to a cybercriminal who is waiting to use the information to steal your money. This app is backed by nasty malware called Exobot.

Exobot is a botnet package for Android devices. Simply said, it is malware that gives its creators remote access to the infected device.

In 2016, this malware came out and about. Back then, the creator made it available as a rented service. But two years later, its source code leaked publicly. As a result, anyone who has the technical skills can download the source code and modify it to create a new version of the malware.

Anubis Is Back: Are You Ready?

Anubis is not the only Android banking malware that is being constantly refined and improved by its creators. So, it really pays to be prepared.

One simple yet trusted way to prevent malware attacks is to install a reliable Android antivirus app. This app gives your device complete protection, checking all your installed apps for any signs of malware infection and preventing malware and viruses from gaining access to your private data.

Do you think your Android device is protected from any banking malware and threats? What measures have you taken to keep these threats at bay? Let us know below!