Home » Windows » How to Fix FileMaker 17 Crashes in Layout Mode

How to Fix FileMaker 17 Crashes in Layout Mode 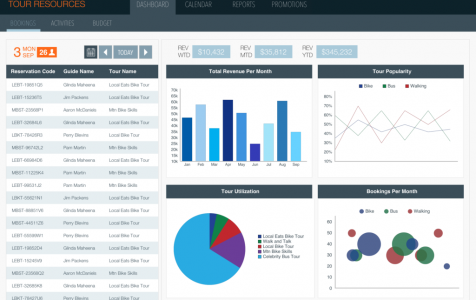 FileMaker Pro Advanced, initially known as FileMaker Pro, is the most popular go-to tool when it comes to creating custom business apps. Developed by FileMaker Inc. , a subsidiary of Apple, this software helps you easily create new apps from scratch, customize an existing one, or build customizable databases using its powerful database engine.

What makes this tool popular is that you don’t need advanced programming skills to develop apps or build your database. FileMaker Pro Advanced comes with a set of powerful tools to make the processes faster and easier. It has an intuitive and user-friendly graphical interface, easy-to-use design tools, built-in starter apps, and plenty of themes to choose from.

What Does FileMaker Pro Advanced Do?

FileMaker Pro Advanced was initially designed for macOS, but Windows-compatible versions were released later on. The latest version of the software is FileMaker Pro 17 Advanced and it can be used to do a lot things such as:

Several users have posted in the FileMaker community that the program crashes frequently when working in Layout Mode. One user has already reported the problem to the FileMaker Technical Support and the support team has confirmed that the crash problem is indeed being caused by FM Pro, not by external factors.

According to another user, the crash happens every time the Layout Mode is used and he’s working on complicated layouts. He reported that it occurs whenever he switches to a different layout while working on the same database.

One Windows user also posted about FileMaker Pro frequently crashing in different situations and with no apparent reason at all. He was using a fully updated Windows 10/11 computer with no plug-ins installed, so he can’t understand what caused the crash.

FileMaker Pro crashing is a very annoying and frustrating problem, especially if the crash happens when you’re working on complicated or multiple layouts. All the things you’ve worked on for several hours will likely be gone and you will need to start building everything from scratch again.

Although FileMaker has confirmed that the crash is being caused by the software itself, FileMaker has yet to release an official fix for the problem. Meanwhile, we’ve listed down some of the user-recommended solutions that worked for them.

Check your computer for available disk space. One of the reasons why programs crash is lack of storage space. When there’s not enough disk space, FileMaker Pro is unable to write cache files, hence the crash.

If you’re using a computer running on a Windows operating system, you can check for your available disk space by going to File Explorer > This PC > C:. If there’s not much disk space left on your computer, you can use an app such as Outbyte PC Repair to delete all junk files and gain back some storage.

If you’re using a Mac, you can check how much storage is left on your computer by clicking the Apple logo then choosing About This Mac. Click the Storage tab to see how much your total space is, how much is being used, and how much is available. If you need to free up some space, Mac repair app can help you get rid of all the unnecessary files on your Mac.

Check for corrupted layouts. Create a new layout and copy-paste the objects individually. If you were able to copy everything without crashing, then that means that the previous layout is corrupted. Restoring a copy of your layout will not work because the restored version is most likely to be corrupted as well. Make sure to delete the faulty layout so you don’t end up using it again.

If FileMaker crashes when you’re switching layouts, then it may be because there is a corrupted object that is causing the crash. Removing the corrupted object will make your layouts stable again.

Check for corrupted portals. After several testing and experimenting, one user found out that leaving a layout with a portal visible will cause FileMaker Pro to crash. The affected layouts will crash 100% of the time and this suggests that there is some corruption with the specific portal. To fix this, make sure to hide the offending portal before leaving the layout. Once the portal is hidden, there will be no problem changing or switching layouts. You can also fix the corrupted portal by cutting the corrupted portal, then pasting it right back to where it was.

Downgrade Office 365. A Windows user discovered that the main cause for his FileMaker Pro crashing was the recently installed Office 365 update. Downgrading to the previous version solved his FM Pro problem.

To install or revert to any Office 365 version, follow these steps:

Once you have installed the Office 365 version that you need, try launching FileMaker Pro Advanced again and see if the solution works.

FileMaker Pro Advanced is a useful tool for building apps and databases, but this crash problem is making the process more complicated than it should be. If you’re one of those who are looking for a solution to this problem, you can try the fixes above to see if they work for you while an official fix from FileMaker Inc. is still underway.