DirectX for Windows: A Quick Overview 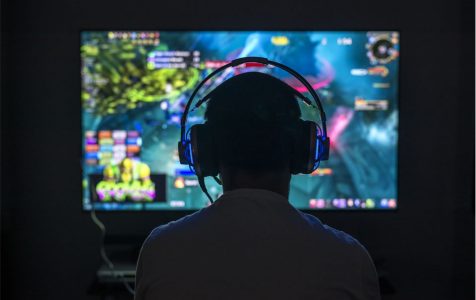 Contents hide
What Is DirectX?
DirectX Components
How to Check Your Current DirectX Version
How to Use DirectX
How to Install DirectX 11 on Windows 10/11
What If There Are a Couple of DirectX Versions Installed on Your Computer?
Uninstalling DirectX
More Tips
Quick Fix

Since it was initially released in 2015, Windows 10/11 has served a lot of users like students and organizations. However, with its features like native controller support, Game DVR, and the Xbox apps, it seems to be quite targeted for gamers.

Among the best elements of Windows 10/11 that support a user’s gaming experience is DirectX. Let’s find out what DirectX is and try to better understand what it does to your Windows 10/11 device.

DirectX is a set of Windows APIs that is responsible for handling the graphical aspects of gaming apps and software. Because no two gaming computers have exactly the same set of hardware, game developers use the libraries and APIs of DirectX to build games that support any gaming computers.

Before Windows 10/11, gamers need to download DirectX separately. Whenever they install a new game, they’d see a notification to get the latest DirectX to proceed with the download. But Microsoft already changed that since Windows 8. They included DirectX as part of the Windows 8 package.

DirectX has many amazing components that make it a handy tool for gamers. These components work together to deliver specific DirectX features, such as the following:

However, contrary to what most people think, the components of DirectX do not only revolve around the graphics and display aspects. DirectX also has a role to play in sounds, input, and many more.

For instance, DirectX has a component called DirectInput. It works by interfacing input devices, such as joysticks, mice, game controllers, and keyboards. Though this component has already been regarded as obsolete after version 8 to give way for Xbox 360 controllers, the latest DirectX versions still support it.

Another handy component of DirectX is Direct3D. It’s one of its most popular components of DirectX that is responsible for the advanced graphics functionalities and features, such as the following:

Although this section sounds too technical, what’s interesting about the Direct3D component is that it has feature levels that allow developers to call a single API version and join the current rendering pipeline. These feature levels are sorted in strict supersets in a way that the higher level includes all features that are needed on the lower level.

The basic characteristics of DirectX feature levels include:

How to Check Your Current DirectX Version

As with most software, DirectX for Windows has gotten a couple of updates already. The most current version is DirectX 12. But how do you know what version you are using?

You can easily check your current DirectX version by following the steps below:

How to Use DirectX

To use DirectX in a Windows game like Silent Hill, your system should meet the following requirements:

If you think your system meets the requirements above, DirectX will be automatically detected upon game launch. However, at first use, you will be asked to enable it and make little changes in the game settings.

You cannot download specific DirectX APIs and standalone packages, but you can get updates for DirectX via Windows Update.

To check for available updates, here’s what you should do:

What If There Are a Couple of DirectX Versions Installed on Your Computer?

Through the DirectX Diagnostic Tool, you are able to identify what DirectX version is running on your computer. But it does not mean that you only have one version installed.

For example, if a game developer designed a game to call the DirectX 11 Update 30, then it will be the only version that will work. The newer versions are most likely incompatible with the game.

Whether you like it or not, you just have to accept the fact that DirectX exists on your computer. There is no official way to remove it.

There is also no reason for you to do so because it plays a vital part on your computer’s displays and graphics. Should you try deleting it, expect other programs, apps, or games to malfunction.

We hope we covered everything that you need to know about DirectX. From its functions to its role in gaming, this powerful graphics library of tools sure does contribute to why Windows is becoming a popular gaming platform. So we recommend you just leave it as is and let it do its job.

Here’s also a useful advice just so you can improve your gaming experience. Adjust your system settings to help your games run at a faster pace and tweak your internet connection settings to guarantee a smooth online gaming experience. If you are uncertain about how to do those things, you can install Outbyte PC Repair. In just a few clicks, this tool will do both tasks for you.

Do you have other questions or concerns about the functions of DirectX on your computer? Comment them below.