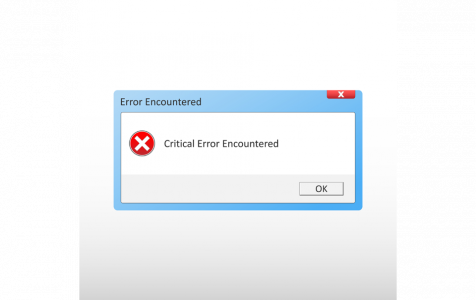 The June 2020 update is full of bugs that Microsoft released an upgrade warning against version 2004 and issued a compatibility hold on Windows 10/11 devices that are affected by these errors. Some of the notable errors included in the information bulletin from Microsoft include problems with Bluetooth, printers, unexpected restarts, DISM errors, among others.

However, Windows 10/11 users have recently discovered another error that is related to the June 2020 update, which Microsoft also confirmed. According to reports, some users with machines running Windows 10 version 1809 and later are experiencing forced reboots, due to the lsass.exe process.

This error has left the affected users very frustrated because the reboot happens right after installing the update.

Windows 10/11 C:\WINDOWS\system32\lsass.exe failed is a critical error that involves the lsass.exe process or the Local Security Authority Subsystem Service (LSASS) file. According to Microsoft, this error is triggered by the installation of the Windows 10/11 Patch Tuesday updates, resulting in unexpected crashes. The bug affects devices running Windows 10 versions 1809 (KB4561608), 1903, 1909 (KB4560960), and version 2004 (KB4557957). The LSASS failure also affects the June 16 out-of-band update.

When users get this error, a message notification in the following format may appear:

The status code might vary, but these errors all involve the LSASS file. The Local Security Authority Subsystem Service (LSASS) is in charge of enforcing security policies on Windows systems. It is also used by the Windows system to add new entries to the security log, handle user logins, initiate password changes, and create access tokens.

When the LSASS process fails, the user will automatically lose access to all of the accounts on the device, and an error message will be displayed. The computer will be forced to restart and you’ll see a warning prompt displayed on the desktop, saying that the computer will soon restart.

There is no known cause that triggers this bug when the update is being installed and Microsoft is still investigating the issue. Microsoft is still working on a fix for this box but there is no definite delivery timeline yet. However, the company is resuming the delivery of optional non-security update releases.

So, if you’re getting this error when you install the updates, there is nothing you can do but look for a workaround. Lucky for you, we’ve listed down the most effective methods to deal with the C:\WINDOWS\system32\lsass.exe failed in Windows 10/11. Check out the methods listed below.

How to Fix “A critical system process C:\WINDOWS\system32\lsass.exe failed” in Windows 10/11

When you encounter the “A critical system process C:\WINDOWS\system32\lsass.exe failed” in Windows 10/11, waiting for Microsoft to launch the fix is not a viable solution because we don’t know when it will be released. You won’t be able to use your computer effectively when this error appears, so you might as well give the methods below a try.

But before you do, here are some basic troubleshooting steps you need to clear:

If the above methods don’t work, then refer to our solutions listed below.

The first step you need to try when you are getting the C:\WINDOWS\system32\lsass.exe failed in Windows 10/11 is to uninstall the problematic update from your computer. Then, you can choose to wait for a cumulative update before trying again, to make sure that you’re not being plagued by this error all the time. You need to block the Update from the Windows Update service as well, to prevent any of the installation files from being re-downloaded and re-installed on your computer.

To uninstall recently installed updates, follow the steps below:

A Control Panel window will open listing all the recently installed updates on that device. The entries will be filtered into groups and according to the date. The most recent update installed will be at the top of the list.

Scroll down to the Microsoft Windows menu, then highlight the update at the top of the list and with the most recent install date. Click Uninstall. When you’re asked to confirm the action, click Uninstall again. You might need to restart your computer for the changes to take effect.

The second option is to disable the Fast Startup feature on Windows 10/11. This feature is enabled by default and is designed to help your device boot up faster when you shut down your computer. Instead of completely shutting down, your computer simply enters a hibernation state to make it easier for you to pick up where you left.

Computers with the Fast Startup option enabled often encounter issues when installing updates, so disabling it this time might help.

The June 2020 Update is a real headache for most Windows 10/11 users, that is why even Microsoft is discouraging those who are affected by the issues from downloading and installing this update. If you’re getting the C:\WINDOWS\system32\lsass.exe failed in Windows 10/11 and the above tricks won’t work, then you can only wait for Microsoft to release the patch in the coming weeks.