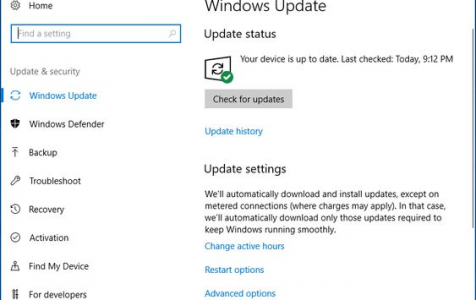 Windows regularly releases updates to fix bugs and issues with the current version of the operating system. In early 2020, Microsoft announced the latest Windows feature update, called Windows 10 version 2004. Nope, that’s not a retro upgrade nor is it a typo error. The Windows 10 version 2004 follows the usual yymm naming syntax, such as 1809, 1903, 1909, and others. It was targeted to be released in 2020 (20) in the month of April (04). However, because of the coronavirus pandemic, the release was delayed and it only became available in May 2020.

Microsoft often advises Windows users to install the latest updates once they become available to protect their computers from vulnerabilities and to resolve issues with the previous version. However, warnings from Microsoft on Windows 10/11 June update has baffled a lot of Windows users who were planning to update early.

In its official release information for Windows 10 version 2004, also known as May 2020 or June 2020 Update, Microsoft warns about Windows 10/11 June update and reveals several known issues about the update. Some of them were resolved, but a lot of the issues are still active and under investigation. Some of the notable problems involved Bluetooth, audio, graphics card drivers, gaming, connectivity, and system stability.

The Windows 10/11 June update warnings are making a lot of Windows users hesitant to install the new update, despite wanting to try some of the newest improvements introduced in this feature update.

Microsoft warns about Windows 10/11 June update because a lot of the problems encountered by users who upgrade early on are still being investigated by the team. Although a lot of the issues have been resolved already, there is still a long list of issues that they need to work on.

Here is a summary of issues that the Microsoft team is currently trying to fix:

After installing KB4557957, some printers may be affected and be unable to print. Users might encounter a print spooler error which halts the printing process. The print spooler might also close suddenly when attempting to print, causing no output from the affected printer. Users might also encounter problems with the apps used to print from, such as email or messenger apps. You might get an error notification from the app or it might crash unexpectedly. This error affects most Windows 10/11 and Windows Server versions.

When you use the Deployment Image Servicing and Management or DISM utility to check for corruption, you might get a report stating that corruption is still present even after repair. Usually, the /restorehealth command (DISM.exe /Online /Cleanup-image /Restorehealth) should be able to detect and correct system corruption. But if you installed the latest update, DISM might report that there are still corrupted files even though they have been fixed already. Windows has not yet fixed this issue but suggested a workaround instead. If you’re getting false DISM reports, you can verify the true state of corruption by running the DISM.exe /Online /Cleanup-Image /ScanHealth command.

Windows 10 version 2004 users who use an Intel integrated graphics processing unit (iGPU) display adapter and are using a monitor with Variable refresh rate (VRR) are very likely to encounter incompatibility issues. Turning on VRR on the affected computer will not enable the VRR for games that are using Direct X 9. Microsoft and Intel are still working on a fix and warns Windows users not to upgrade.

Windows devices equipped with Realtek Bluetooth radios and running on Windows 10 version 2004 might encounter incompatibility issues when connecting or pairing more than one Bluetooth device. Microsoft is already working with Realtek on how to fix certain versions of Bluetooth radio drivers.

Devices relying on Conexant ISST audio, which is released by Synaptics, might experience errors or incompatibility problems after installing the Windows 10/11 June update. or after the device has updated. The June update affects the Conexant ISST Audio or Conexant HDAudio Driver, which can be found under Sound, video and game controllers in Device Manager. The specific files affected include the uci64a96.dll through uci64a231.dll.

Errors with other Conexant audio drivers

Other Conexant or Synaptics audio devices might encounter problems after the computer has been upgraded to Windows 10 version 2004. The computer might get a stop error code or blue screen of death error when The affected driver versions include 8.65.47.53, 8.65.56.51, and 8.66.0.0 through 8.66.89.00, both for 32-bit and 63-bit systems. You can check your audio driver version under Sound, video and game controllers in Device Manager.

Certain apps use the ImeMode property to manage the Input Method Editor or IME mode for text entry fields to improve typing efficiency. When you update to Windows 10 version 2004, some IMEs might have difficulty using the Ime Mode property for certain apps, such as not being able to switch to a different language automatically.

BSOD when plugging or unplugging a Thunderbolt dock

Startup and update problems when aksfridge.sys or aksdf.sys is running

An incompatibility issue occurs whenever certain versions of aksfridge.sys or aksdf.sys is present, particularly the versions up to 1.8.0 for aksfridge.sys or up to 1.51 for aksdf.sys. The Windows 10/11 June update might fail to install or the computer might not boot up after updating.

Some older Nvidia display adapter drivers, particularly those that are lower than 358.00, might be incompatible with the latest Windows 10/11 update, causing errors for the affected device. Some devices might even get a stop error with a blue screen or other issues during or after installing the Windows 10 version 2004 update.

If your device has the Fast Startup feature enabled, the Windows June update may not be installed after shutting down your computer. This is because your computer actually goes into a hibernation state instead of shutting down completely. In order for the update installation to be completed successfully, you need to restart your computer.

Most of these errors are still being fixed and Microsoft did not release a timeframe for when the patches will be released. For the meantime, Microsoft advises Windows users with firmware or driver issues to hold off from installing the latest update.

Although the Windows 10/11 June update may be full of problems, Microsoft is currently working on resolutions to address these issues. In fact, it has resolved some of the bugs related to the latest feature update, including:

Devices using Always On, Always Connected feature might encounter compatibility issues with Windows 10 version 2004. The affected devices will see multiple Always On, Always Connected capable network adapters, including the Microsoft Surface Pro 7 and Microsoft Surface Laptop 3. The devices might receive errors or experience unexpected shutdown or reboot. To fix this issue, Microsoft applied a compatibility hold on those devices with affected drivers from being offered the latest update. Microsoft has fixed this error in KB4557957 and the safeguard should be released in the later weeks.

Some users reported that they were unable to open apps after installing KB4557957, particularly Microsoft Office apps. The error message reads:

Make sure you typed the name correctly, and then try again.

It turned out that the problem was related to specific versions of Avast or AVG applications and has been addressed via an update to their respective products.

Some Windows users reported an incompatibility problem between apps and games using GameInput Redistributable and Windows 10 version 2004. The affected apps or games did not have any mouse input. However, Microsoft’s investigation revealed that the issue is not at all related to any version of GameInput Redistributable installed in the device. The problem could be isolated or related to some other factors. Hence, the safeguard hold has been removed.

Microsoft is now accelerating the roll out of the May/June 2020 update or Windows 10 version 2004, despite the many errors that remain unfixed. However, Microsoft is proactively blocking some affected devices from upgrading and has even issued Windows 10/11 June update warnings to alert users about these existing problems.

It is not all bad news for the latest Windows 10/11 feature update. The new update includes a lot of changes including:

Microsoft warns about the Windows 10/11 June update, but this only for those users who are affected by the software or driver problems listed above. If you think you’re not affected by the issues, you can simply navigate to your computer’s Settings > Update & Security > Windows Update, then click Check for updates.

If you see the Feature update to Windows 10/11, version 2004, as shown above, click the Download and install link. If you don’t see the option to download and install the update, it may not have rolled out to you yet or your device is one of those affected by the firmware and driver issues. However, you should regularly check back over the next few weeks to see if the update appears. Another reason why you’re not seeing the update is because of a compatibility issue with your device. Windows 10/11, version 2004 is only available for devices running Windows 10 version 1903 or 1909.

Once the download has been completed and the feature update is ready to install, you will get a notification from Microsoft to pick the right time to complete the installation and reboot your computer.