Home » VPN » How to Identify and Fix VPNFilter Malware Now

How to Identify and Fix VPNFilter Malware Now 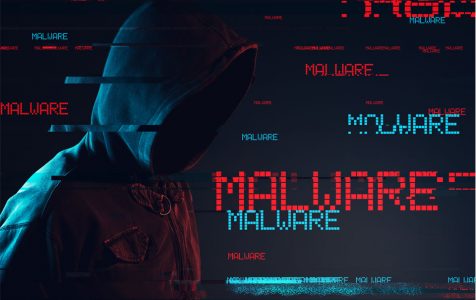 Contents hide
What Is VPNFilter Malware?
Devices Known to Be Affected By VPNFilter Malware
What Does VPNFilter Malware Do to Infected Devices?
Stage 1
Stage 2
Stage 3
Origins of VPNFilter Revealed
I’m Just An Ordinary User – What Does the VPNFilter Attack Means to Me?
Now, here’s the thing. What if you’re actually infected? Explore these steps:
Summary
Run Free Malware Scan

Not all malware are created equal. One proof of this is the existence of VPNFilter malware, a new breed of router malware that has destructive properties. One distinct characteristic it has is it can survive reboot, unlike most other Internet of Things (IoT) threats.

Let this article guide you through identifying the VPNFilter malware as well as its list of targets. We will also teach you how to prevent it from wreaking havoc on your system in the first place.

What Is VPNFilter Malware?

Initially, the malware was detected on Linksys, NETGEAR, MikroTik, and TP-Link network devices. It was discovered in QNAP NAS devices, too. To date, there are about 500,000 infections in 54 nations, demonstrating its massive reach and presence.

Cisco Talos, the team that exposed VPNFilter, provides an extensive blog post on the malware and technical details around it. From the looks of it, networking equipment from ASUS, D-Link, Huawei, UPVEL, Ubiqiuiti, and ZTE have signs of infection.

Unlike most other IoT-targeted malware, VPNFilter is difficult to eliminate since it persists even after a system reboot. Proving vulnerable to its attacks are devices that use their default login credentials, or those with known zero-day vulnerabilities that haven’t had firmware updates yet.

Devices Known to Be Affected By VPNFilter Malware

Both enterprise and small office or home office routers are known to be a target of this malware. Take note of the following router brands and models:

A common denominator among most of the targeted devices is their use of default credentials. They also have known exploits, especially for older versions.

What Does VPNFilter Malware Do to Infected Devices?

VPNFilter works to cause debilitating damage to affected devices as well as serve as a data collection method. It works in three stages:

This marks installation and maintaining a persistent presence on a target device. The malware will contact a command and control (C&C) server in order to download additional modules and await instructions. At this phase, there are multiple built-in redundancies to locate Stage 2 C&Cs in case an infrastructure change occurs while the threat is deployed. Stage 1 VPNFilter can withstand a reboot.

This features the main payload. While it’s unable to persist through a reboot, it has more capabilities. It is able to collect files, execute commands, and perform data exfiltration and device management. Continuing on its destructive effects, the malware can “brick” the device once it receives a command from attackers. This is executed through overwriting a part of the device firmware and subsequent rebooting. The criminal acts make the device unusable.

Several known modules of this exist and act as plugins for Stage 2. These comprise a packet sniffer to spy on traffic routed through the device, enabling website credential theft and tracking of Modbus SCADA protocols. Another module lets Stage 2 securely communicate via Tor. Based on the Cisco Talos investigation, one module provides malicious content to traffic that passes through the device. This way, attackers can further affect connected devices.

On June 6, two more Stage 3 modules were exposed. The first one is called “ssler,” and it can intercept all traffic passing through the device using port 80. It allows attackers to view the web traffic and intercept it to execute man in the middle attacks. It can, for instance, change HTTPS requests to HTTP ones, sending supposedly encrypted data insecurely. The second one is dubbed “dstr,” which incorporates a kill command to any Stage 2 module lacking this feature. Once executed, it will eliminate all traces of the malware before it bricks the device.

This malware is likely the work of a state-sponsored hacking entity. Initial infections were primarily felt in Ukraine, easily attributing the act to the hacking group Fancy Bear and Russian-backed groups.

This, however, illustrates the sophisticated nature of VPNFilter. It cannot be associated with a clear origin and a specific hacking group, and someone is yet to step forward to claim responsibility for it. A nation-state sponsor is being speculated since SCADA alongside other industrial system protocols have comprehensive malware rules and targeting.

If you were to ask the FBI, though, VPNFilter is the brainchild of Fancy Bear. Back in May 2018, the agency seized the ToKnowAll.com domain, thought to be instrumental in installing and commanding Stage 2 and 3 VPNFilter. The seizure helped halt the spread of the malware, but it failed to tackle the main source.

In its May 25 announcement, the FBI issues an urgent request for users to reboot their Wi-Fi routers at home to stop a big foreign-based malware attack. At that time, the agency pinpointed foreign cybercriminals for compromising small office and home Wi-Fi routers – along with other network devices – by the hundred thousand.

I’m Just An Ordinary User – What Does the VPNFilter Attack Means to Me?

The good news is your router isn’t likely to be harboring the pestering malware if you checked the VPNFilter router list we provided above. But it is always best err on the side of caution. Symantec, for one, runs the VPNFilter Check so you can test if you’re affected or not. It only takes a few seconds to run the check.

Now, here’s the thing. What if you’re actually infected? Explore these steps:

If your router is potentially affected, it may be a good idea to check with the manufacturer’s website for any new information and steps to take to protect your devices. This is an immediate step to take, since all your information goes through your router. When a router is compromised, your devices’ privacy and security are at stake.

The VPNFilter malware might as well be one of the strongest and most indestructible threats to hit enterprise and small office or home routers in recent history. It was initially detected on Linksys, NETGEAR, MikroTik, and TP-Link network devices and QNAP NAS devices. You can find the list of affected routers above.

VPNFilter cannot be ignored after initiating some 500,000 infections in 54 countries. It works in three stages and renders routers inoperable, collects information that passes through the routers, and even blocks network traffic. Detecting as well as analyzing its network activity remains a difficult undertaking.

In this article, we outlined ways to help defend yourself from the malware and the steps you can take if your router has been compromised. The consequences are dire, so you should never sit on the important task of checking your devices.

Jesse
Leave a Reply Cancel reply
Featured Stories
Outbyte, Auslogics & CCleaner – The Top 3 PC Optimizers in 2021
PC Repair Windows 1 year ago
Best Choice for Updating PC Drivers
PC Repair Windows 3 years ago
More Stories
How to Choose a Cloud VPN for Your Business
VPN 2 months ago
A Guide to Getting and Testing Residential Proxies
VPN 3 months ago
How to Improve Your Gaming Experience by Using VPN
VPN 4 months ago
6 Most Important Features of Secure VPN Software
VPN 7 months ago
Top 14 Proxies for ExtraTorrents
VPN 7 months ago
What does it take to create a cybersecurity unicorn?
Anti-Malware 9 months ago
Mitigate Your Ransomware Risk With a Cloud Desktop
Anti-Malware 9 months ago
DOWNLOAD OUTBYTE PC REPAIR NOW!