What is ZoneAlarm Extreme Security? 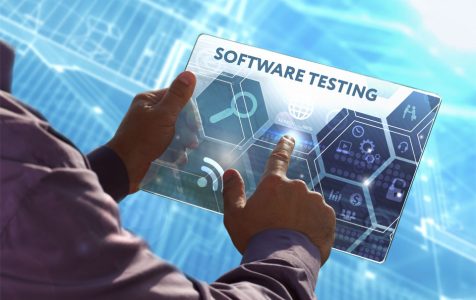 ZoneAlarm Extreme Security has been presenting the same look and value for the last half a decade. Although the tool provides decent protection, there are still some minor issues that we would be addressing in today’s article.

The saying that fits today’s kind of review reads; the more things change, the more they stay the same. For the past six years, ZoneAlarm Extreme Security seems to have evolved significantly in a bid to stay relevant but it still lacks the innovative change witnessed in its competitors. Of course, some key features have changed, with others also being implemented to accommodate the needs of the ever-evolving cyber environment. However, the program has kept an indistinguishable dated interface. Change has always been in Check Point’s pipelines, but for an industry that has a tight competition, the developers are either taking a slow pace, lack creativity, or are just not too bothered about the whole concept of interface and experience overhaul.

How to Use ZoneAlarm Extreme Security?

Upon launching the program for the first time, the software presents a fuzzy display. Further research indicates that Check Point is yet to update the ZoneAlarm app for higher-resolution displays. The menu icons, as well as the tiles, seemed to lack in sharpness on a 1080p display. The user dashboard offers 3 tiles titled Antivirus & Firewall, Web & Privacy, as well as Mobility & Data. The dashboard also features 4 menu items located on the upper left corner titled Scan, Update, Tools, and Help.

Now, to make things a little bit dizzy, when you select one of the tiles, the program will take you to the next window that features three tabs titled the same way as the previous tiles. This makes the initial interface redundant. The secondary screen is where you get access to most of the controls. This is where you can turn on or off Threat Emulation, as well as Application Control. You can also perform manual scans from this secondary interface. The Threat Emulation is a cloud-based tool that helps your computer avoid zero-day attacks. Moreover, Application Control is used to prevent potentially unwanted programs from running in your system. Upon testing this feature, we found it a bit aggressive as it wouldn’t allow some of the legit programs to run.

There is also a two-way firewall which enables rule setting, as well as provides permission for a virtual private network protocol. However, as an average PC user, it is best to leave this section untouched.

The program also offers an anti-ransomware module under the Mobility & Data section. The section features an identity protection module which provides security against data breaches. On top of that, there is real-time protection that runs on the background, scanning for threats attempting to steal sensitive information. To make the real-time feature more effective, you must provide your vital data such as identity details, banking details, social security number, passport copies, etc.

Under the Settings section, you can turn on gaming mode, set periodical scans, as well as auto-updates, and check application’s logs.

Although the program offers some deluxe essential features, it still has some gaps that need filling. For instance, the application does not offer parental control feature, which is much needed when providing service to family structures. Other missing features that are commonly found in security tools include free virtual private network service, cloud storage, or password manager.

To add on the woes, the ZoneAlarm Extreme Security lacks a system tune-up tool. To be frank, we can’t say this is much of a turn off as most of the tune-up tools don’t benefit much and they can easily be acquired as a built-in Windows 10 utility.

Performance-wise, the program scored high on one of the leading testing centers called AV-Test. The software is quite aggressive when it comes to stopping intruders. Its performance is impressive and that is what makes it remain in the game.

When it comes to the cost of the product, ZoneAlarm demands a fair price, requiring a yearly subscription fee of $39.95; a promotional price that is running at the time of this review. The actual yearly fee is $89.95 covering up to 5 devices. To cover up to 10 devices, you must pay a fee of $79.95, which is also a promotional price from the actual figure of $179.95. The subscription can cover up to 50 devices, which comes at a cost of $329.95 promotional fee, with the actual price tag at $899.95.

Depending on the season, you might get some budget-friendly promotional offers. However, as marketing gurus, we know there is no way a cover for 10 devices would cost $179.95 when most of the industry’s leading security tools cost way less. Take for instance, Norton, which covers up to 10 devices for $120 without any promotional offers. Thus, we didn’t like the mind games applied to their pricing factor. If one believes in their product, they should not be afraid to demand straightforward prices without having to overvalue it only to offer delusional promotions.

Although ZoneAlarm Extreme Security delivers good security, it isn’t enough, considering that this is a paid product. The desktop couldn’t be much worse than it is, as it offers an extremely outdated interface which makes it look really bad on high-resolution displays. Therefore, until we get to try the long-awaited updated version of the software, we would advise you to pass this one, for now.