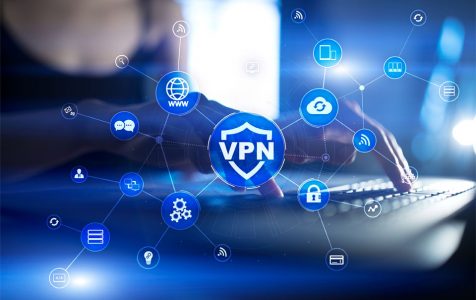 VPN services allow users to circumvent geo-restrictions enabling them to unblock any website. These services also keep the users’ information protected when they connect to the internet using a public WIFI network.

Upon downloading this application, users can securely connect to the internet, and hackers cannot decipher the encrypted data.

What is Touch VPN?

Touch VPN is a popular VPN service that is available to users for free. The software is compatible with devices that run on Android, Windows, Google Chrome, Microsoft Edge, Mozilla Firefox, macOS, and iOS.

This VPN has more than 40 servers across the world, and these servers offer services to 27 locations. Most of the locations are in Europe and North America, but there are plenty of other areas in South America, Asia, and Australia that are covered. All you need to do to use the Touch VPN is to create a profile, and then connect to the internet.

Not bad for a free VPN, don’t you think?

Touch VPN is an excellent app, but just like everything else that is made, it has its advantages and disadvantages:

Touch VPN is a free, speedy, and unlimited VPN that you need to give a try. The company vows to protect the user’s privacy and allow him/her to browse the web anonymously. But is it decently safe? Does it keep off third-parties who wish to monitor your online activity?

In this Touch VPN review, we’ll take an in-depth look at this VPN and see how it works. In the process, you’ll understand what to expect from it and learn a thing or two on how to use Touch VPN.

The main reason why people use a VPN is so that they can browse the web securely. The best provider should make privacy for its users a top priority and shouldn’t share any information with third-parties.

Touch VPN doesn’t inspect or record browsing or viewing information. Your IP address is also hashed and deleted when you log off.

Along with security and privacy, performance is yet another important aspect of any VPN. Touch VPN is a natural choice for website unblocking tasks. This service allows users to access Netflix – something that even paid VPNs can’t accomplish.

The speeds are also quite acceptable (connecting to the EU is faster as compared to a location in the US). Overall, Touch VPN is also very stable.

Some of the encryption protocols supported by Touch VPN include:

Touch VPN doesn’t support IKEv2, which is the most secure protocol in the market. This means that it does not offer kill switch or split tunneling features.

Even though Touch VPN unblocks Netflix, it cannot access other streaming services.

No phone contacts are available. The only support channel that users can reach out to is email, which is quite slow. On average, it takes the support team about 5 hours to respond.

Domain Name Systems allow servers to translate the names in a certain directory into IPs. Most VPNs ensure that there are no DNS leaks, but unfortunately, this cannot be said about Touch VPN. This means that your internet service provider can somehow still monitor your activity even if Touch VPN is turned on.

Just like any other free software, Touch VPN also has its downside. The user’s personal data is collected, and this is clearly stated in their privacy policy. This data that is collected from the users is sold to third-parties to help them stay afloat since they don’t make any money from downloads/registration.

Some of the data that is collected includes:

Touch VPN is a decent service considering that it’s a free app that unblocks Netflix and doesn’t need any registration. However, it also comes with a fair share of dangers. For example, the company logs users’ information and shares it with third-parties. The risk is not worth the reward for an average internet user.

Overall, this VPN is worth a try for simpler tasks.