Home » Software Apps » Tidal Review: What Makes It Stand Out?

Tidal Review: What Makes It Stand Out? 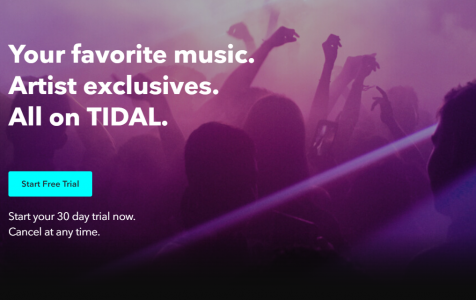 Contents hide
What is Tidal?
How to Use Tidal?
Features of Tidal
Exclusive Content
Lossless Music
Offline Music
Tidal X
How Much Does Tidal Cost?
Summary
Quick PC Scan

Streaming services are having their golden age right now. This is not just true for video streaming, but music streaming as well. With Spotify, Deezer, Slacker Radio, Apple Music, Pandora, and SiriusXM dominating the music streaming industry, another major player, Tidal, has been making quite some noise lately. And it is actually a good kind of noise. In fact, it provides CD-quality music that you won’t find from its competitors. And that’s what makes it stand out from the rest.

Tidal was developed by Aspiro in 2014, but it was relaunched when the famous Jay-Z acquired it in 2015. Right now, Tidal is the only music streaming service that is owned by an actual musician. And because of this, Tidal claims that it is paying higher royalties to songwriters and artists.

Tidal has been enjoying a rising wave of momentum since its highly celebrated relaunch in March 2015. And after two years, it became the first music service to provide hi-res audio streaming, which was made possible by using MQA technology.

These hi-res tracks, which are usually around 24-bit/96kHz and are called ‘Tidal Masters’. Tidal has a library of over 60 million tracks and 250,000 videos, with more than a million of the catalogue consisting of Tidal Masters.

Tidal promotes itself as a music service that prioritizes the artists and songwriters. Aside from Jay-Z, Beyonce, Usher, Nicki Minaj, Kanye West, Rihanna, Alicia Keys, Madonna, and other celebrities also own some shares in the business.

Since August last year, Tidal has incorporated social features in its app to make it easier for mobile users, both iOS and Android, to share the music they are listening to or the video they are watching to their Instagram and Facebook accounts. This is something that Spotify have been doing already, allowing users to post the songs they are listening to to Facebook Story. But with Tidal, users can choose to post individual tracks or the entire playlist, which would appear as still photos on social media.

How to Use Tidal?

Tidal is available for iOS and Android devices, Windows, macOS, Smart TVs and streamers, audio players, and Apple CarPlay. The web player works well on any of the major browsers, including Google Chrome, Internet Explorer, Mozilla Firefox, or Safari. However, FLAC-quality streaming can only be accessed through the web player on Chrome.

Tip: To make sure you don’t come across any glitches when using the web player or installing the app, use a PC cleaner to optimize your computer first. It is also recommended that you run a scan using your anti-malware software to ensure that you don’t encounter any errors when streaming Tidal.

When you access Tidal using the web player or the app, you will be asked to sign up for an account. Unfortunately, Tidal is only available in 54 countries, including the US, the UK, Turkey, Thailand, Spain, Singapore, Portugal, New Zealand, Hong Kong, Germany, Australia, Argentina, and others. You will need to check Tidal’s website before signing up to make sure it is available in your country.

Once you open Tidal, you’ll be greeted by an interface that looks similar to other music streaming services. The home screen displays the featured content, with some of them being platform exclusives. Below that, you will see your recently played music or video, followed by new track and album suggestions.

An exciting feature of this service is the Explore tab. Just like the name suggests, here you’ll find various genres and suggestions based on your previous preferences. Tidal also has a preset playlist for various scenarios under the Moods and Activities tab.

If you dig deep into the Explore tab, you find another feature, which is Tidal Rising. This tab features lesser known and up-and-coming artists that will give you fresh music content that you’ve never heard of before.

Aside from being owned by artists, Tidal has a unique range of features that distinguish it from other music streaming services. Here are some of them:

Most of Tidal’s artist co-owners released their songs, music videos, and other content exclusively on this streaming service. Although most of this content eventually make their way to other services, some remain exclusive to Tidal indefinitely. There are also several podcasts that are available only to Tidal subscribers, including Angie Martinez’s In Real Life and Elliott Wilson’s Rap Radar.

Another major difference between Tidal and other music services is its focus on audio quality. Most streaming services rely on audio technology that sacrifices the quality of the audio to limit the song’s file size. Tidal, on the other hand, offers FLAC and MQA lossless formats to maintain the audio quality of the source material. These formats are available to Hi-Fi subscribers.

FLAC provides CD-quality audio while MQA tries to match the studio quality of a song. Tidal is the first and only service that offers MQA audio in the world.

Although higher-quality music is a big attraction for many music lovers, it usually comes at a price. A single song can be up to six times in size when they are in MP3 format, which means you need a fast internet connection to be able to play high quality music. You also need a larger data cap if you’re streaming lots of music.

The last major feature that distinguishes Tidal from the rest is Tidal X, which is an initiative that centers on the live side of music. With Tidal X, Tidal users can now live stream exclusive shows, concerts, and events. Some examples include Rihanna’s runway shows in Paris, as well as the 10th anniversary concert for Rick Ross’ Port of Miami. Tidal subscribers are also allowed to buy tickets to these exclusive events and other meet-and-greet parties,which are not available to the general public.

How Much Does Tidal Cost?

Unfortunately, Tidal does not offer free subscription or ad-supported plans. There are only two plans available, and they are both paid subscriptions:

Tidal Hi-Fi – This plan costs $20 a month, giving users access to 48.5 million songs that are available in FLAC and MQA audio quality, plus HD music videos, podcasts, and editorial content.

Tidal may not be as popular as Spotify, but it has its own lineup of great features that makes it one of the major players in the music streaming business. It offers fantastic sound quality that you won’t experience in any of the other competing music services, excellent apps, multi-platform support, HD music videos, and easy-to-use interface.