Will Mac Drop Intel Processors in 2019? 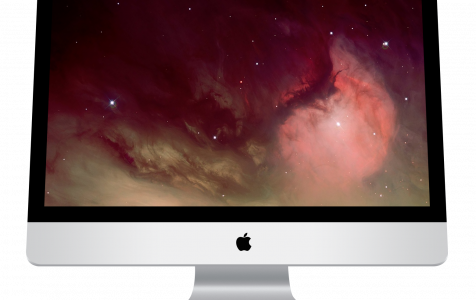 In 2018, Apple made the headlines several times amid rumors that they’re ditching their longtime processor supplier Intel to give way to their own chip designs. For months, the company kept quiet about the issue.

Now, the tech company is in the news again. According to reports, Apple is moving closer to ditching Intel on the Mac, considering how they’re slowly packing their iPads and iPhones with chips that rival those of the latest MacBook models. It is said that Apple will no longer use Intel next year in preparation for a 2020 Mac model, which will of course be powered by an Apple chip.

If it’s true, there are many possible reasons why Apple finally came up with a decision to work on its own hardware and leave their established partner. One could be the legal problems of Apple with Qualcomm.

Looking Back on Mac’s Previous Processors

Macs have undergone two major switches when it comes to processors. The first one occurred in 1994, when it decided to use PowerPC, leaving Motorola 68000 series behind. More than a decade after, they made an announcement that they’re transitioning to Intel because it has better performance per watt, which allows them to produce more efficient and faster laptops. That switch also meant that Macs could already install and run native Microsoft Windows operating systems and apps.

In 2007, iPhone was introduced. It featured an embedded Apple-designed processor called the A12X Bionic, which is based on the ARM architecture. It has since become a secret component of marketing iPhones.

Knowing the capabilities of their processors, it is safe to assume that Apple has a good reason to finally ditch Intel chips. If we trace Apple’s start with processor manufacturing, we can recall that they began with the T1 chip in 2016, which took care of all the touch bar features on MacBook Pros. Two years later, the T2 chip was introduced and embedded on 2018 Macs. It took care of more functions, such as camera control, to improve security.

There are other hints about an upcoming move. It was said that in 2020, a technology that aims to integrate all Apple devices will arrive, and it is currently being hidden under the codename “Kalamata.” They say the tech could cause a big loss for Intel.

According to Mika Kitagawa, senior principal analyst at research and advisory firm Gartner: “I cannot comment on anything that is not released as public information. However, I would believe that Apple could go with their own development of CPUs.”

She added: “I don’t think this is because of their relationship with Intel. But it would be driven by the idea that they can be in control on the development with their own schedule and create the roadmap that can be suitable for their product management overall. Thus, I would not be surprised that they will go with their own.”

The Future of Macs and Intel

Well, a major switch does not suggest the actual end of a deal. Apple could still play safe and put on hold the idea of a full transition, as sudden moves have their pros and cons.

Based on the current technologies Intel and Apple have, it seems that Macs could not run PowerPC-designed apps. That is the reason why Apple decided to release a translation tool they call Rosetta. Even so, there are still features that are threatened with elimination, such as the Classic Environment, which could not run on Intel-based Macs.

Boot Camp is another feature that may be affected by any future switch. This software enables Macs to natively run Windows and macOS on one machine. It even allows swapping between two operating systems.

Although Microsoft already developed a Windows 10 version that runs on ARM-based devices, it is still unclear whether Apple favors the idea of supporting it using its own chips. And even if they do, Microsoft might need to create another compatibility layer to guarantee support for any Intel-designed apps.

If Apple pursues the idea of dropping Intel processors in 2019, it could cause shockwaves in the tech industry. However, we think it’s high time that Apple enters the chip-making realm. In case they push through with it, they can leverage their chip-making capabilities across the board as well as tighten their tech lineup. But whatever the future has for these tech powerhouses, we know the world can only largely accept and adapt.

While waiting for further updates, we suggest that you ensure you make the most of your Mac experience by downloading and installing Outbyte macAries. Though this tool doesn’t have anything to do with your processor, it does a pretty great job of helping improve your Mac’s performance.

How do you feel about Apple drop ping Intel processors on Macs? Let us know!