Error 9956 and Image Importing Issues in Image Capture App: How Mac Users Can Fix It

Mac 3 years ago
Contents hide
What Is the Image Capture App?
This app is rather modest and quietly received by Mac users for the most part, but it can help you perform these four common tasks:
Finding an Image Capture Error? Here’s What To Do
If your photos aren’t importing through this app, try this quick method:
You may also try what’s called binary troubleshooting, where you split a set into half and try accomplishing an action. If it fails, split it in half repeatedly. Here are steps to try:
A Few Key Things To Remember
Quick Fix

macOS has plenty of wonderful pre-installed apps, among them the Image Capture app. Image Capture is low-profile but it surely packs a punch when it comes to features and benefits.

What if you come across problems in Image Capture, including error 9956 and image importing issues? Here’s what to do in specific cases.

What Is the Image Capture App?

This app is rather modest and quietly received by Mac users for the most part, but it can help you perform these four common tasks:

Once connected to your Mac, a scanner is listed in Devices of the Image Capture app. In some cases, though, you might need to set it up through System Preferences > Printers & Scanners. Once the scanner’s all good and running, hit the Scan button to get your documents and images all neatly scanned.

You may also match external devices with new default apps from this menu. If you want Image Capture, for instance, to automatically open whenever you plug in your phone, choose Image Capture from the menu options.

These four uses demonstrate how this native Mac app can get things done in its own simple yet effective ways.

Finding an Image Capture Error? Here’s What To Do

While greatly beneficial, this underappreciated app can also stop working or pose certain problems. Some Mac users have documented trying to import all their images but then getting faced with a lengthy error message listing problematic images (essentially a rundown of failed imports).

According to one user recounting his experience on an Apple online discussion thread, he was trying to import some movies from his iPhone and caught an error for files above 100MB. While his was a “reasonably new Mac” with enough memory and disk space, he still got the message The operation couldn’t be completed (com.apple.ImageCaptureCore error -9956).

If your photos aren’t importing through this app, try this quick method:

You may also try what’s called binary troubleshooting, where you split a set into half and try accomplishing an action. If it fails, split it in half repeatedly. Here are steps to try:

If things already work fine on your end after doing these steps, it’s likely that something became corrupted in iOS related to image indexing. Deleting half of the images either made adequate space available or initiated a rebuild operation.

Don’t forget to keep your Mac constantly clean and optimized for top performance through safe, reliable tools such as Mac repair app. It will run a quick scan, pinpoint issues you can resolve, and eliminate unnecessary apps and other space hogs that could be causing errors in operation. 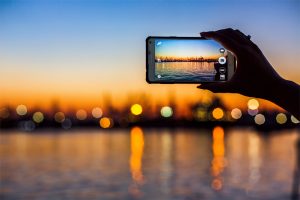 A Few Key Things To Remember

Image Capture doesn’t offer an option, like Photos does, to import only new images. If it doesn’t use the same naming format as another file storage app such as Dropbox, you might end up with duplicates the next time you import images and things work glitch-free again.

Address this concern through the following steps:

If by doing this your photos are transferred as HEIC files instead of JPEGs, go to Settings > Camera > Formats. Toggle it over to Most Compatible, so future photos will be in the usual JPEG format.

In general, if you aim to import media automatically from your external device every time you connect it to your Mac, select the AutoImporter option from the drop down menu on Image Capture. You will find the imported images in a subfolder within Pictures located at /Users/[Your Username]/Pictures.

Have you encountered error 9956 and similar image importing issues in the Image Capture app on your Mac? Tell us about your experience and what solution worked for you!