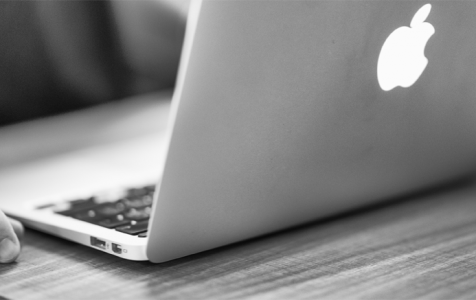 Contents hide
What Is Error -6002U?
Can Your Mac Boot into Internet Recovery Mode?
How to Fix the Error -6002U
Step 1: Get Out of the Boot Loop.
Step 2: Boot into Safe Mode.
Step 3: Reset the PRAM and SMC.
Step 4: Boot from the Installation Disk.
Step 5: Restore from a Time Machine Backup.
Summary
Quick Fix

Fortunately, macOS is equipped with a built-in troubleshooting tool for cases like this. The macOS Recovery tool is designed to help Mac users restore from a previous backup, repair a corrupted disk, or reinstall a clean version of the operating system. This feature allows users to recover from problematic software issues and other Mac error codes.

-6002u is a Mac error code related to the Internet Recovery Mode. Error -6002U is a kernel panic which leads to your Mac restarting for no obvious reason. It is the Mac version of the blue screen errors or BSOD errors on Windows computers.

When this occurs, users will see the globe logo and the apple.com support message below, along with the -6002U error code. When this error appears, the device will be forced to restart, and in most cases, get stuck in a Mac boot loop.

The Mac error code -6002u is not a common macOS error and there are very few online resources that Mac users can turn to resolve this. For this reason, Mac users who encounter this error are at a loss on how to deal with it without losing data or reinstalling the whole macOS.

There is no clear reason behind this error, which makes it all the more difficult to fix. It could be caused by a corrupted system file related to Internet Recovery, or it could be due to an unstable internet connection. Some of the users, however, noted that the error occurred when doing Internet Recovery using older Macs.

So, the first thing you need to consider is whether your Mac is compatible with Internet Recovery.

Can Your Mac Boot into Internet Recovery Mode?

The Internet Recovery Mode is available only to Mac versions released after 2012. If you’re using a Mac released before 2012, you will need to use the old Recovery Mode or the original macOS installer that came with your Mac.

However, Apple later released a firmware update that allowed computers installed with OS X Snow Leopard and earlier macOS versions to use the Internet Recovery feature.

These are the devices that can use Internet Recovery after installing the firmware update:

If your device was released after 2012 or if it is included in the list above and it has been installed with the necessary firmware, then you should be able to launch Internet Recovery Mode without an error. If you encounter the error -6002U during the process, then there must be something wrong somewhere.

Resolving this kernel panic error -6002U can be tricky because most people don’t know where to start. If you’re not careful, you might make the problem worse or cause you to completely lose everything on your Mac.

Here are some steps you can take when you’re stuck in a Mac boot loop due to the error -6002U:

The first thing you need to do is to stop the boot loop and force shutdown your Mac. To do this, hold the Power button for a few seconds until the computer is turned off. Remove all computer peripherals, such as a mouse, camera, external keyboard, speakers, USB devices, and others. Disconnect your LAN cables if you are using a wired connection.

The next thing you need to do is to boot into Safe Mode. This should allow you to perform some troubleshooting steps that could hopefully resolve the error -6002U. To restart in Safe Mode, press the Power button to turn on your Mac, then press the Shift key after you hear the startup sound. You’ll know you’ve successfully booted into Safe Mode when you see the “Safe Mode” label after restarting.

If you were able to boot into Safe Mode without a problem, then the error -6002U could be caused by a third-party app or extension you installed. Uninstall any app, extension, add-on, or any piece of software you installed right before the error occurred. Delete all installation files and other junk associated with these problematic apps using a Mac cleaning software called Mac repair app. It will also delete cache files that might be causing problems for your Mac.

Step 3: Reset the PRAM and SMC.

The PRAM stands for Parameter RAM, which uses a small amount of memory to store certain settings for quick access while the SMC or system management controller manage certain aspects of your Mac, including power, battery, display, and others. Resetting these two factors can help resolve the error -6002U.

To reset the SMC, do the following:

Step 4: Boot from the Installation Disk.

Restart your Mac in normal mode and see if the problem has been resolved.

If the above steps don’t work and you’re out of options, the only way to resolve the error is to restore from your Time Machine backup. This requires that you have a copy of your entire operating system, as well as all the files, documents, and settings on Time Machine.

The error -6002U can be quite a headache because the error just pops up out of the blue. There are no known symptoms or indications that there is something wrong with the computer, making it harder to diagnose the problem. So if you are stuck in a boot loop due to error -6002U and you don’t know what to do, simply follow the guide above to get this error sorted out.