Home » Mac » Screen Flickers After Updating to Mojave: How to Fix

Screen Flickers After Updating to Mojave: How to Fix 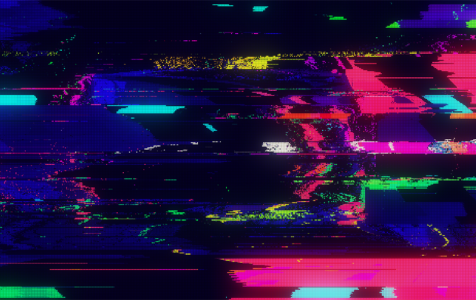 MacOS Mojave is one of the biggest OS updates ever released by Apple. It came with a lot of new features and amazing improvements that redesigned the whole macOS experience. Unfortunately, it also came with a lot of bugs and issues.

One of the problems that has been bugging Mac users is the screen flickering issue after installing the Mojave update. After upgrading to macOS 10.14, users started noticing display problems, allowing them to conclude that the Mojave update caused their screens to flicker.

According to reports, the screen flickering issue affects both Retina and non-Retina Macs. The degree of flickering also varies from one Mac to another. For some, the screen is filled with static, which looks like an old TV monitor. Others notice horizontal stripes on their screen, while some Mac screens have darkened corners. This flickering can be hard on the eyes and cause eye fatigue. Other users who got the worst case of flickering, can’t get anything done at all because they can’t see a thing on their screen.

According to reports, the issue happens randomly, with or without apps open . In some cases, the flicker is worse when the computer is woken up from Sleep mode. For some Mac users, restarting the computer resolves the flickering for a while, but then the display flickers again after a while. Changing the monitor does not resolve the issue and only results in a different screen flicker pattern.

The Macs afflicted with this problem have one thing in common: they were all working fine until the Mojave update was installed. After upgrading their macOS version, the users noted their screen started flickering. This obviously looks like a bug associated with the macOS Mojave update, but Apple is yet to release an official fix for this. And with the long list of Mojave-related bugs Apple has to deal with, it might take a while for this to be resolved.

If you’ve got the flicker bug after updating to Mojave, you can try the methods below to see which one can fix your display.

How to Deal with Screen Flickering After Mojave Update

Before you do anything drastic, you might want to try to do some basic troubleshooting to see if they would help. Try these steps first:

The SMC controls all power and hardware functions on your computer. So if any of your hardware is not functioning properly, such as the screen, resetting the SMC should be one of the first steps you should try. There are different ways to reset the SMC, depending on your Mac model.

If your Mac has a non-removable battery, follow the steps below:

If you have a non-portable Mac, such as an iMac, Mac Pro, or Mac Mini, follow these steps to reset the SMC:

If your Mac’s screen flickers after the Mojave update and resetting the SMC does not make any difference, you might want to try resetting the NVRAM next.

This feature is only available for MacBook Pro models which allows macOS to switch between two graphics processing units (GPU) for better graphic performance. But sometimes, this feature causes display problems such as screen flickering. Disabling this feature usually does the trick.

To turn off Automatic Graphics Switching for your MacBook Pro, follow the steps below:

Restart your computer for the changes to take effect.

Fix #4: Uninstall the App that Causes the Flickering.

In many cases, the screen flickering is usually triggered by a third-party app, particularly web browsers. Some of the common culprits are Chromium, Firefox, and Chrome. Booting into Safe Mode can verify whether the problem is caused by a third-party app or is hardware-related. If the flicker disappears while in Safe Mode, it means that the problem is caused by a non-Apple software and you need to do some trial and error to find out which app is causing your screen to flicker.

Once you’ve found out which app is responsible, just drag it to the Trash to uninstall. You can try installing a fresh copy of the app to see if it will work without affecting your display.

The screen flickering problem is not only annoying, but unproductive and unhealthy as well. This issue is caused primarily by the macOS Mojave update, but waiting for Apple to resolve this bug might take some time. Alternatively, you can try the methods above to see which one works for you.