MacBook Versus iPad Pro: Your 101 Guide 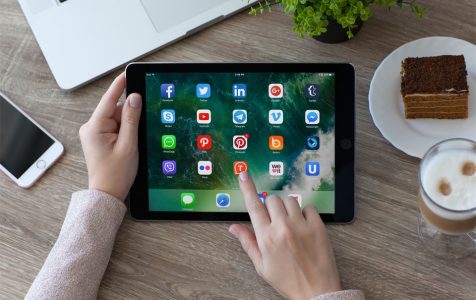 Since the release of the iPad Pro, many Apple fans found themselves torn between getting an iPad or a MacBook. While some think that the iPad Pro is an incredible device because of its portability and how it works well as long as there is an Internet connection, others believe that a MacBook is still the excellent multi-tasking device with a permanent keyboard, but either way, both can be used in coffee shops, classroom setting, meeting rooms, at home, and every other place you can imagine.

Unfortunately, many Apple fans fail to look beyond pricing and portability. Both the laptop and the tablet offer distinct features that affect productivity and more. That is why, with this guide, we can help you narrow the gaps between these two promising devices and help you choose whether an iPad Pro or a MacBook suits you.

The Advantages of an iPad Pro

Here are some reasons why you should get an iPad Pro instead of a MacBook:

To date, there is still no touchscreen functionality in MacBook but an iPad, being a tablet, have such an advanced feature. Not only does it have a responsive touchscreen that is ideal for image editing tasks, it also has a powerful stylus that can help you with the tiniest detail. So, if your line of work is more into producing creative and detailed visuals, you can give this device a try.

Although Apple has equipped their MacBook models with a Trackpad that mimics some tricks you can do on a touchscreen, when it comes to pure touch-based navigation, iPad Pro still dominates the MacBook.

iPads have an added layer of security that MacBooks lack. It’s the Touch ID. Though this biometric fingerprint scanner isn’t really a foolproof way to securing your iPad Pro, having this extra layer of security is something that Apple fans can use.

It is true that MacBooks are equipped with a front camera that can be used for video chatting and digitizing handwritten signatures for signing contracts, documents, and PDFs. However, unlike iPad Pro tablets, MacBooks do not have a rear camera.

Even though only a few people use their iPad Pro’s 8MP rear camera to take photos because a smartphone can do a better job, it can still be pretty handy, especially during meetings where you need to add additional photos.

With its four built-in stereo speakers and 12.9″ display, the iPad Pro seems perfect for playing games. And if you enjoy watching videos better than playing games, you’d also love the immersive experience it offers. With no screen and keyboard, this device is portability and efficiency at its finest.

The latest iPad Pro model comes with a built-in 4G connectivity and a Wi-Fi feature that is great for people who are always on-the-go. Though MacBooks can be used to connect to the web via Wi-Fi, they still lack the cellular aspect.

Of course, that is not much of a problem because you can always hotspot your iPhone and give your MacBook access to the Internet. However, using your iPhone as a Wi-Fi hotspot reduces its battery power. So, if there are no available power outlets, you might still have problems using a cellular Internet connection.

The iPad Pro can last up to 10 hours under regular usage. That beats the battery life of some MacBooks. The earlier MacBooks only last up to 9 hours.

Ever heard of Apple Pay? It’s a secure mobile payment system introduced by Apple to make online purchases more convenient and faster. Because it works with Touch ID, this feature is only available on Apple mobile devices like the Apple Watch, the iPhones, and the iPads.

As for size and dimension concerns, MacBooks seem to be bulkier than an iPad Pro. MacBook Air, the slimmest Mac laptop, has a thickness of 13.1 mm, while the iPad Pro’s is only 6.9 mm thick.

The Advantages of a MacBook

If the iPad Pro isn’t for you, then maybe a MacBook is. Here are some advantages of a MacBook over an iPad Pro:

The apps available for iPad Pro don’t always have the full features available from their desktop counterparts. Just compare the PhotoShop software on a MacBook and the PhotoShop Express app for the tablet and you will understand what we are talking about.

With a MacBook, file management is an easy task. You can group documents into folders simply by using the drag and drop. The iOS, on the other hand, does not let you do that. Sure, you can live without file management, but if you are working on a lot of files for work, you’d probably feel the inconvenience.

Additionally, you can also get rid of files that are affecting your MacBook’s performance. Simply install software like the Mac repair app and let it do the task of identifying the apps and files that are slowing down your MacBook.

iPad Pro has a built-in 128 GB internal storage and 4GB memory, while MacBooks can have up to 1 TB storage space and 16 GB memory. Yes, you can do a lot with iPad Pro’s 128 GB, but if you compare it with MacBook’s 1 TB storage, that is quite a huge gap.

Aside from the one-port MacBook model, most MacBooks have built-in Thunderbolt and USB ports designed for connecting printers, external hard drives, and other peripherals. With such features, you can definitely turn your MacBook into a desktop PC in an instant.

The ability to multi-task is one of the top reasons why many choose to buy a MacBook more than an iPad. With this feature, you are sure to experience a significant productivity boost. For instance, you can open multiple Word documents at a time and you can even watch movies while doing that. But with an iPad Pro, you can’t.

6. Supports the Use of Multiple Monitors

Depending on the model of the MacBook you are using, you can connect two external monitors on your computer to boost productivity. Yes, you can connect your iPad Pro to another monitor using AV adapters or Apple TV, but the tablet is not designed to support more than one monitor.

While MacBooks do not have the iPad Pro’s Touch ID feature, it offers more security options. You can install apps and software like Kaspersky that limit the installation of software and prevent malware from wreaking havoc on your system.

If we combine the weight of an iPad Pro and its Smart Keyboard, it actually sums up to 2.33 pounds, making them heavier than a 2.30-pound MacBook.

In the MacBook versus iPad battle, which device do you think wins? Well, it’s still hard to answer, especially if we take into account their advantages. If you work as a creative, editing photos and videos on the fly, then you can probably consider buying an iPad Pro. But if you use USB-powered devices in your line of work and rely so much on different software, a MacBook could be your best option.