Home » Mac » How to Benchmark Your Mac’s Speed and Performance

How to Benchmark Your Mac’s Speed and Performance 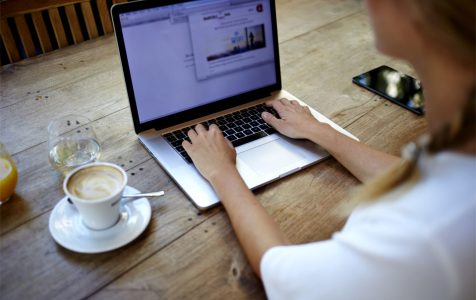 Most people think that Macs are faster than PCs, but it’s hard to say without actual numbers. In case you’re looking to improve your site’s speed, then this post should help you out. What is fast for me, might not be fast for another. How do you compare the speed between two computers or operating systems? The answer to this problem is benchmarking. Benchmarking means using different applications to benchmark your devices’ performances. It specifically measures the performance of the individual components of your computer. So if you want to check if your computer’s CPU, GPU, and/or hard drive are in good running condition, read on below.

Why Should You Conduct a Mac Speed Test?

Performance is hard to quantify since it is a very subjective matter. Benchmarking provides you with the numbers which you can compare with other devices or machines. This way, you’ll be able to see whether your device is lagging behind the other device’s performance.

In other words, benchmarking is a method of evaluating the performance of your device. The Mac performance test will help you decide whether you need to buy a laptop or upgrade your computer’s hardware. It will also help you understand how the various pieces of hardware are performing and how you can enhance the individual pieces.

There are apps available in the market that are mainly used for Mac speed test. However, the easiest to use and the most widely recommended is the Geekbench 4 or GB4 by Primate Labs. Aside from Mac, you can also use it to benchmark iPhones and iPads. It also works across different platforms such as Windows, Android, macOS, and iOS. Geekbench is a paid app but you use the Tryout version for general benchmarking. You need an active Internet connection for the Mac speed test because GB4 will automatically upload the benchmarking results to its website in order for you to compare with others. The main advantage of using the GB4 is that it is very easy to use and you don’t need technical knowledge to run the app. To run a computer speed test for Mac:

Here’s a tip – you can improve your CPU’s speed and performance by regularly cleaning up your computer using third party cleaning tools like Outbyte macAries. The app not only deletes all your trash and unwanted files, it also optimizes your RAM boosting your Mac’s speed as a result.

Once the test is done, don’t get overwhelmed by the information on the ‘Will it Work?’ and ‘How Fast?’ charts. You only need to check out the big gauges at the top. The left gauge will show you the write speed and this will give you an idea of how fast data will be written on the drive. The right gauge, on the other hand, shows the read speed, which tells you how fast it will take for apps and files to load on your computer.

Another aspect you have to test on your computer is the performance of your graphics card. You can use the Maxon’s Cinebench because of how easy it is to use. Cinebench also measures the speed of your CPU, like what Geekbench does, but it doesn’t have the ability to share results so you can’t compare your results with others. However, one of its useful features is its ability to measure graphics card performance. To run the text:

Older versions of Mac score around 40-50fps while newer versions can hit speeds between 70-80fps. And unlike other computers, Mac graphics card can’t be upgraded on most Macs. So if you think you need a better graphics card for your computer, you’ll probably need to buy a new Mac.

These tests are important, not only because it shows how your Mac is performing, but it also shows you whether you need to upgrade the components of your Mac or worse, you need to buy a new one.