How to Free More Space on a Mac? 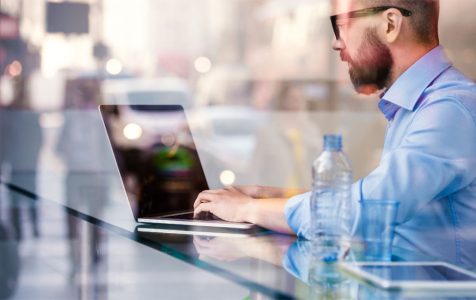 Contents hide
What is the Startup Disk?
How to Free Up Storage Space on a Mac
Quick Fix

If you’re looking for solutions on how to fix ‘startup disk full’ error on your Mac or simply want to clean or optimize your storage space, you’ve come to the right place. Although the newest models of Apple computers are now equipped with relatively large hard drives, some users still find themselves dealing with the startup disk full error. It is because pre-installed programs can already take a significant portion of disk space and over time, different kinds of files will gradually fill the remaining space. Sooner or later, the user might receive this message:

Your disk is almost full. Save space by optimizing storage.

Sure, you can simply ignore it — just click Close and go on with your merry life. However, ignoring it over and over again will not solve the problem. You will eventually get another form of a pop-up that reads:

Aside from this window popping up in the most inopportune moment, such as when you’re backing up your iPhone or saving a document that you have been working on for hours already, the issue can easily escalate. Eventually, you will notice your Mac starting to run slow, which defeats the purpose of owning a fast and reliable Mac in the first place.

For those who don’t know, it’s important to note that you should have at least 15% of free startup disk space for a Mac computer to run properly. So, if you keep on ignoring the friendly reminder to optimize your storage, your Mac will not thank you for it.

What is the Startup Disk?

By default, the startup disk is what’s known as the Macintosh HD. It is the partition in Mac’s hard disk where the Mac OS itself is installed. It is also where most of your files and apps are probably stored. Essentially, the startup disk is where the Mac OS will boot from, so it needs enough space in order to do its job. Once it begins to get filled, it will try to warn you before you experience the eventual slow-down.

Basically, fixing the startup disk full error requires freeing up disk space. But before you can do that, you first need to know what’s filling up space, so you’d know what you need to get rid of. Thankfully, this can be easily done.

In this tab, you will see how much of the disk is occupied by certain types of files, which are:

Once you know which ones take up most of the space in your disk, you will know where to start the purge.

How to Free Up Storage Space on a Mac

There are several ways on how to free up space on Mac and ultimately solve the startup disk full error. Luckily for you, almost all of these can be done easily.

This may sound elementary, but many of us forget about “taking out the trash” from our computers. When we delete files, they will go to the Trash, which serves as a holding area that you can go to in case you realize you need to recover what you deleted. However, the files in the Trash still occupy space, so you basically just moved the files to another folder. It is recommended to empty the Trash at least once a week. To do this:

You can also open the Trash and click the Empty button found at the top right corner.

A cache file is a temporary data file created by browsers, apps, and other programs. Even if you remove or stop using an application, the cache files remain in the Cache folder and when not checked, may take up a lot of space — we’re talking about tens of gigabytes here. So, it’s recommended that you clear the cache every once in a while. The Cache folders are inside the Library. You need to look for two types of these folders:

While in the Library folder, you may also want to check the Log files, another type of temporary files. They can be found in the Logs folder. But before you delete any of them, make sure that you no longer need them.

You are probably unaware that your Mac has 26 pre-installed dictionaries, which can be considered the most underrated space eaters. If you don’t need German, Russian, or Dutch translations, for instance, you’d want to consider deleting them along with other localisations. These can be found in the following directory:

If it has become your habit to sync your other Apple devices with iTunes, it is possible that there are dozens of backups and they tend to take up a lot of space. To delete old backups, go to:

Select old, outdated backups, then simply move them to the Trash.

You need to take a look at your Downloads, Documents, Pictures, Music, and Movies folders and decide which files you no longer need. Next, organize the files that will be left behind. You might also want to consider moving them to an external disk or taking advantage of the iCloud storage.

Applications are among the primary space takers, so it’s just logical to remove any that you haven’t used in a while and have no plans of using again. You need to remove them properly, though. Dragging and dropping them in the Trash won’t be enough. You also need to remove the cache and service files, which are found in the Library folder.

Once you have deleted the files and folders mentioned above, they will naturally end up in the Trash, so you will need to empty it again.

Probably one of the easiest and fastest ways to clean up your Mac to free up space is to utilize an automated cleaner such as Mac repair app. Automated mac cleaners are designed to clean up your disk from time to time, checking for unnecessary and outdated junk, caches, files, programs, backups, language packs, and logs, among others. They even take care of emptying the Trash for you. These programs also recommend ways to better optimize your Mac. Tools such as Mac repair app offer a long-term solution to issues known to Mac, helping you maximize its potential as a computing beast.