How to Fix Mac Audio Dropouts and Lagging Issues 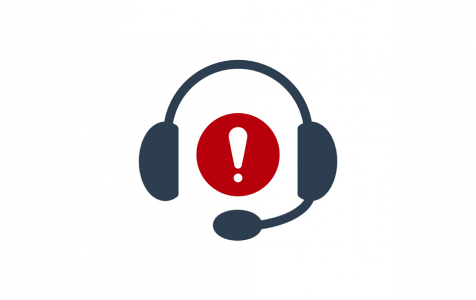 Contents hide
What Causes Audio Dropouts and Lagging in the latest Apple Computers?
How to Fix Mac Getting Audio Dropouts and Lagging
1. Reset the NVRAM and SMC.
How to Reset the SMC on Macs with the T2 Security Chip
Resetting the SMC on Mac Notebook Computers with the T2 chip:
2. Turn Off “Set time & date automatically” in the System Preferences.
3. Get a Thunderbolt or USB 3.0 Audio Interface.
4. Use an Older Mac Version.
Quick Fix

The latest computers by Apple have a bug that affects audio performance. As one user described it, his Mac experiences “terrible lag spikes” and “audio glitches.” This, he observes, destroys his motivation by denying him the chance to create music because, with the bug, he cannot listen to the music that he creates in Ableton Live Suite 10. The failure in audio output is also occasioned by an overheating of the Mac, which further erodes its performance.

The machines that are affected by this bug are all the latest models that have the Apple T2 Chip. These include:

The T2 chip is Apple’s second generation, custom silicon for Mac computers and is supposed to deliver new capabilities to the Mac by integrating several controllers – System Management Controller, audio controller, image signal processor, and the SSD controller- that are found in the Mac computers.

The intended result of this integration is more versatile machines, but it seems there is one significant drawback: poor audio performance.

This article will help you troubleshoot audio glitches that you might be experiencing as you try to play music on any of the devices listed above.

What Causes Audio Dropouts and Lagging in the latest Apple Computers?

The T2 chip, as it appears, is the cause of the audio glitch. There are issues with how it synchronizes timing, thus causing dropouts and glitches in the audio stream. The glitch impacts all USB 2.0 audio interfaces, and while some users might blame the USB 2.0 interface manufacturer, Apple is the real culprit given that the issue is software-related.

How to Fix Mac Getting Audio Dropouts and Lagging

If your Mac is getting terrible lag spikes and audio drops, there are multiple ways to solve the problem. These are going to be discussed below. But before you go any further, it is advised to clean your computer first with a reliable Mac cleaning tool, such as Mac repair app. This tool will scan your system for any performance limiting issues, like junk files, missing registry entries, and outdated software and correct them. With your computer scanned and fixed for any problems, it will respond more quickly to troubleshooting methods.

1. Reset the NVRAM and SMC.

SMC or System Management Controller controls several core functions on your Mac, such as battery management, selecting internal and external video source for some iMac displays, keyboard backlighting, and thermal management. Apple advises that resetting the SMC will help resolve the audio dropouts on Mac issue.

This is how to reset the SMC on Mac desktop computers with the T2 security Chip:

Check to see if the issue has been resolved. If not, follow these steps:

Resetting the SMC on Mac Notebook Computers with the T2 chip:

If the issue remains unresolved, take the following steps:

After resetting the SMC, you will also be required to reset PRAM and NVRAM.

The PRAM or Parameter Random Access Memory and the NVRAM (non-volatile random access memory) contain information about the configuration of your Mac. Such configuration information includes the date and time, volume, desktop, mouse, and other control settings. Resetting the NVRAM will stop the Audio dropouts on your Mac.

Here is how to reset both NVRAM and PRAM settings on your Mac:

After resetting your SMC and NVRAM, check to see whether your Mac is still experiencing audio problems.

2. Turn Off “Set time & date automatically” in the System Preferences.

Some Mac users have reported that unchecking time sync and the location sync in the Time zone tab on the Mac reduces the audio dropouts. This they note is only a temporary solution because the T2 chip will automatically try to sync back.

3. Get a Thunderbolt or USB 3.0 Audio Interface.

4. Use an Older Mac Version.

Many Mac users may not like this last solution, but it is known that the kind of audio glitches that we are discussing only affect users of newer machines. Thus, until the bug is convincingly solved by Apple, consider using an older computer that doesn’t incorporate the T2 chip.

If you still don’t know what to do about Mac audio dropouts after trying out on the solutions outlined here, you should probably contact Apple customer support. They will advise you accordingly.