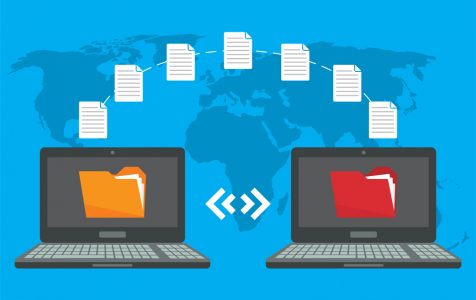 Copying files or folders from your Mac to another location, whether it’s an external drive or a USB drive, should be as easy as dragging the items to its destination. The process can take a few seconds to a couple of hours, depending on the amount of data you are trying to copy.

But copying files is not always a smooth process, particularly if you are copying several GBs of data or an entire drive. One of the Mac errors you might come across is the error code -8084, The operation can’t be completed because an unexpected error occurred. When this error pops up, the entire copying process leads to failure.

This problem has plagued a lot of users, both using newer and older versions of macOS. The error has been around for a long time that you’ll find several threads about it in discussion forums.

The Mac error code -8084, The operation can’t be completed because an unexpected error occurred is a copy file error that usually appears whenever you try to copy a large volume of files from one drive to another.

The operation can’t be completed because an unexpected error occurred (error code -8084).

This error appears not only when you try to copy large amounts of file but with smaller volumes as well, indicating that the problem is not related to the amount of data being copied. This error has caused various amounts of frustrations among the affected users, especially those who are copying files for backup purposes.

The number one reason why this error appears is because of file corruption. If one of the files you are trying to copy is corrupted, you won’t be able to copy that file to another location and the entire progress will be halted. The moment the corrupted file is encountered, the error message will automatically pop up and prevent your Mac from copying that specific file. And all the uncopied files will no longer be processed.

If you’re copying several hundreds of files all at once, finding the corrupt file is close to impossible, so it is recommended to copy by batch instead.The best way to get rid of corrupted files is by using a Mac cleaner, such as Mac repair app.

You should also check if the folder or files you are copying are locked. If they are, then you won’t be able to make any changes to the locked files unless they are unlocked. It is also possible that the error was caused by disk issues.

Whatever is causing the error code -8084 on Mac, it is fortunate that there are several ways to resolve this problem. Just work your way down our solutions below until you find the method that works for you.

When you get this error when you’re copying files to another folder or drive, you can try some of the fixes outlined in this guide:

Don’t copy everything at once. This will make it hard for you to figure out the problematic file if a problem occurred. Try to copy 10 to 20 files at once, instead of copying the entire folder. If you encounter the error when copying a specific batch, you can easily copy the files within that batch one by one until you find the culprit. Once you find the file that is causing the error, check if the file name has a special character or extra space that might be causing the problem.

Your Mac’s Disk Utility comes with a feature that lets you securely wipe the remaining free space on your drive by entering a command line.

To erase free space on your Mac, do the following:

The “freespace” in the command indicates that you are only deleting the free space on the drive, and not the whole drive itself.

The number “4” in the command line indicates the wipe level to be performed on the drive’s free space. There are different wipe levels you can choose from, depending on what you need the free space for:

The more passes involved when wiping the free space, the longer the deletion takes.

Method 3: Use the Terminal to Copy Files.

This should copy the files from the source folder to the destination folder.

If you’re using remote servers, try this method instead:

Try copying again to see if it works.