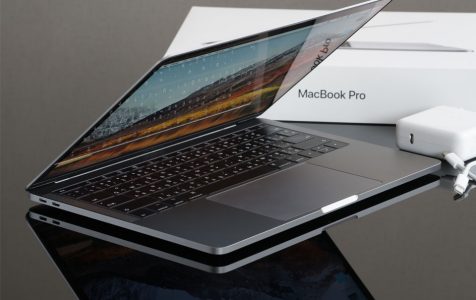 Contents hide
What is the AST 2 System Configuration Software?
What Now?
Quick Fix

What do you do when something goes wrong with your Mac hardware or you’re having software problems? Most people would run to the nearest Apple Service Center or Apple Store. But what most Mac users don’t know (and Apple prefers it that way) that it is not illegal to have your iPhone, iPad, Mac, or iMac to be repaired by someone not from Apple. And the reason is simple: revenue.

Over the years, Apple has been pushing for Apple users to have their iOS and macOS devices fixed in Apple Service Centers onlyin a bid to improve its Services revenue. It is also notable how the prices of AppleCare and services not covered by AppleCare have increased over the same time period.

And now, the same thing is happening to Mac – Apple is blocking third-party repairs on new Mac computers. An internal document which was distributed to Apple’s Authorized Service Providers last month reveals that Apple will soon introduce software locks that will prevent third-party and independent repair companies from fixing 2018 MacBook Pro computers. This software lock will brick your computer unless a proprietary Apple software is run after replacing parts of the system. For now, this software only works with computers installed with a T2 chip (2018 MacBook Pro and iMac Pro), but Apple will definitely implement this feature in future Apple products.

According to the document, hardware repairs will not be completed until Apple’s AST 2 System Configuration software has been run on the machine being fixed. And if the software (which is available only to certified Apple repair specialists) is not run, the computer will remain in an ‘inoperative state’, hereby forcing you to run to the nearest Apple Service Center.

What is the AST 2 System Configuration Software?

The AST 2 System Configuration software is a complete suite of tools to help repair, maintain and upgrade your Mac. It includes a Mac Resource inspector that provides a quick health check of your Mac’s hardware and software. The software suite also includes tools for checking other components of your Mac such as its display, system, power adapters, and memory.

The AST 2 System Configuration suite only works if connected to Apple’s Global Service Exchange or GSX, the company’s cloud-based server used to handle repairs and service. The cloud server requires an Apple login to access, which means that only authorized shops will be able to use the repair suite and fix T2-enabled computers. Failure to use the The AST 2 System Configuration after a repair will result in ‘an inoperative system and an incomplete repair’, according to the document.

The software lock applies to any repair that involves replacing the display assembly, logic board, keyboard, touchpad, internal housing, and Touch ID board on the MacBook Pro. For iMac Pros, the software lock turns on when the Logic Board or the flash storage is replaced. The repair will only be completed once one of Apple’s authorized service providers runs the Apple Service Toolkit 2. Apple is using proprietary software to lock MacBook Pros and iMac, and without this Apple proprietary software, it will be impossible to do your own repairs or send your Mac to the nearest third-party repair center. Some users and tech critics consider this new software lock a hassle, especially for those without an authorized Apple Service Provider near their place.

Apple being strict about repairs is nothing new. These airtight measures are presumably implemented to ensure security, especially during these times when hardware security is very much controversial.

Other critics, however, think that Apple is shoving its ‘Services’ down our throat. Building a laptop that needs to run a piece of software that only Apple has access to is going to have some serious ramifications. Apple might claim this as a proprietary move because an Apple device connects to an Apple proprietary processor, but this new software lock should give anyone a pause.

Although the software locks seem to be not operative yet, Apple preventing third-party Mac Pro & 2018 MacBook Pro repairs still paints a grim picture for independent and third-party repair companies. What we can do now is pray and make sure that our Macs won’t need any repair in the near future. To do this, you can optimize your Mac’s performance, using an app such as Mac repair app. It scans your computer for issues and fixes them before they cause you any real problem.