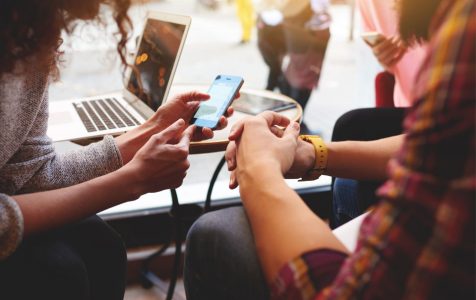 Contents hide
Apple News Always Crashes on Mac: How to Fix It?
Fix 1: Force Quit and Restart the News App
Fix 2: Boot in Safe Mode to Isolate the Issue
Fix 3: Apply Software Updates
Fix 4: Uninstall the News App and Reinstall It
Additional Way to Fix an App That Keeps Crashing on Mac
Summing Up

The News app on Mac provides a quick glance of news from different parts of the world. The good thing is that it updates every second, so any time you refresh the app, you will get the latest news. However, this app can malfunction at times. Some users have complained that after the latest update, the Apple News app keeps crashing.

Following the release of macOS 10.14 and iOS 12.2, which coincided with the launch of the Apple News+ subscription service, quite a number of users reported that their Apple News keeps crashing on Mojave just after a few minutes of use.

The issue of the News app not working on Mac is most likely to be related to a technical hiccup following the rollout of the Apple News+. Some users suspect the problem could be related to the update.

With so much hype and fanfare, many users wondered if the product went through beta testing. Frustrating as it is, most of them did not have any other choice than to wait for Apple to fix it, which they actually did. But, the issue of the News app not working on Mac still agonizes some users. For this reason, we have suggested different solutions to fix the problem.

Apple News Always Crashes on Mac: How to Fix It?

The first workaround that you can try is to force quit the Apple News app, and then relaunch it. This trick sounds so simple, but a reboot can work wonders in fixing most issues you have with your Mac, including a News app that is misbehaving. The trick has made a lot of seemingly-incompatible apps to work on Mojave.

Fix 2: Boot in Safe Mode to Isolate the Issue

Booting your Mac in Safe Mode lets you run the least number of applications and processes. Your Mac will only load the required kernel extensions and prevents login and startup items from loading automatically.

To start your Mac in Safe Mode, follow these simple instructions:

Sometimes, the app may be bogged down by some weird bug, which has already been fixed by Apple. So, try installing all available updates and check if the issue persists.

To check for updates, open the App Store app and click on the Updates icon. From here, look for the updates for this faulty app, then click the Update button next to it.

Fix 4: Uninstall the News App and Reinstall It

If the problem continues to bother you, delete the app, and then reinstall it. But keep in mind that deleting the app will also wipe out the existing data. Be sure to follow the right procedure when deleting the News app on your Mac.

With that said, you should note that uninstalling an app entails more than just dragging it to the Trash. Some problematic parts you don’t see, such as caches, saved states, preferences, and more, might continue to take effect when you reinstall the app.

So, a smarter way to remove a pile of associated files is to run a robust third-party tool like Outbyte MacRepair. It will scan your system to diagnose problems, delete caches, and remove temporary files, thus restoring stability. This tool is designed to get into your system and identify issues that need to be fixed.

Additional Way to Fix an App That Keeps Crashing on Mac

If, after trying all the above workarounds, your news app still won’t work, you may need to try this trick. Some users have had success using the trick to resolve apps issues in Mac. Here is how to do it:

Like most apps, the Apple News app can run into a variety of problems, causing it to crash. This erratic behavior is quite frustrating, especially when the reason for the crash is not apparent. We hope that the above-recommended solutions helped you to fix your misbehaving news app on Mac.

Which trick worked for you? Share it with us in the comments section.